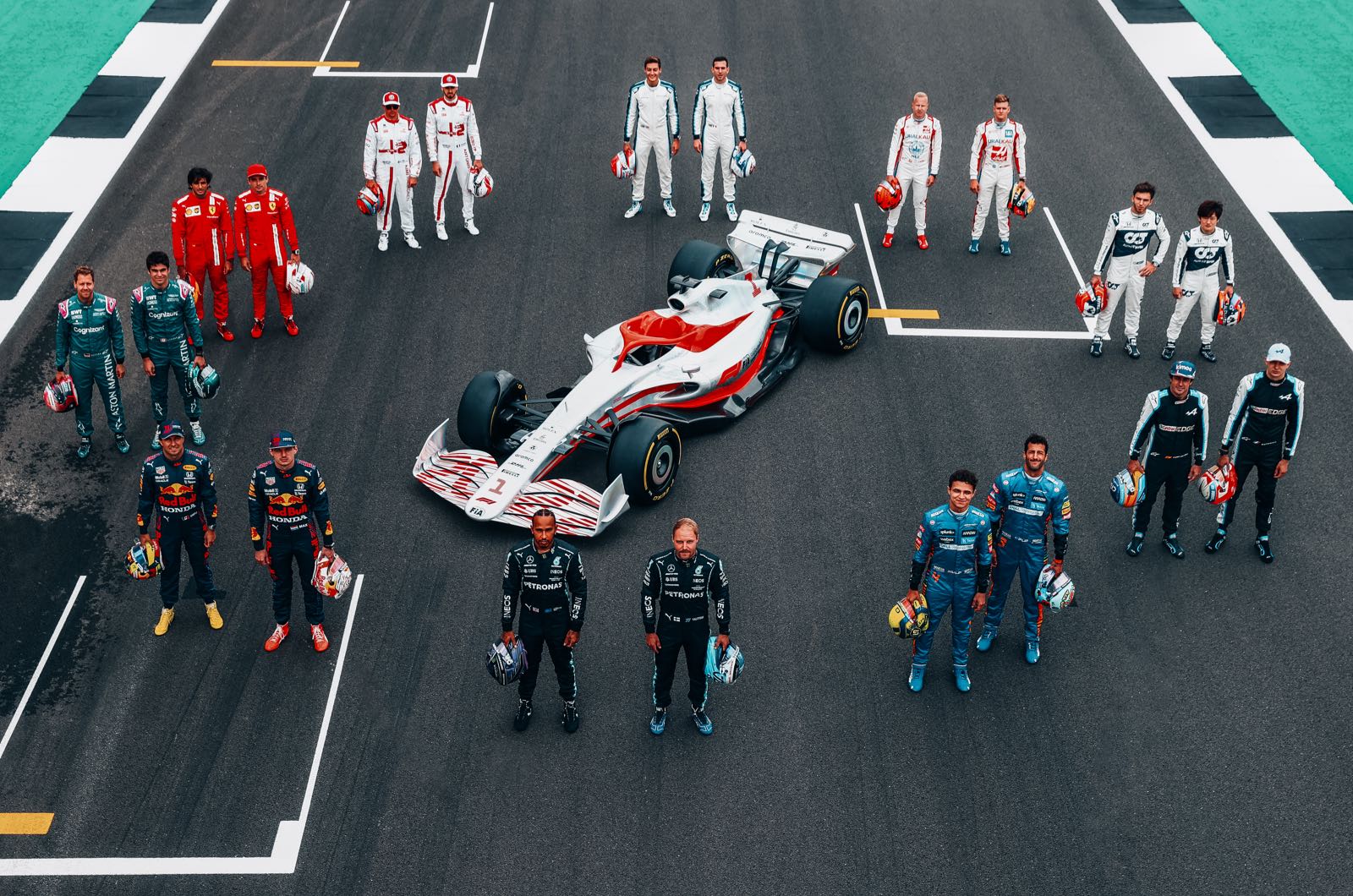 The official Formula 1 show car, revealed by the drivers on the Silverstone grid on Thursday, is an accurate depiction of what next year's racers will look like.

That is the view of Fernando Alonso - even if his Australian rival Daniel Ricciardo is unimpressed with what he saw.

"It's terrible. It's sh*t. It's worse," Ricciardo reportedly said over a 'hot mic' as the current drivers stood around to look at the 2022 show car.

"To be honest, I don't recall saying anything like that because I actually thought it was pretty cool. I wouldn't have been that aggressive," said Ricciardo.

"Maybe it was the paint scheme."

Italy's La Gazzetta dello Sport also defended the show car, explaining that once the teams' actual 2022 cars hit the track, they will feature much more detail.

Two-time champion Alonso, 39, said the most important thing is that F1 is getting greener, with better racing and "more contenders for wins and podiums" on the horizon.

The Spaniard added: "I don't think the real cars will be much different from what we saw today.

"The regulations are pretty strict - there is no longer the freedom that we may have had before.

"Obviously each team has its own philosophy, so the new cars will not look exactly as we saw today. But the differences will be visible only to experts.

"Ordinary people will not notice much difference from what we saw at the presentation," Alonso said.

Ferrari's Carlos Sainz says he thinks the 2022 car's look is "nice and aggressive".

"The front wing doesn't appeal to me much, but we will probably see different solutions," he added.

"It seems to me that it is simpler and in theory better for following one another. If it brings more spectacle, it's welcome.

"I'm not going to say what the Ferrari will be like, but it will be different," said the Spaniard.

As for the performance, Sainz revealed that - like Charles Leclerc - he has already driven the 2022 car in the Ferrari simulator.

"It's heavier, so the braking is a bit longer, but although the car is very different, it doesn't drive very differently," he said.