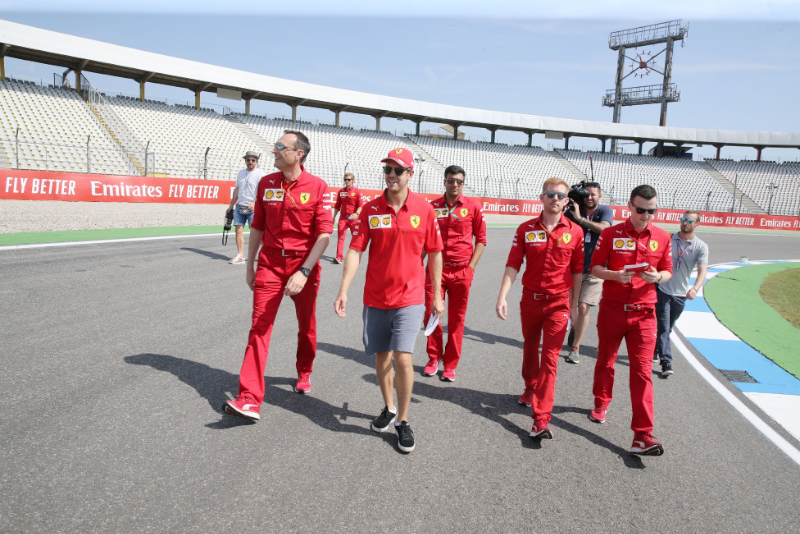 Sebastian Vettel says quitting Formula 1 is "not an option".

Clearly under pressure at Ferrari, the 32-year-old German insists he is still enjoying driving "the fastest cars there are".

And so he told the German broadcaster RTL ahead of his home race at Hockenheim that quitting is "not an option".

"The goal is to succeed with Ferrari," he added.

When asked specifically about reports that he is thinking about stopping at the end of 2019, the quadruple world champion added: "Well, I've never said that.

"I wonder who did, but it is unfounded," said Vettel.