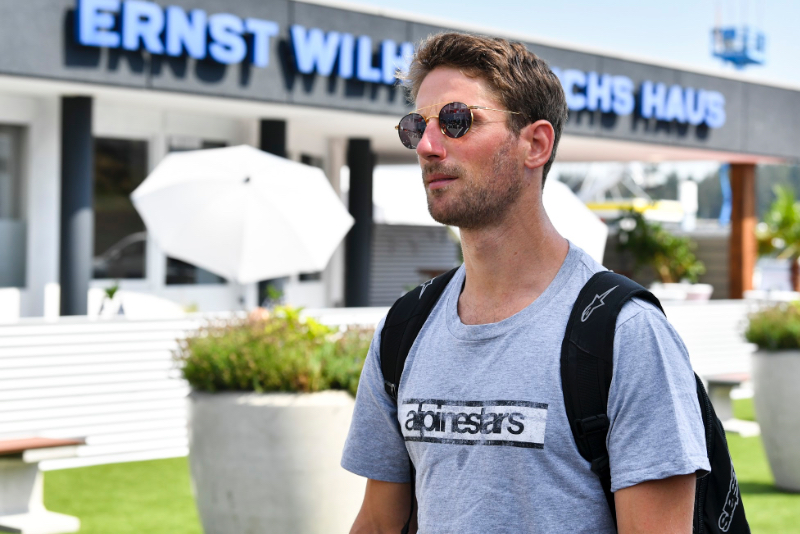 Romain Grosjean has admitted his place at Haas for 2020 may not be secure.

According to paddock rumours, there are several candidates to replace him, including Esteban Ocon, Nico Hulkenberg and Sergio Perez.

Teammate Kevin Magnussen, on the other hand, is relaxed.

"I have a contract for next year and so I don't care about what is happening elsewhere," he told BT newspaper.

Grosjean's position is very different, given his expiring contract, a spate of driver errors, and boss Gunther Steiner's fury that the current drivers collided again at Silverstone.

"I can confirm that we will have two drivers in 2020," Steiner smiled at Hockenheim.

He admitted he is still furious about what happened at Silverstone, and it is believed he could retaliate by splitting up Haas' 2019 drivers.

"I can do a lot," said Steiner when asked what he can do about the situation.

"As I have said all along, we will decide who our drivers will be after the summer break. And then you will all come here in Belgium and ask me and I will tell you again that I need more time," he laughed again.

As for the candidates, Nico Hulkenberg admitted he is out of contract at Renault but said an extension is "likely".

And Perez thinks that his Mexican backer Carlos Slim is still supportive of the Racing Point project.

"I will decide on the future during the summer break," he said. "But with Carlos everything is the same as before. He is happy to support any decision I make about the future."

So for now, Grosjean is waiting to know his future and starting to look around at the alternatives. One rumour has linked him with a move to Formula E.

"The first goal is to stay at Haas," the Frenchman told RMC Sport. "The other solution is to find another good team, but I think the priority is Haas.

"I'm pretty happy with the work I've done here. I was not wrong when I said the old car was better than the new one so on that side I am happy."