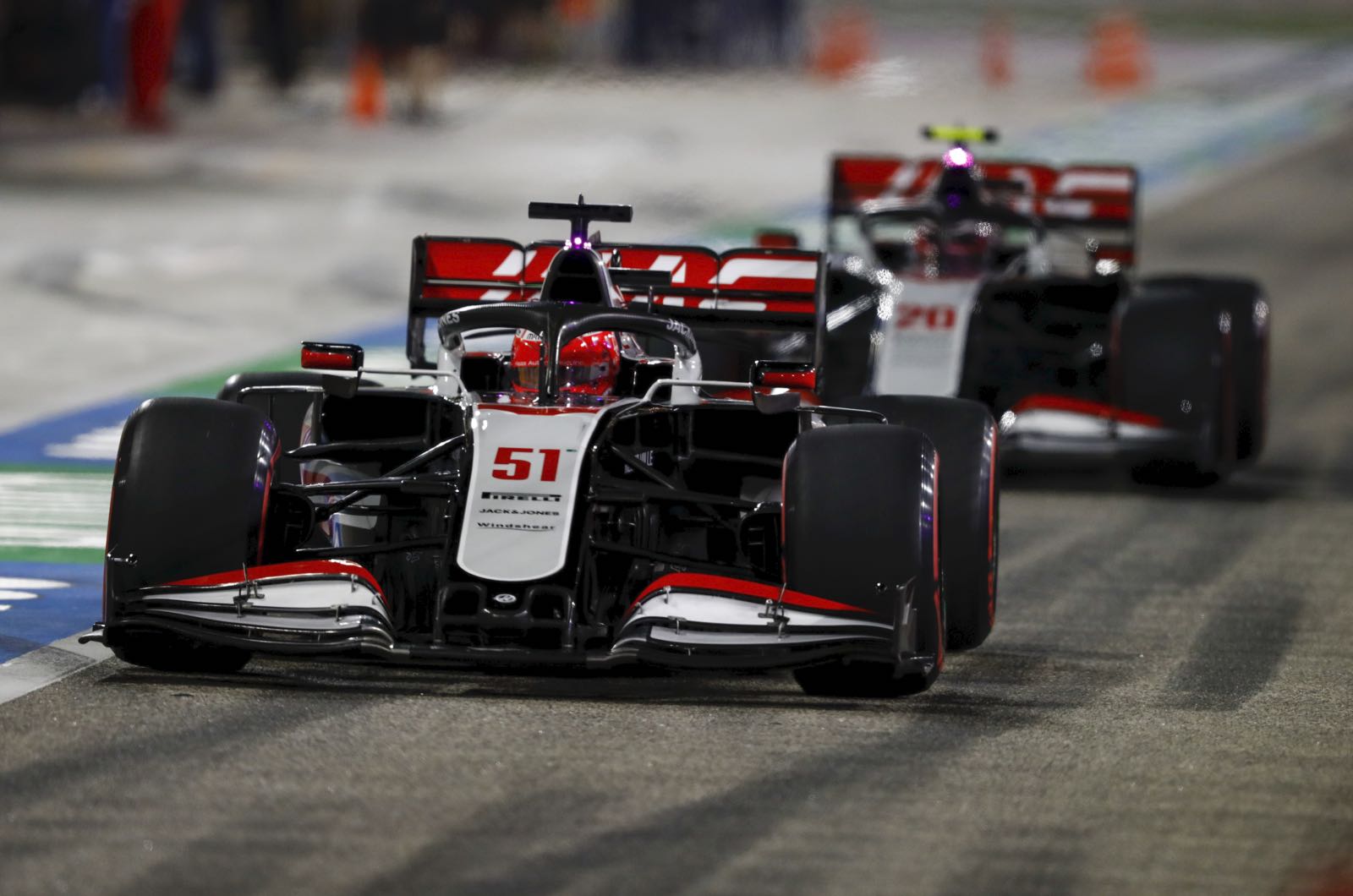 Dane Magnussen was happy with his performance on Saturday - 16th - calling it his "best qualifying result in a long time" in his Haas car.

"It was close," he said, after just missing out on getting into Q2.

"It was actually a Red Bull that I was about to knock out," Magnussen added, referring to Alex Albon.

On the other hand, Magnussen's stand-in teammate Pietro Fittipaldi - in the injured Grosjean's car this weekend - qualified dead last, over seven tenths slower than the sister car on Bahrain's ultra-short outer layout.

"It's not easy to take over a car that you haven't tested," he told BT newspaper.

"I think Pietro has picked up speed quickly and I hope he enjoys driving in Formula 1."

Frenchman Grosjean, however, staked a claim on returning to his cockpit next weekend in Abu Dhabi by actually sitting in Fittpaldi's car in the Haas garage on Saturday with his heavily-bandaged hands.

"The doctors can't say anything definitive yet," Grosjean said.

"I would like to end my Formula 1 career by crossing the finish line, but the most important thing is that I am alive. If I can't drive in Abu Dhabi, it's ok."

Grosjean has said that if he has to sit out his last-ever grand prix, he will ask every team on the grid if he is able to do a few farewell laps in January.

"If we are allowed, and if the teams he drove for do not give him that opportunity, then we will," Mercedes team boss Toto Wolff said on Saturday.