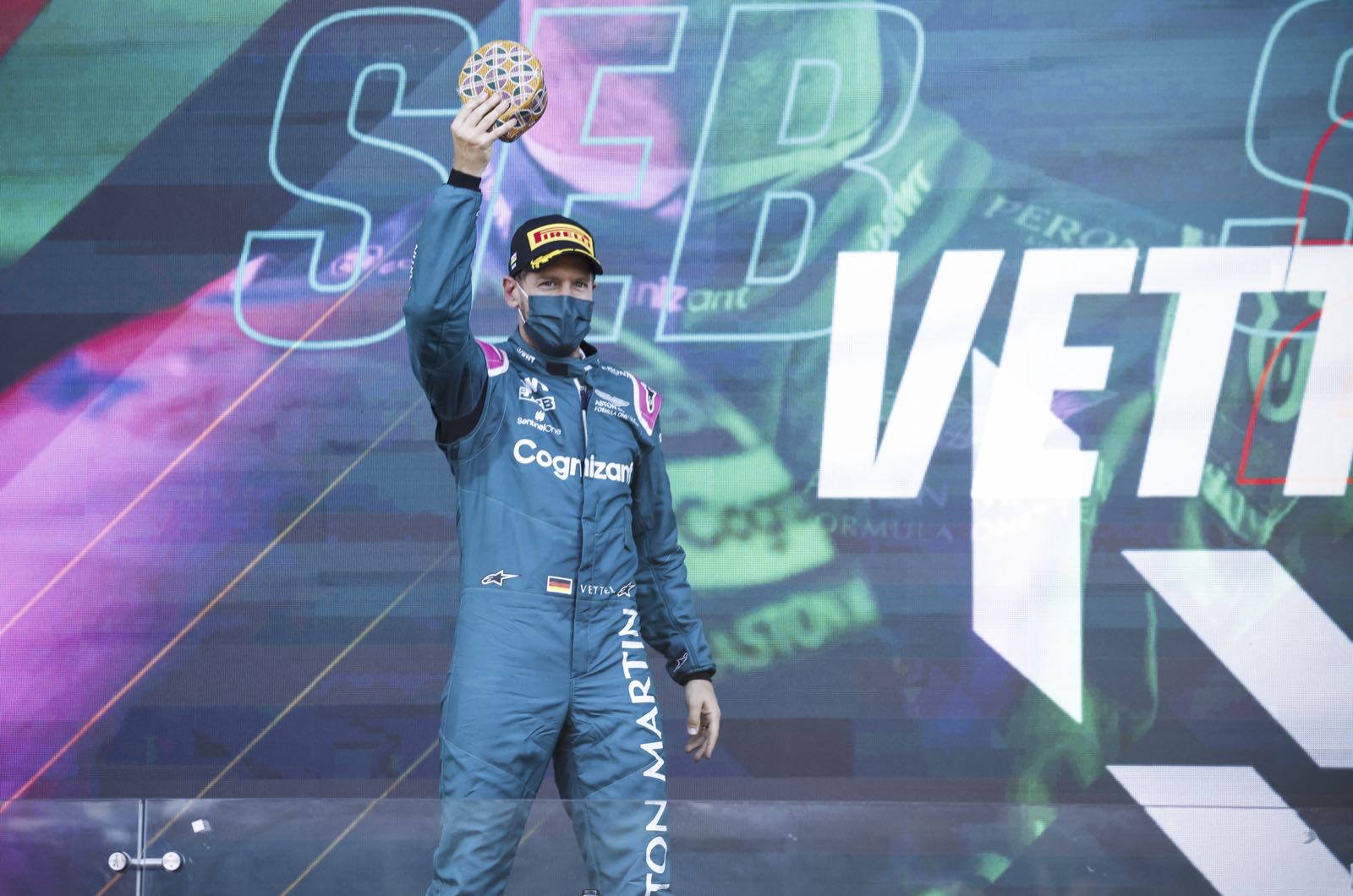 Sebastian Vettel is finally restoring his confidence after the ill-fated end to his Ferrari adventure.

That is the view of Kai Ebel, the legendary face of RTL's former long-time television coverage of Formula 1 in Germany.

He was speaking after Vettel brushed aside his struggle to get up to speed at Aston Martin this year by finishing second at Baku.

"He did everything right, kept his nerve and smelled the opportunity," Ebel told Sport1's AvD Motor und Sport magazine.

Some, however, were busily writing off the 33-year-old German after his sluggish start to 2021, but even Vettel admits the result "means a great deal".

"Obviously it's been a tough start for us," he explained. "We expected quite a bit more after the team had such a strong year last year, but I was confident that at some point it would start clicking."

Kai Ebel thinks Vettel's long slump can be traced back to when his relationship with Ferrari began to sour.

"For a few years he was virtually unbeatable - he won four titles," he said. "It meant he could walk around with a broad chest.

"But then he was at a team where someone was beating him, and then you can get self doubt and become insecure. He had to work his way back up.

"For me, it was just a matter of the mind. I think it's going to be better now. We are seeing a completely different Sebastian Vettel already," Ebel added.

Ebel says Vettel is a F1 driver who needs both "a family environment" within his team, and also to "feel comfortable inside and outside the car".

"That was the case at Red Bull - then he went to Ferrari, where the clocks tick differently. He was still comfortable with his friend Kimi Raikkonen, but something changed when Charles Leclerc came in.

"Vettel was no longer the big guy. The certain warmth that Vettel needs was gone," he said.