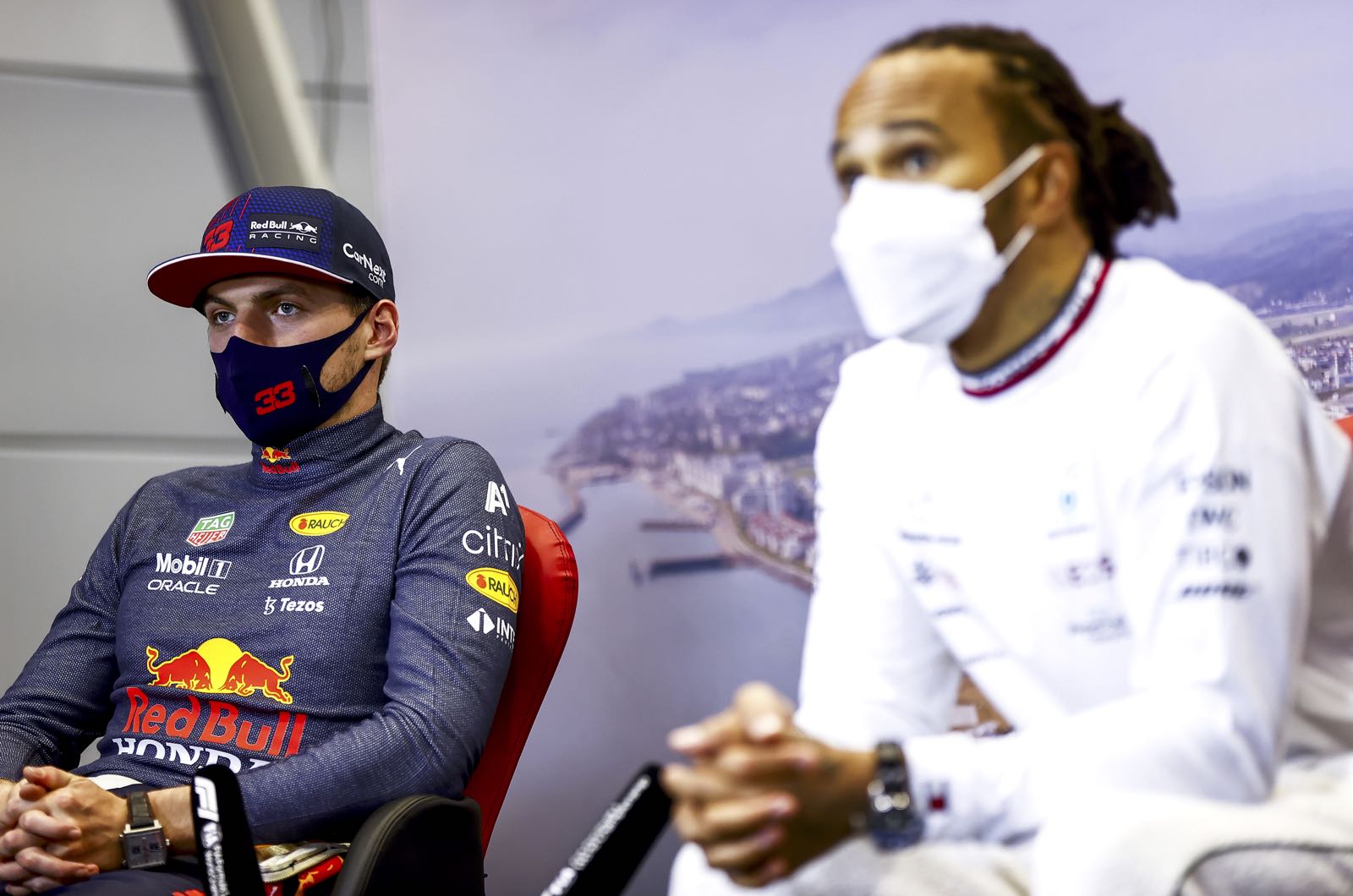 Max Verstappen has admitted he has stopped using the words 'Lewis Hamilton' and 'Mercedes' as the incredibly tense and ultra-close 2021 world championship battle finally concludes on Sunday.

"That's right," the Dutchman told De Telegraaf newspaper when asked if rumours are true that he no longer mentions his rivals by name.

"That happens in a season like this one. Too much has happened for that."

The 24-year-old Red Bull driver, despite an apparent earlier disadvantage to Mercedes' Hamilton in Abu Dhabi, is on pole thanks in part to a strategic slipstream from teammate Sergio Perez.

2016 world champion Nico Rosberg, however, said the credit should be given to the "magic" of Verstappen's best lap.

Verstappen appears to agree that he is driving better than seven time world champion Hamilton.

"If I had been in his car, the season would have been decided long ago," he said in a fiery pre-showdown interview with the Dutch newspaper.

Verstappen insisted he is "definitely not afraid" that his British rival might launch an audacious and potentially championship-deciding overtaking move.

"I think I make him nervous when I am in his mirrors," he said.

"He's a different driver than me - less aggressive. He doesn't know how to race like me. I can't blame him for that either, because he never learned to race the way I learned from my father.

"He will never admit that, of course, but I am definitely not afraid of him."

In addition to the Perez tow, Red Bull may have played another strategic blinder in qualifying - with Hamilton suspecting his rival faked a flat-spot on the medium tyre in order to catch Mercedes out with a late switch to softs.

"I'm always kind of sceptical with everything - it's very rare that people lock up in turn 1," Hamilton said.

"Maybe they know something we don't," added the 36-year-old, who vowed to use the boos of hordes of orange-clad fans as "fuel".

Mercedes boss Toto Wolff admitted: "It's 1-0 to them, but I'd much rather be on the medium tyres."

However, Ferrari boss Mattia Binotto says his team made a very deliberate decision to start on the soft tyres, just like Red Bull.

"Why? Because we believe the soft tyre will give us the faster race. We decided it quite deliberately," said the Italian.

As for Perez giving Verstappen a tow on his fastest lap, Wolff admitted: "Maybe it was a lesson we had to learn."