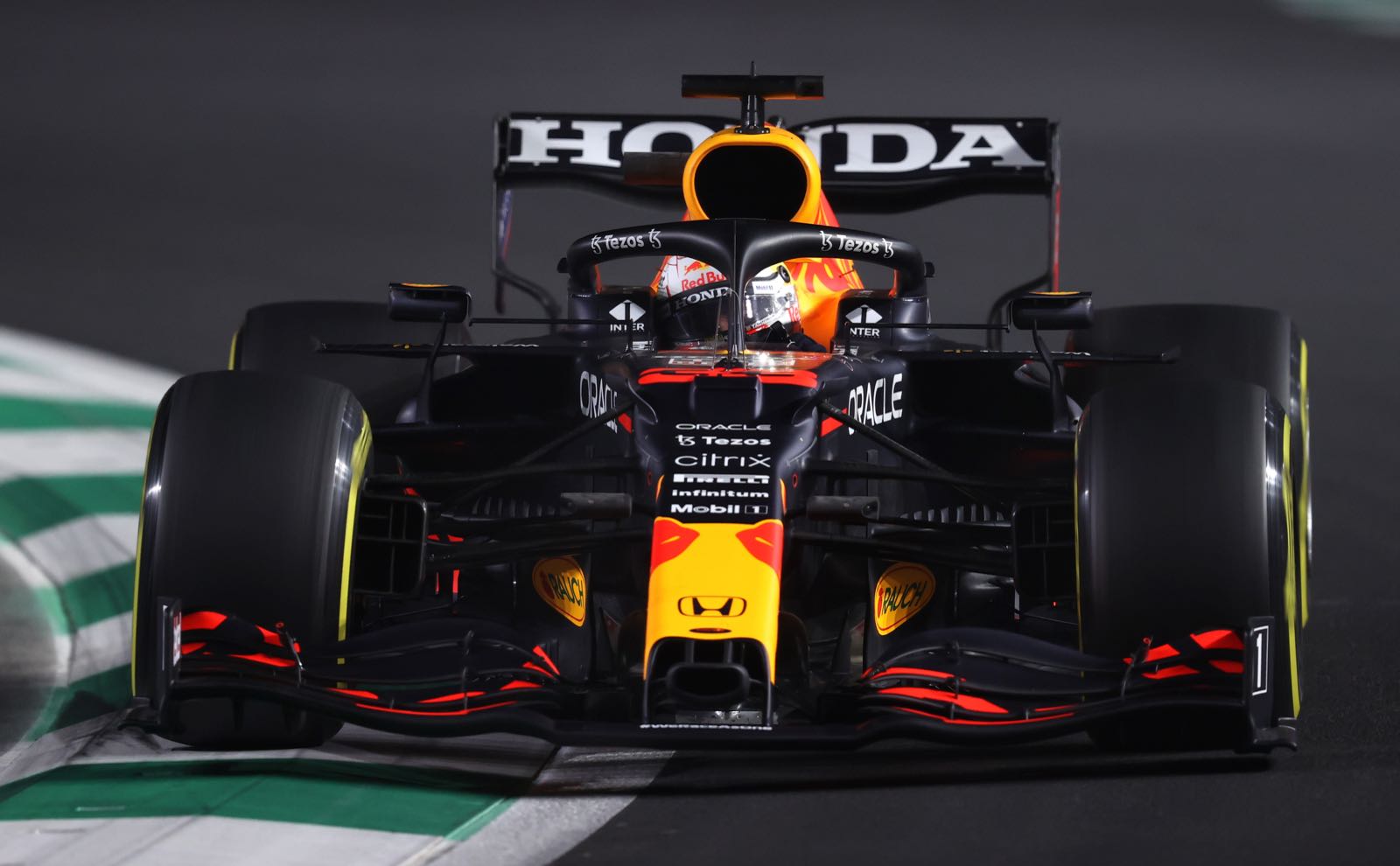 After a Safety Car period ended with one lap left, Max Verstappen in the Red Bull-Honda passed Lewis Hamilton in the Mercedes GP to win the Abu Dhabi GP by 2.256 seconds and take the Drivers’ World Championship.

Carlos Sainz in the Ferrari finished third, 5.173 seconds behind.

Verstappen won his tenth race of the season and 19th of his career.

Mercedes felt the ending of the safety car period did not proceed correctly as the safety car allowed the five cars between Hamilton and Verstappen to unlap themselves - but not the other lapped cars - leaving a one lap shootout between the title contenders.

Yuki Tsunoda (5.692s) in the AlphaTauri-Honda finished fourth, followed by his team mate Pierre Gasly (6.531s) in fifth, Valtteri Bottas (7.463s) in the second Mercedes GP was sixth, Lando Norris (59.200s) in the McLaren-Mercedes was seventh, Fernando Alonso (1m01.708s) in the Alpine-Renault was eighth, his team mate Esteban Ocon (1m04.026s) was ninth and Charles Leclerc (1m06.057s) in the second Ferrari took the final point in tenth place.

Before the start the two title rivals will start on the front row with Verstappen on pole on soft tyres with Hamilton alongside on medium tyres - with the points tied between them, whoever finishes ahead will be champion.

Hamilton said, "I've just got to prepare in the best way possible, I've given it absolutely everything. I'm doing what I absolutely love. Best energy I can. We don't know what the strategy will be, we did a good job getting through on the medium tyres in Q2. I think it's the right strategy. We'll give it everything with what we have."

Christian Horner said, "It's been a hell of a year, Max had been mighty all year. We're going to try and enjoy it.”

Norris and Perez start from row 2, Sainz and Bottas on row 3, Leclerc and Tsunoda on row 4 and Ocon and Ricciardo rounding out the top ten.

At the appointed time, for the final race of an epic season, the field comes around on the formation lap to the grid, the lights go out and the race begins with Verstappen gets a slightly slower start than Hamilton and Hamilton takes the lead. Norris goes wide and drops some places. Partway through the first lap Verstappen lunges down the inside of the corner on Hamilton, the two nearly make contact and Hamilton has to cut across the runoff of the next corner and stays in the lead.

The stewards say now actions will be taken - Red Bull complains to the officials.

On lap 9 Verstappen tells the team, "rears starting to stuggle a little bit.”

On lap 14 Verstappen pits from second place and takes on hard tyres and rejoins in fourth behind Sainz.

Leclerc goes wide and Tsunoda gets past, the Leclerc battles with Tsunoda.

The next lap Hamilton responds and pits for hard tyres and rejoins second. Perez leads.

On 15 Leclerc and Ocon pit for tyres.

Verstappen goes wide at the final corner but continues to chase Sainz in third.

On lap 18 Norris pits for hard tyres and rejoins in 13th.

On lap 19 Ricciardo pits for hard tyres and rejoins 17th.

The next lap Sainz pits for

On lap 20 Hamilton passes Perez for the lead but Perez comes back and keeps the lead.

The next lap Hamilton gets by and Perez immediately lets Verstappen by and the pits for hard tyres.

Verstappen tells the team, “Checo is a legend.”

Tsunoda makes his first stop and rejoins in tenth.

On lap 26 Raikkonen brushes the barriers and limps back to the pits. Raikkonen says he has a problem with the brakes. Raikkonen retires from his last race in the pits.

Russell is limping around to the pits saying he has lost drive. Russell retires in the pits.

Red Bull is asking Verstappen how his front wing settings are, which suggests they are thinking of making another stop.

Bottas pits for hard tyres and rejoins in ninth.

Bottas is challenging Leclerc for eighth.

Giovinazzi stops of he side of the track. The Virtual safety car is deployed.

At the end of 37 the race resumes with Hamilton leading Verstappen by 17 seconds.

Hamilton tells Mercedes, “bit of a risk keeping me out?”

Hamilton tells the team, "I won’t be able to keep this pace the entire way.”

At lap 49 Norris pits with a puncture and rejoins in tenth.

On lap 53 Latifi hits the barriers and the safety car is out Verstappen and Perez pit.

On lap 56 Perez retires his car in the pits.

On lap 56 they let the lapped cars

The lap is resumed with one lap remaining.

Verstappen passes Hamilton into the first corner and leads to the finish and takes his first championship. Sainz finished third.

After the event Mercedes GP has protested with the Stewards agains’t Max Verstappen for breaching Article 48.8 of the 2021 FIA Formula One Sporting Regulations, when then say he briefly passed ahead of the Lewis Hamilton, the leader at the time, while they were behind the Safety Car on lap 57 before the restart of the race.

The Stewards of the race have requested a representative of Red Bull Racing, and Mercedes GP, as long as Max Verstappen to report to them.