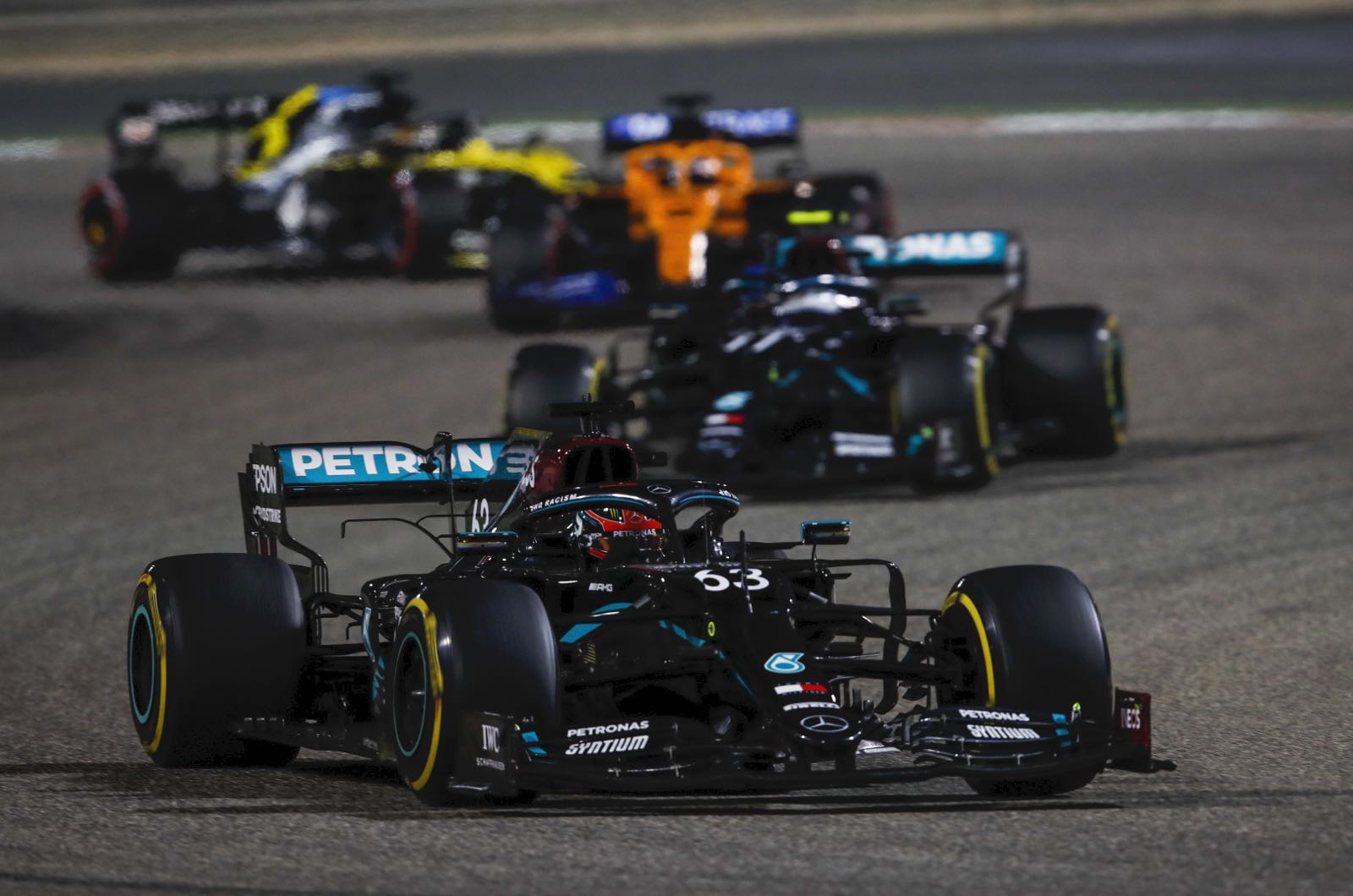 George Russell and Valtteri Bottas have bucked the speculation by suggesting their respective contracts for 2021 will proceed as planned.

After impressing the F1 world with his performance in Lewis Hamilton's Mercedes, Russell suggested he had given Toto Wolff some thinking to do over the winter.

"It was just a joking comment in the heat of the moment," he clarified in Abu Dhabi, having walked into the paddock with a Mercedes team shirt.

However, the 22-year-old will return to his Williams this weekend as Hamilton has tested negative for covid-19.

"Emotions were running high obviously but ultimately I have a contract and I will be a Williams driver in 2021," Russell insisted.

Red Bull's Dr Helmut Marko ruled out snapping up Russell to be Max Verstappen's teammate next year on the basis that he has a ten-year deal in place with Mercedes and Wolff.

"I signed a contract with Mercedes in 2016 and they are my bosses," Russell confirmed. "They invested in me, they put their faith in me, and I'm committed to them."

Bottas, who says he deliberately avoided all press and social media in the wake of the Sakhir GP, also said on Thursday that his 2021 deal with Mercedes is still in force.

"I'm sure the British people would love to see us swap (cockpits)," Bottas said in Abu Dhabi, "but I will try to prevent that. All I know is that I have a contract for next year."