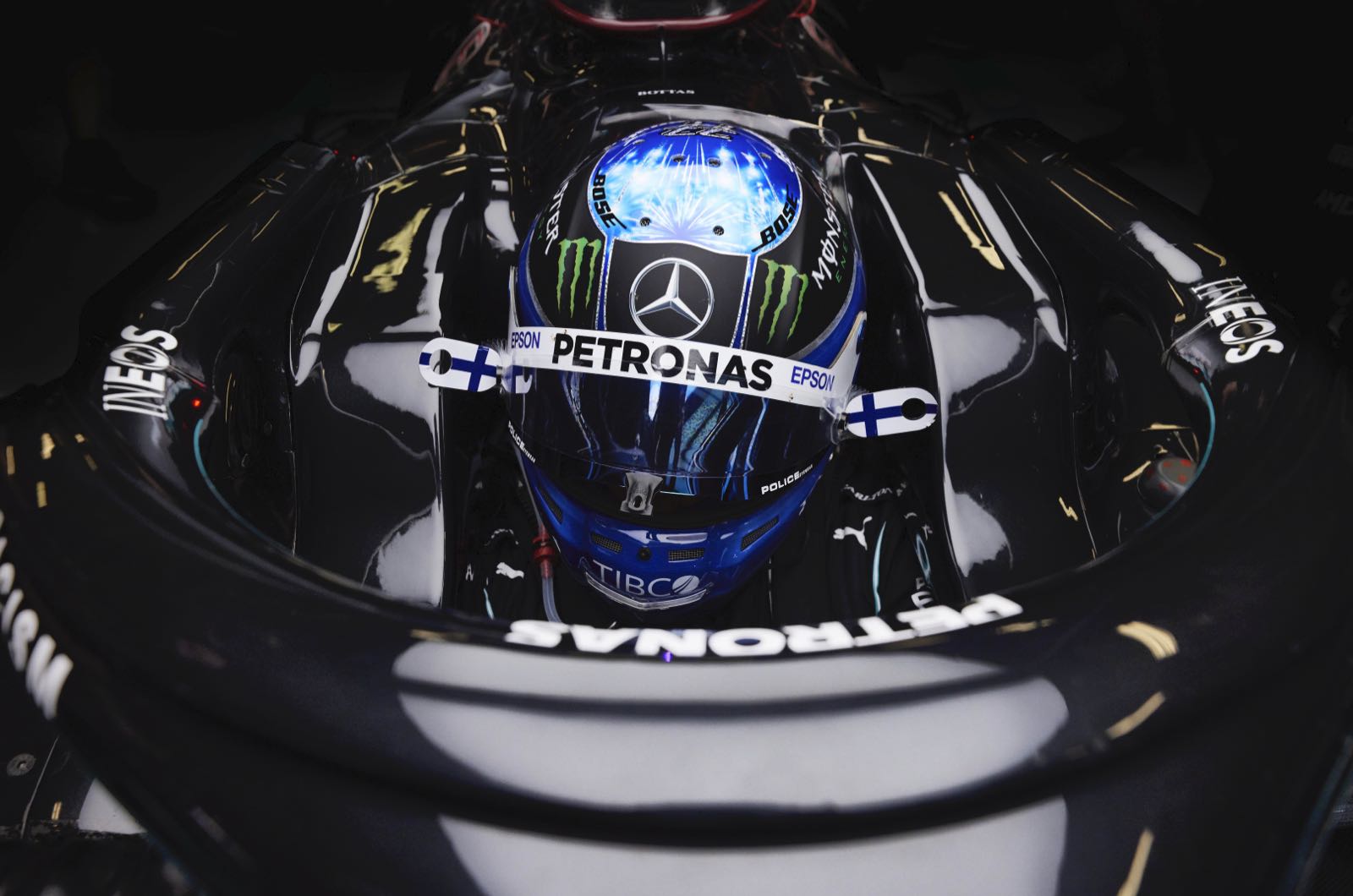 Mercedes teammates Valtteri Bottas and Lewis Hamilton were first and second in Free Practice 2 for the Abu Dhabi Grand Prix. But the exact pecking orders was inconclusive because both of them and many other drivers had their lap times deleted for exceeding track limits.

First out in FP2 were Ocon and Albon. The rest of the drivers followed them out. All were running 2021 prototype Pirelli tires early in the session. Pirelli had stipulated that each driver had to do a minimum of eight timed laps on the tires.

Bottas set the early pace with a 1:37.818. Hamilton, back in the Mercedes after missing the Sakhir GP due to testing positive for COVID-19, was 0.086 of a second slower. Gasly slotted into third ahead of Raikkonen and Sakhir GP winner Perez.

But now the drivers were heading out on the 2020 tires, including Hamilton who took the lead with a 1:36.479 on the medium compound slicks. Bottas responded with a 1:36.276. Perez grabbed third, albeit 1.230 seconds slower than Hamilton. But then Verstappen displaced Perez.

Fittipaldi locked up his front brakes and slid off the track. Many drivers were getting their lap times deleted for exceeding track limits.

As the midpoint of FP2 approached some of the drivers started doing their qualifying simulations on the soft compound Pirellis.

Hamilton, on the softs, clocked a 1:36.097. But the time was deleted because he exceeded track limits in Turn 21, the final bend. Bottas slid wide in the first turns and aborted his fast lap.

But Bottas was still ahead of Hamilton, Verstappen, Albon, Perez and Sainz with 40 minutes left in the session. Now Verstappen was on his flying lap on the softs, but he encountered traffic and backed off. Norris took fifth ahead of Ocon, Perez, Leclerc, Ricciardo and Stroll.

The session was red flagged when Raikkonen’s engine blew up and his car caught fire. Her stopped on track and he and the marshals extinguished the blaze. Russell pitted with smoke pouring from the rear of his car.

It took a while to get Raikkonen’s car removed, so only six minutes remained when the session was restarted. Time to have some lap times deleted for exceeding track limits.

The top 10 at the end of FP2 were: Bottas, Hamilton, Verstappen, Albon, Norris, Ocon, Perez, Leclerc, Ricciardo and Stroll.