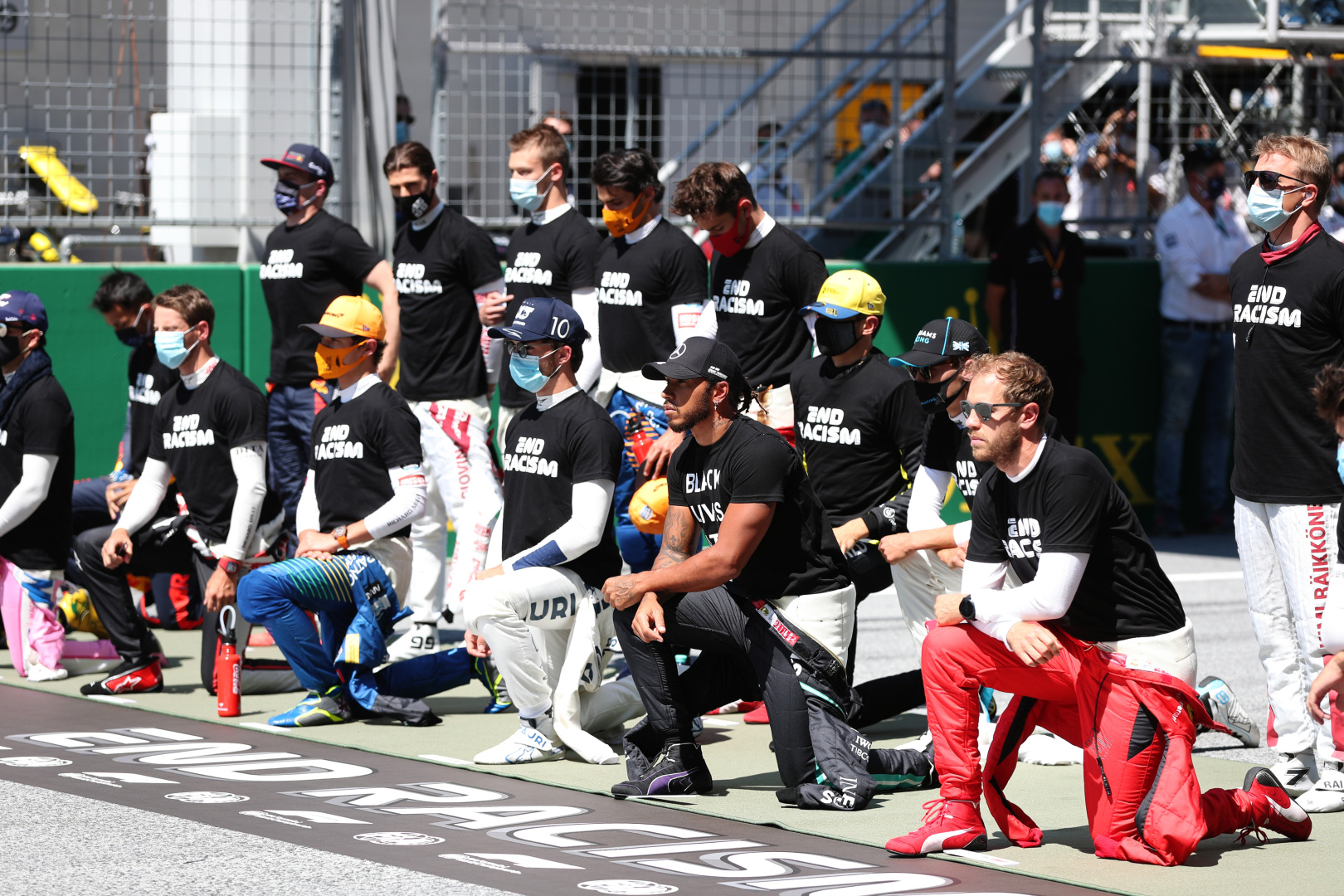 Formula 1 has called an end to the pre-race 'kneeling' ceremony that became commonplace during the covid-marred era of the past two seasons.

As the world begins to find its feet after two long years of restrictions and fundamental societal changes, F1 CEO Stefano Domenicali says drivers will no longer gather for their usual anti-racism moment at the front of the grid.

"We don't have to do politics," he is quoted by Sky Italia.

"The value of the gesture has been understood, but now we have to work to putting the concept of diversity into our community. This is the first step we will take.

"We are committed to increasing diversity and opportunity within this incredible sport."

In reality, the kneeling gesture - which began amid the predominantly US-based George Floyd protests and riots in 2020 - actually divided the F1 drivers as many opted to stand.

Reports suggest anti-racism messaging will remain in place in 2022, with Domenicali insisting he respects Lewis Hamilton's stewardship on the issue.

"There was total respect on his choice to be silent. I think his battery will be fully charged for the start of the season," said Domenicali.

"That is important because Lewis is an incredible asset not only for our sport but for the world. Lewis has in front of him a possibility to be an eight time world champion, so I'm pretty sure he is totally focused on these objectives."

Hamilton, understood to now be at Mercedes' HQ, re-emerged in the past few days with a social media photo from the top of the famous Grand Canyon.

"He radiated a lot of positivity in that photo," Domenicali said.

One outstanding question ahead of the 2022 season is the fate of under-fire race director Michael Masi, with rumours Hamilton and Mercedes have argued behind the scenes for his ousting.

"Not specifically about what happened in Abu Dhabi, but rather about him as a person. I hope he is doing well," he added of the Australian.