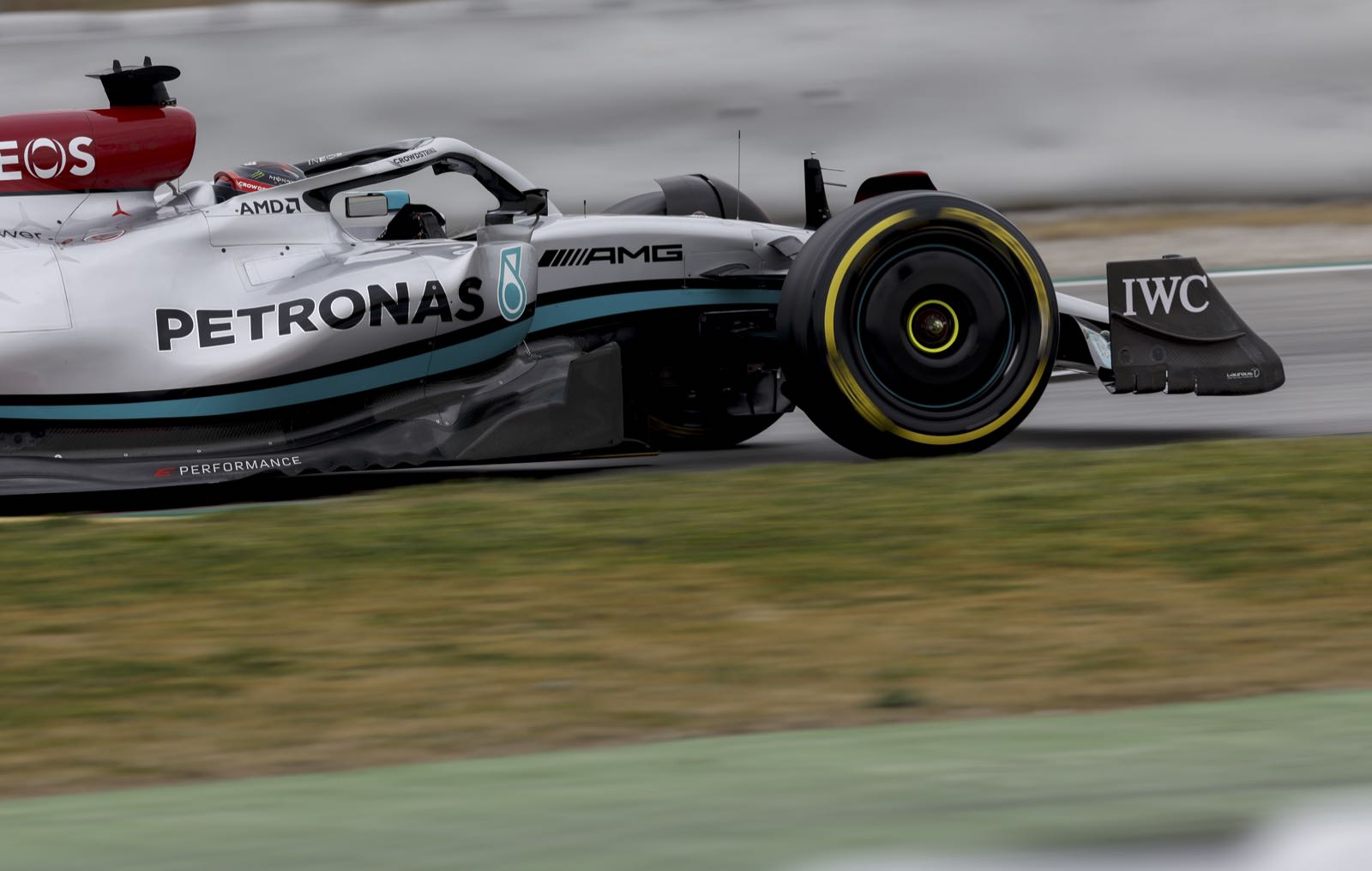 The all-new regulations for 2022 may actually have made overtaking more difficult, according to three prominent Formula 1 drivers.

While early feedback suggests the new 'ground effect' cars make it easier to follow a rival, the 'slipstream' or 'tow' effect appears to be diminished.

"I have spoken to other drivers and they say the slipstream effect is less," Alfa Romeo's Valtteri Bottas said.

"But I also think the DRS effect is greater this year because of the wider wing, so maybe that will make up for it."

The man who replaced Bottas at Mercedes - George Russell - reports that he deliberately ran behind Lando Norris' McLaren at Barcelona last week to get an idea of the effect of the new cars.

"We can follow closer but from what we have seen, the slipstream effect is definitely less effective," said the Briton.

"I got right up behind Lando, I was a car's length or two behind him and didn't catch the straight so that was slightly concerning. Let's see."

Norris agrees that the new aerodynamics have both a "positive and a negative" effect.

"We don't know which is the bigger effect at the minute so we will have to see until the first race," said the McLaren driver.