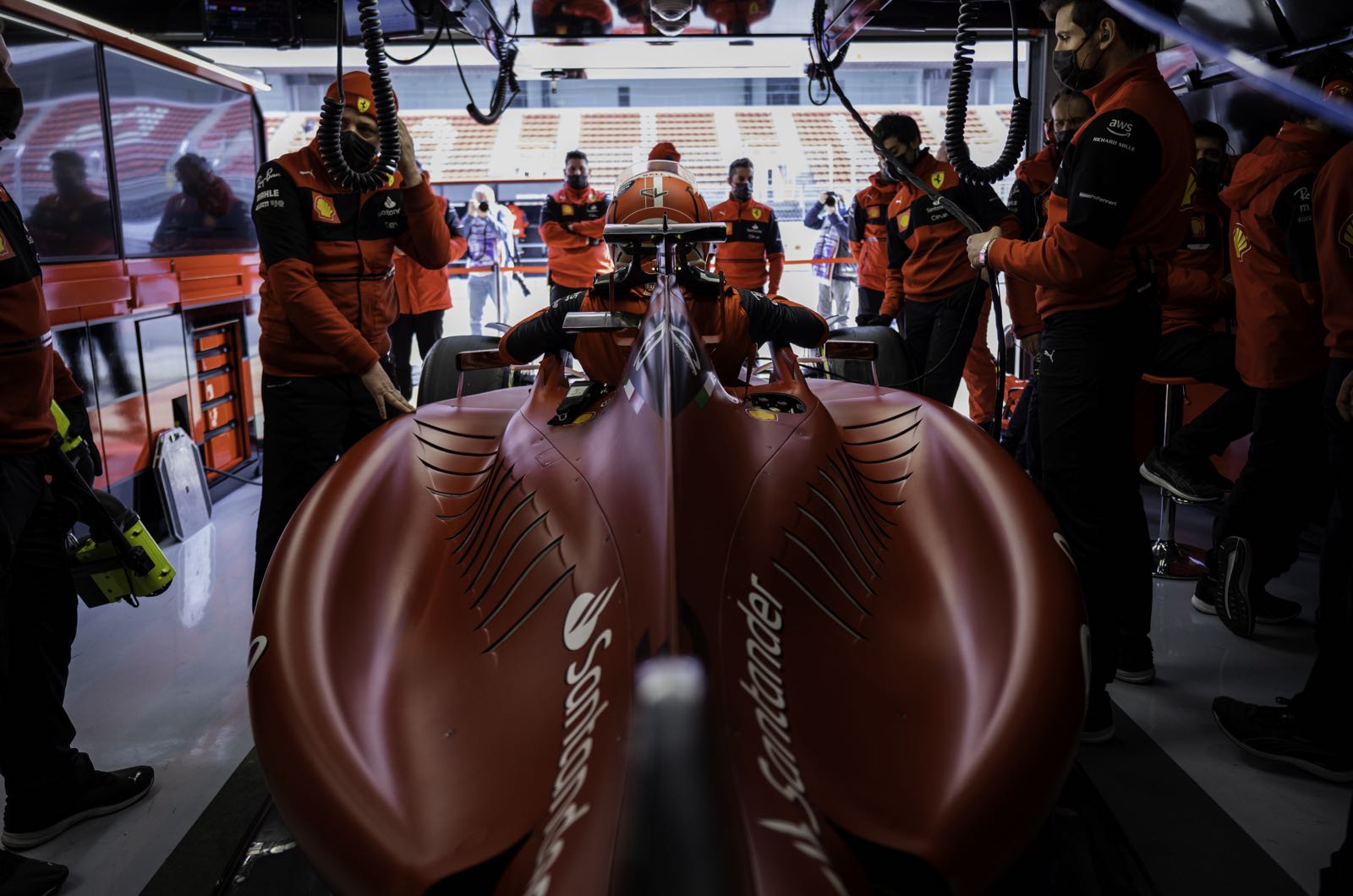 They may have gone head-to-head for the title in 2021, but Red Bull and Mercedes do not appear to be heading the field as the all-new regulations take effect for 2022.

"I think the McLaren and the Ferrari are looking incredibly strong," said Mercedes' George Russell, who admitted that the German team is not "fully happy" after the first test in Barcelona.

Mercedes boss Toto Wolff agreed: "We have the feeling that Ferrari currently has the most powerful engine.

"But we've only had three days of testing and winter testing can be deceiving."

Complicating the picture at present is a side-effect of the new 'ground effect' rules that according to Binotto was "underestimated" by every team in pitlane.

It's being referred to as 'porpoising' - an unintended 'bouncing' effect caused by the way the aerodynamics underneath the very low-laying cars work.

Ferrari's Charles Leclerc admitted the sensations made him feel "sick".

"Only when everyone stops bouncing will we know who really has a fast car," said an unnamed engineer for Aston Martin.

Russell commented: "In some cars, the effect is so strong that safety could be a factor. There's a lot of work ahead of us."

But Lando Norris therefore thinks it's premature for Russell to be predicting early wins for McLaren.

"If he thinks we're strong, then we think he's strong," the Briton smiled.

"Mercedes never look good in testing until they get to the first race. We can see we're in a good position, but Mercedes and Ferrari have looked very good from day one.

"Ferrari looks very strong but Mercedes and Red Bull are close behind us and I would say they are a bit ahead of us at the moment," Norris added.

Alpine's Fernando Alonso agrees, telling the Spanish broadcaster TVE: "Ferrari seem to be the fastest right now, which is amazing and great news for Spain as a whole.

"I also mention Mercedes, who also appear to be very fast."

It's interesting that Alonso failed to mention McLaren, and Red Bull's Dr Helmut Marko thinks he knows why.

"McLaren is hunting for sponsors here," said the Austrian, suggesting to Auto Motor und Sport that the Zak Brown-led team may have been showboating with low fuel.

"As for our car, it looks like it has a lot of potential."

World champion Max Verstappen said when asked about the early pecking order: "I really don't know and I don't care.

"What counts for me is the timesheets after qualifying in Bahrain."

Some are suggesting that Red Bull's new car is perhaps the furthest from the minimum weight than any other rival - and even Marko agrees that weight is the team's "only problem".

"But all the teams have that," he insists.

"There's another meeting now and let's see if there is another increase in the weight, but the chance of that is small," Marko told motorsport-magazin.com.

Carlos Sainz has been named as a potential dark horse for the title, but he is not yet convinced that Ferrari is definitely leading the pack.

"If their numbers point to us being ahead, our numbers don't point to that," said the Spaniard.

"Above all, I wouldn't believe much about Mercedes, knowing what they've done in recent years. But I have no idea."