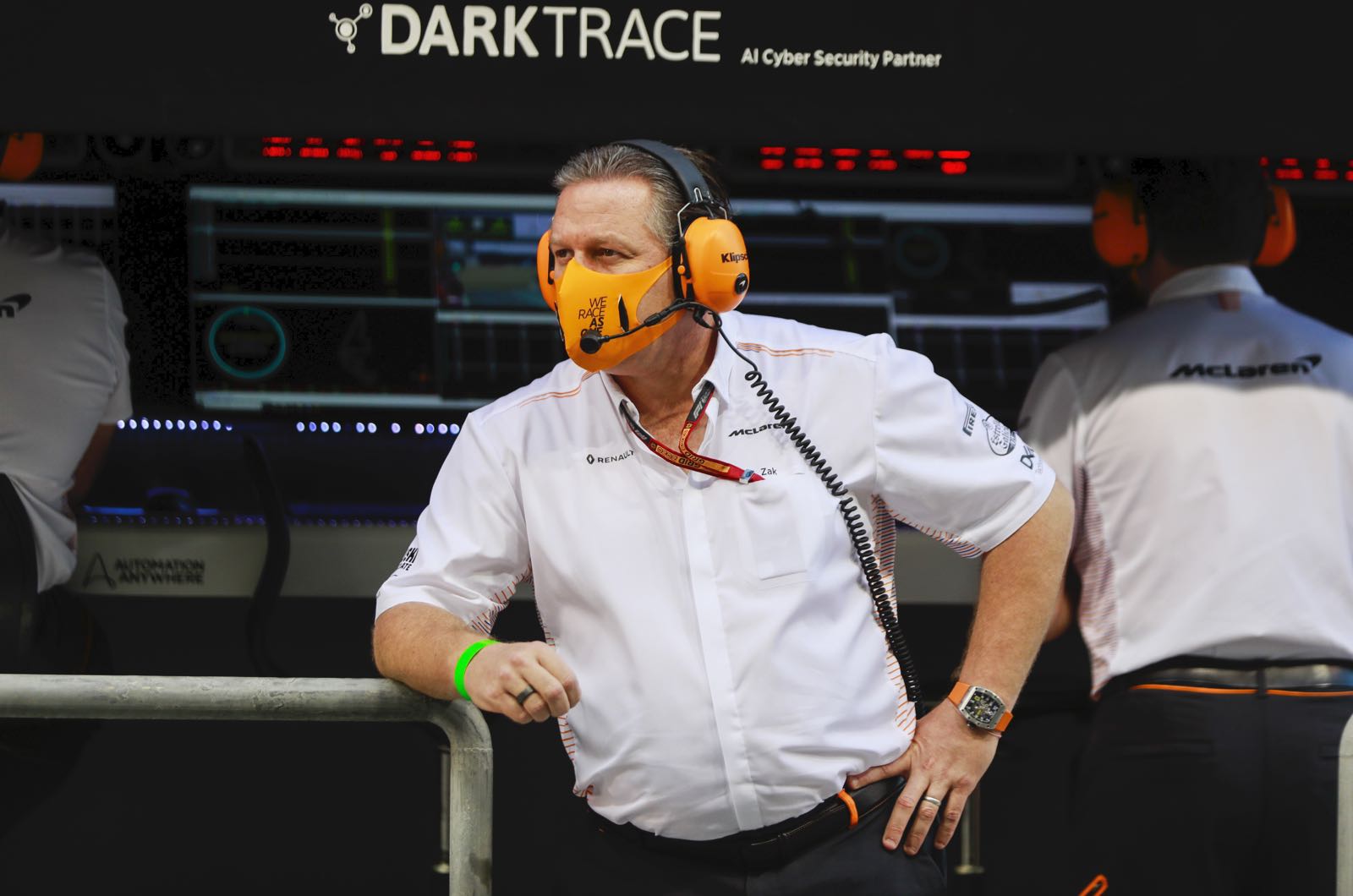 Zak Brown has admitted that "a race or two" could drop off the currently-scheduled 2021 calendar.

It appears likely that the McLaren supremo is referring to the Canadian GP in Montreal as well as Zandvoort - two races that were also cancelled last year.

The problem in Canada is the government's insistence that all travellers quarantine for 14 days - an impossible task for F1 given that the race takes place one week after Baku.

"But even seven days wouldn't work for us."

He said a second consecutive race cancellation "wouldn't be a disaster" because Montreal has a contract until 2029, "but it would be another blow".

"We will have to monitor the first part of the calendar closely, up to Silverstone, because it may be that some grands prix cannot take place," Dumontier added.

He also told the Canadian broadcaster RDS: "We have agreed with the authorities that the fate of the race will be determined next week."

The other race that is in serious doubt is the Dutch GP at Zandvoort.

"We need time to build up the organisation, so at the moment we do not know whether it is possible or not," circuit chief Robert van Overdijk told BNR Nieuwsradio.

"If you look at the situation today, it is not possible. But we are still positive that it should be possible in September," he added.

Van Overdijk said Dutch deputy prime minister Hugo de Jonge declared recently that "everyone could be vaccinated by July 1. Which measures will still apply after that is up to the government."

"Formula 1 did a great job last year and I have no doubts that we will be working from March to December," he said in Bahrain.

"We might miss a race or two, but if we do 20 races it will already be a good program. It depends on the vaccination process but I am convinced that we will have at least 20 races."

McLaren team principal Andreas Seidl told RTL: "We are flexible. There can be last-minute changes in the calendar, as we saw last year."