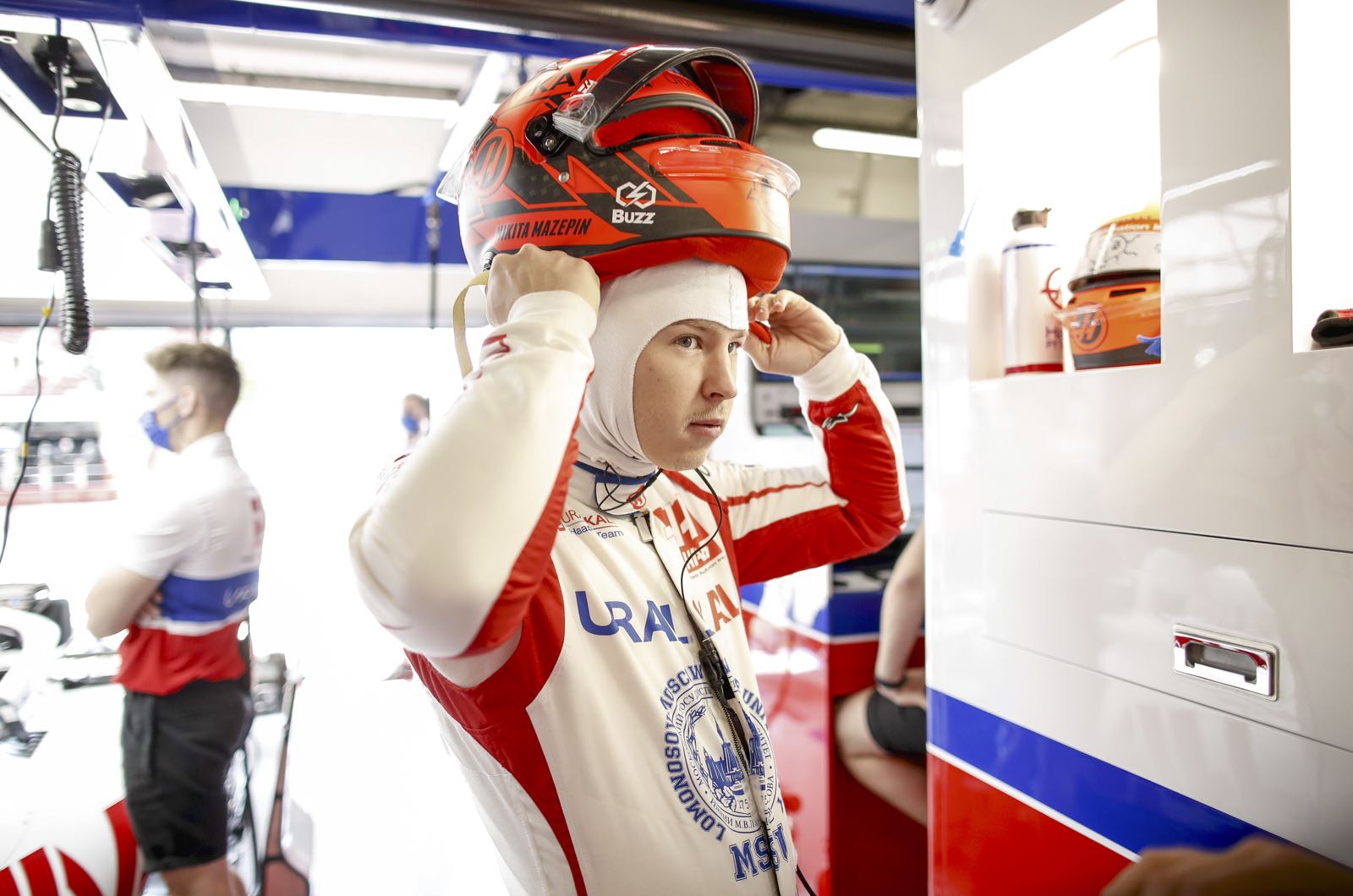 Nikita Mazepin stunned many observers before Sunday's Spanish GP by joining those drivers electing to kneel during the pre-race grid procedure.

However, the embattled Russian rookie clarified that it wasn't a gesture in solidarity with Lewis Hamilton, who instigated the practice last year amid the Black Lives Matter protests.

"I decided to kneel to show respect to those veterans and people who lost their lives 76 years ago in the war," the Haas driver insisted.

Indeed, 22-year-old Mazepin also wore a tribute to the Ribbon of St George on his helmet, which he said was in deference to Russia's 'Victory Day' to celebrate the defeat of the Nazis in 1945.

"This holiday is quite important," he told Match TV.

"My family - my grandparents - took part in the war. Yesterday I saw the statistics saying that it is a holiday that is even more important to Russians than New Year."

On and off the track in 2021, Mazepin's debut season has been close to disastrous so far but he says he is continuing to lay the groundwork for the future.

"I remember from the other categories how much more I knew in the second and third years of a championship," he insisted. "There is a lot to learn."

Mazepin was also backed by Gunther Steiner, who criticised Toto Wolff for becoming the first boss to be featured in F1's new measure to broadcast FIA messages during a race.

"Michael (Masi), this guy makes us lose the position," Wolff charged mid-race, accusing Mazepin of holding up Lewis Hamilton as he was being lapped.

Haas boss Steiner said: "I think Nikita did a great job when he saw the blue flags.

"Toto Wolff might have just been showing who's in charge. Maybe he just wanted some publicity."