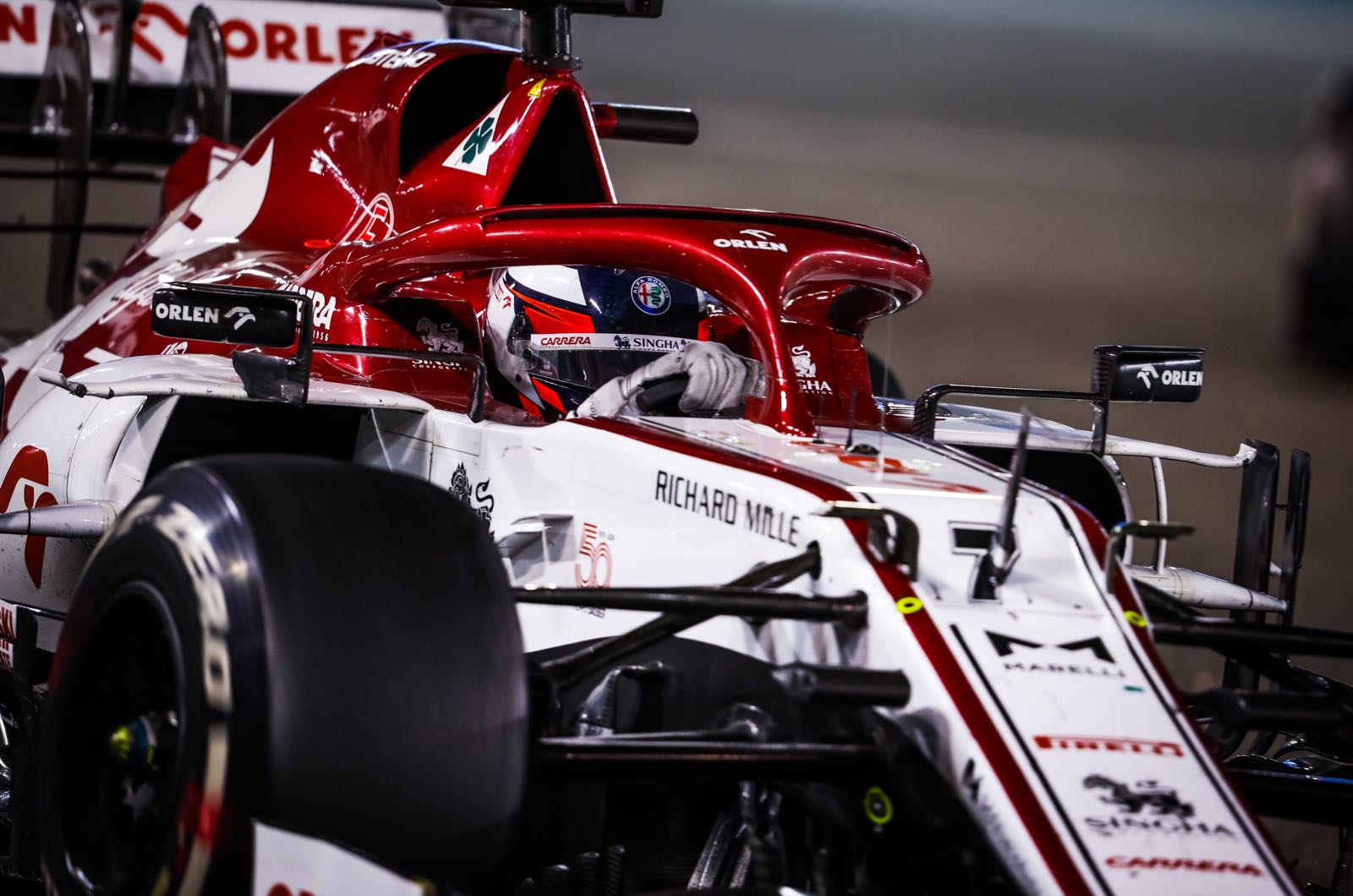 Alfa Romeo has made "the biggest jump of any team" ahead of the 2021 season.

That is the view of Williams driver George Russell, who thinks Haas will instead be his British employer's main rival this year.

Alfa Romeo, he says, impressed him in Bahrain testing.

"Kimi (Raikkonen) looked very, very fast," said Russell. "They have made the biggest jump of any team."

Indeed, some analysts think the Ferrari-powered team could even be on par with its famous Maranello-based engine supplier heading into 2021.

"So far I can only say that the car is definitely better and more stable than last year," said Raikkonen's teammate Antonio Giovinazzi.

"You can also really feel that there is more power."

Typically, Finn Raikkonen played down the significance of the Bahrain test times, but he also admitted that the 2021 machine "feels better than last year".

"I think we are faster. We'll see if we can translate that to the races," he added.

"Ferrari has improved," he told Speed Week, "but I doubt it will be enough to attack the top three.

"In a direct comparison, Kimi Raikkonen in the Alfa Romeo built by Sauber was better than Carlos Sainz."

Former Ferrari engineer Luigi Mazzola also thinks the Maranello team and its customer Alfa Romeo could be neck-and-neck in 2021.

"I think McLaren could be the first behind Mercedes and Red Bull," he told Italy's Autosprint after the Bahrain test.

"Ferrari is not bad in my view, but they were fighting with Alfa Romeo and Alpha Tauri. Going by the tests alone, I would put Alfa Romeo behind McLaren.

"But I want to remind you that no one has a crystal ball and no one knows exactly what each team did in the testing," Mazzola added.