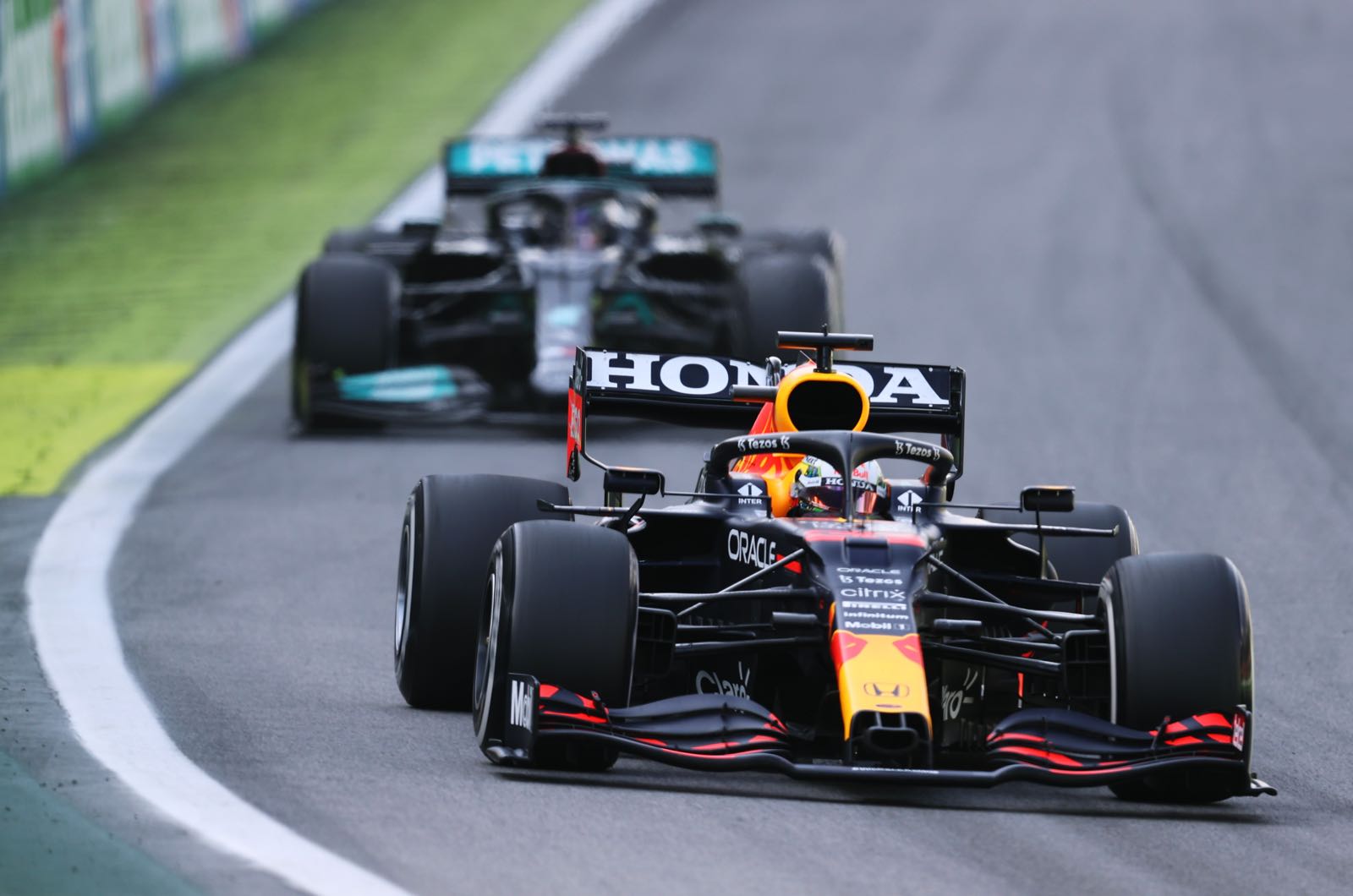 Lewis Hamilton will "eventually" be beaten to the title by 2021 championship rival Max Verstappen.

That is the view of Jackie Ickx, an iconic Belgian former Formula 1 driver who commented as the stewards delayed their verdict in Mercedes' "right of review" hearing until Friday.

Reports suggest the FIA officials deliberated for "hours" before delaying, as Mercedes pushed for a retrospective penalty to be applied to Red Bull's Verstappen for his turn 4 defence in Brazil.

Verstappen, 24, said in Qatar on Thursday that he thinks he did nothing wrong.

"As a driver, I think we know exactly what we can and can't do in the car," said the Dutchman.

"I don't need to see the footage because I was driving the car and I know exactly what happened," he added when asked if he had reviewed the 'new evidence' of his on-board camera.

Verstappen even hit out at seven time world championship Hamilton for taking the "easy option" of pointing the finger after the clash.

"It's quite simple and easy to blame the younger driver. That's the only way I can see it and all I really have to say," he said.

The Dutchman also suggested the episode reflects poorly on Toto Wolff, the Mercedes boss who appeared to be highly emotional last weekend in Brazil.

"Now we see the nature of the beast emerge," he said.

Many of the championship leader's rivals are also shrugging at the FIA review.

"Lewis won the race. So why go through all of this?" wondered quadruple world champion Sebastian Vettel.

"It's unnecessary. Sometimes it goes your way, sometimes it doesn't."

Daniel Ricciardo added: "Maybe Max's move was a little too hard, but when it comes to a world title, you fight until the last corner."

2007 world champion Kimi Raikkonen said: "There was nothing crazy about it - they didn't even touch.

Haas rookie Nikita Mazepin said Mercedes' mere act of pushing for a retrospective penalty "upset me a little, first of all as a fan".

"I'm a big fan of the 90s, 2000s, when the races where real and these battles took place on the track rather than in the stewards' room," said the Russian.

And Fernando Alonso said: "The last race is over, so nothing should change here now.

"My opinion is that if the stewards did not issue a penalty, that's where it ends."

Curiously, though, Ferrari's Charles Leclerc believes the lack of a penalty for Verstappen opens the door for other drivers to now employ the same sort of tactics.

"If that is allowed, it will be really difficult to pass anyone on the outside now," he said.

As for the F1 legend Ickx, he is rising above the affair to suggest that no matter the outcome, it is clear that Hamilton will eventually be beaten by his younger rival.

"If it isn't this year, it will be next year, or the one after that and so on. It's inevitable," the 76-year-old former Ferrari driver told RTBF.

"But I'm also frustrated with the current rules in Formula 1. For me, philosophically speaking, it should be a fight, a battle between men who willingly take the risk.

"I am frustrated because these events are refereed by people who are certainly of good will, but who - apart from a former driver at each grand prix - have probably never driven a racing car.

"We shatter the very essence of the combativeness of these drivers with a succession of penalties, fines and constraints which fundamentally change the sport.

"I am sorry to see us so far removed from the pleasure of this communion with the public. Formula 1 should remember - no audience, no fans, no race."