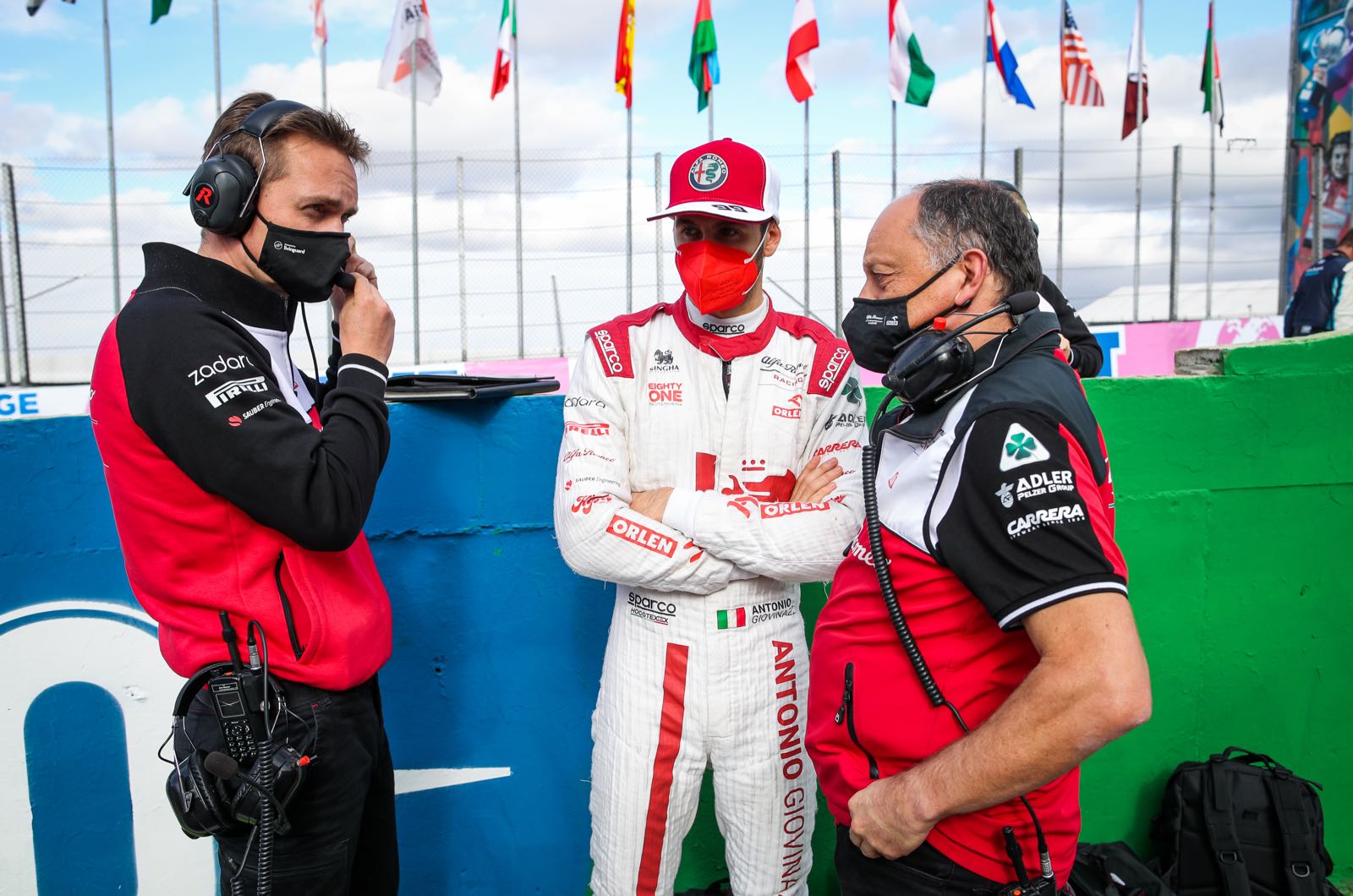 Antonio Giovinazzi has hit back at current team boss Frederic Vasseur for questioning his professionalism.

As the news broke that he will be replaced for 2022 by F2 frontrunner Guanyu Zhou, Italian Giovinazzi suggested Formula 1 is often "ruthless" in making decisions based almost purely on money.

"They were not easy days for me," Giovinazzi is quoted by La Gazzetta dello Sport in Qatar.

"I keep the thoughts I had to myself, but in the end it was a decision that was not up to me. Now I think about Formula E."

Alfa Romeo team boss Vasseur, however, took exception to Giovinazzi's suggestion that the decision to sign Chinese Zhou was purely about his reported $30 million in sponsorship.

"Perhaps he will return to Formula 1 in the future, but it's a small world," said the Frenchman. "You should always remain professional."

When asked about Vasseur's clear rebuke, 27-year-old Giovinazzi hit back.

"I think my attitude has always been professional," he insisted.

"I haven't talked to him (Vasseur) yet but I don't think I have anything to blame myself for.

"It certainly isn't easy to say goodbye, but in the end I am happy with myself. In these three years, I have always improved."

Giovinazzi will race full-time in Formula E next year, but he will remain closely aligned with Ferrari.

"I am still a Ferrari driver and we are discussing options for next year. Ferrari will put its team in the WEC in 2023 but there is no news about that yet.

"I'm sure I will enjoy Formula E, but I will try to continue my partnership with Ferrari in 2022."