Verstappen in league of his own

Verstappen in league of his own 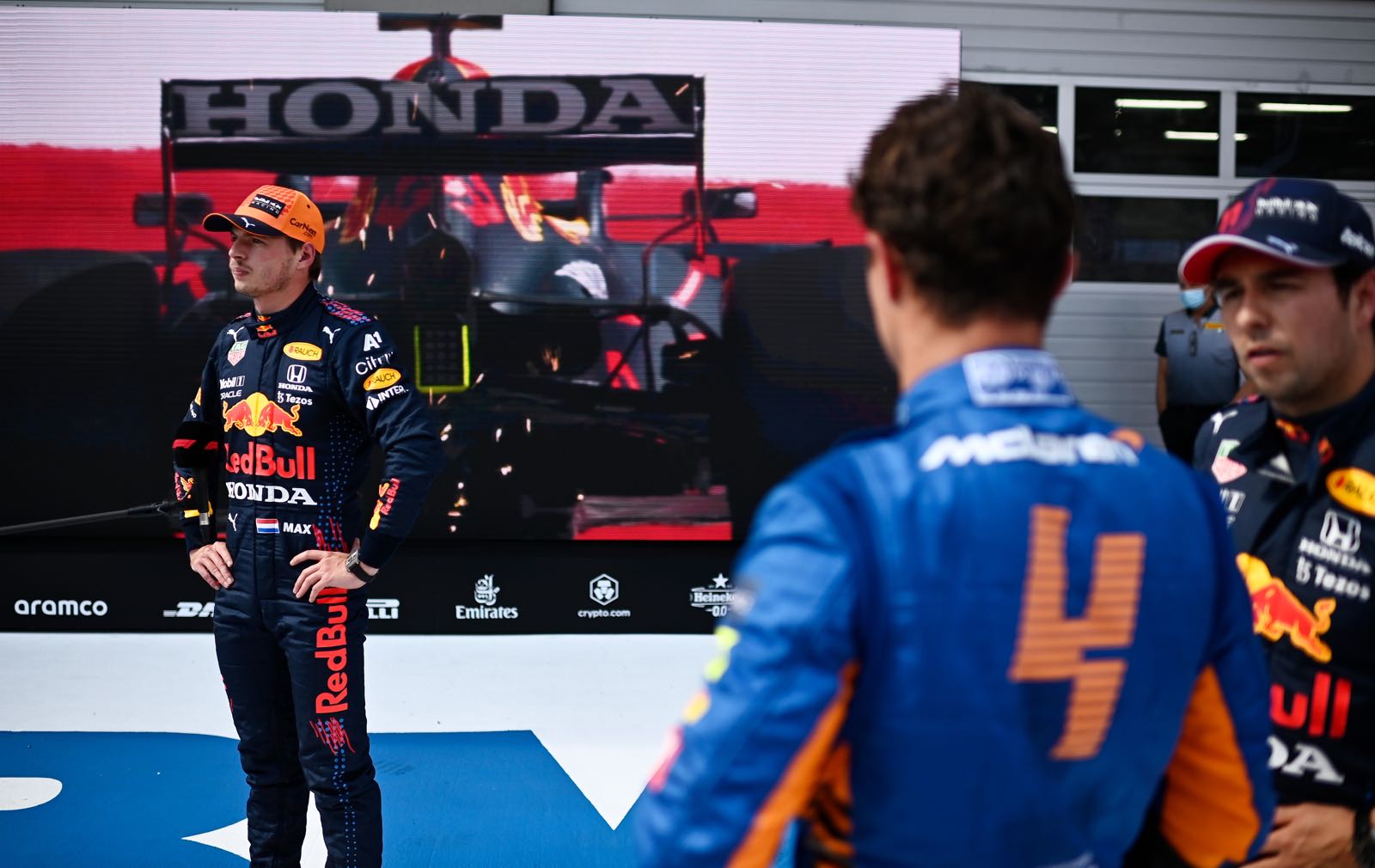 Toto Wolff and Lewis Hamilton are talking up championship rival Max Verstappen's chances of strolling to victory in Austria on Sunday.

"All these comments about the Mercedes engine," said Red Bull boss Christian Horner, "but it certainly seems to work well in the back of that McLaren."

From fourth on the grid, Wolff admits that Sunday will be about "damage control" for Hamilton in the title standings.

"I think Max is in a league of his own, but maybe we can crack the others," said the Mercedes team boss.

After losing to Verstappen a week ago, Hamilton called for car upgrades but thinks the situation has only worsened in the intervening few days.

"We have tried everything to get more out of the car, but it's just not enough at the moment," said the seven time world champion.

Wolff even admits that Mercedes' problems run deeper than a mere straight-line deficit.

"There is no special place where we lose a lot of time," he said. "The loss is spread over the entire lap.

"The gap to Max is not shocking, but as I said, we lose over the entire lap. It's not the tyre, the chassis, the engine - it's all of it. We see that we have to improve in every respect," he said in Austria.

Hamilton agreed: "If you look at the data, it's the whole lap. It's a little bit everywhere."

He agrees with Wolff that victory on Sunday is therefore unrealistic.

"I would say it's out of the question," said the British driver, who hasn't won since Barcelona in early May.

He thinks Red Bull has "improved their car again this weekend", and therefore it is likely to be "an easy cruise for Max" in the race.

"Maybe we can try to get ahead of Sergio at least and limit the damage," added Hamilton.