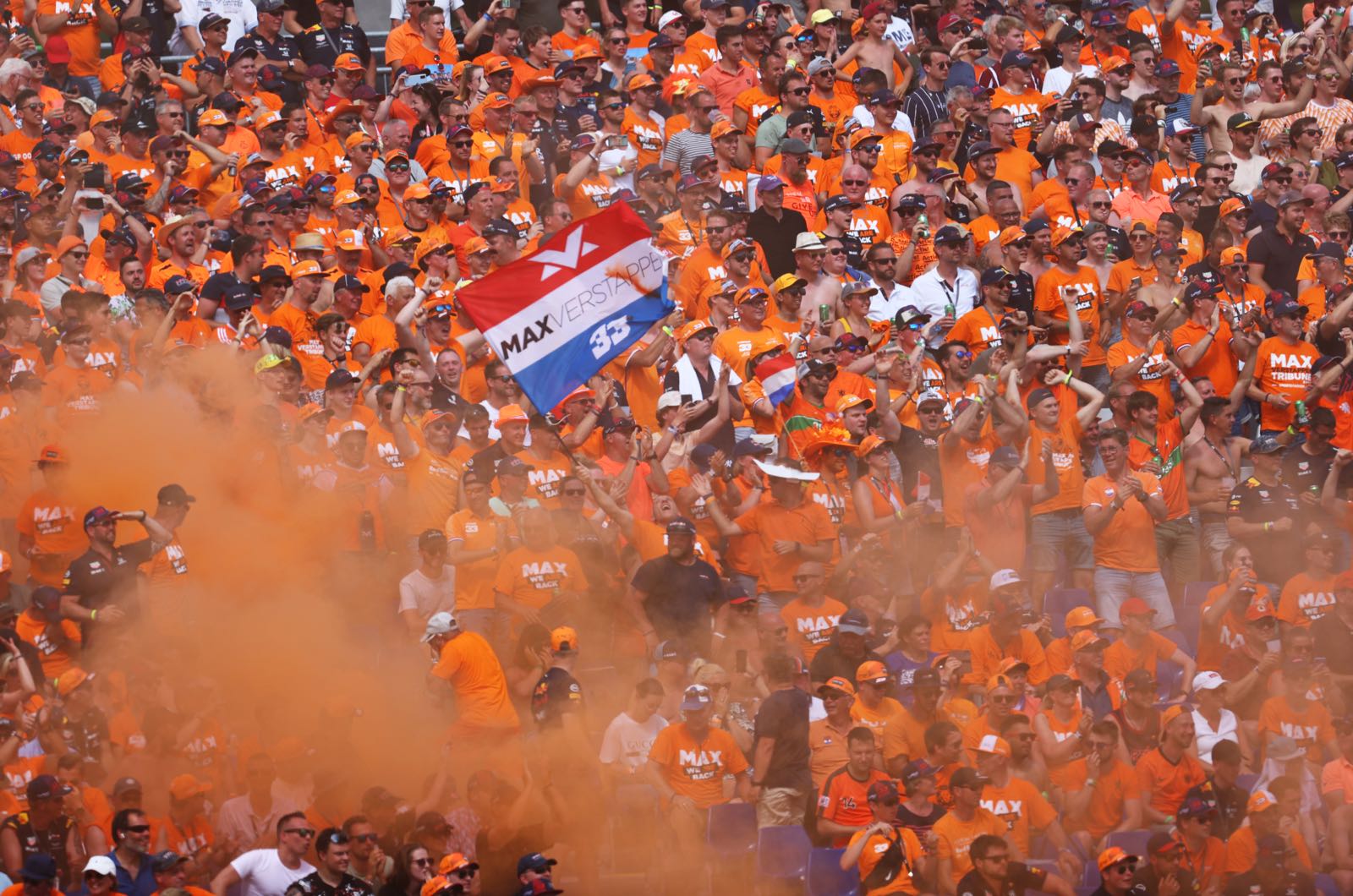 Bernie Ecclestone has hailed the return of spectators to Formula 1.

Although a smattering of spectators have often been present in the grandstands since the covid crisis exploded, this weekend's race in Austria is the first time a mass crowd has gathered.

"The fans are cool here - everyone in orange, supporting McLaren and not Max," Lando Norris joked after qualifying. "It's cool to have them back."

Former F1 supremo Ecclestone says the restrictions amid the pandemic "made us all aware of how important spectators are for the atmosphere at sports events".

Speaking on the day major carmaker CEOs met with Formula 1 to discuss a new engine formula for 2025, 90-year-old Ecclestone told Servus TV that he would also like to see engine noise return to the fans' eardrums.

"I don't think the spectators in the stands care much if an engine is efficient - whether it uses a bit more or a bit less fuel.

"They are interested in racing - the fight between two drivers."

Ecclestone, however, said 2021 has often been "very exciting" because of the close competition, although he is philosophical when asked about the way in which he departed Formula 1.

"I was fired," he answered bluntly.

"If after 40 years you are no longer needed, you have to accept it and then forget it.

"But I didn't start drinking or anything. I don't like alcohol."

Ecclestone is looking forward to the new 'sprint qualifying' format that will debut at Silverstone, revealing that he has "always found qualifying to be more exciting than the race".

As for his reacquaintance with life as a father of a small child, he admitted he missed out on much of it the first time around because of his F1 lifestyle.

"The most interesting thing is to see my son grow up every day," said the Briton. "Because something new happens every day.

"Ace is celebrating his first birthday, which is why I couldn't come to Austria. I never had that much time for my daughters because I was always busy.

"But as you get older, you realise that there isn't a lot of time left. So I'm trying to use it as sensibly as possible."