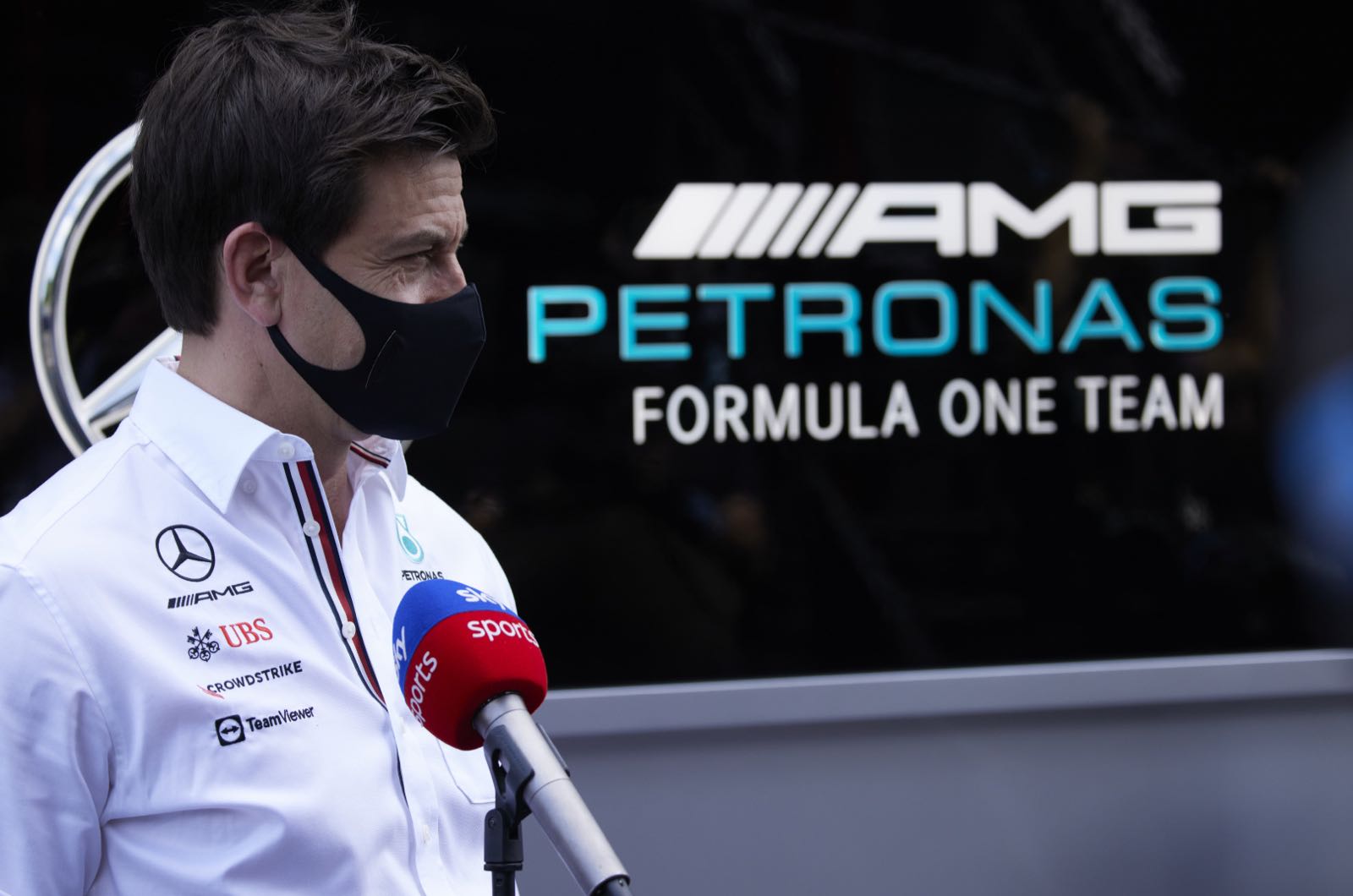 It appears that Lewis Hamilton has given his annual retainer a boost, having signed to remain at Mercedes for 2022 and 2023.

Bild am Sonntag newspaper reports that, having agreed a pay-cut for the eye of the covid storm in 2020, Hamilton's pay will now be back up to EUR 35 million per year.

Team boss Toto Wolff denies that money was a sticking point in the contract talks.

"There were all kinds of stories about salary claims or alleged salary cuts or the duration of the contract," he said.

"From my point of view, we both knew what we wanted. And completely different topics were playing a role, such as the work for our foundation or the fight against racism and for more diversity and equality."

Wolff says the deal was signed upstairs in the Mercedes motorhome on Friday night.

"We immediately had the idea 'Why not announce it immediately?" said the Austrian, adding that he asked Valtteri Bottas for his approval before proceeding.

"In Formula 1, it's hard to keep things a secret. So we wanted to be proactive and be the first to get the word out," said Wolff.

According to the Mercedes chief, both he and Hamilton had even considered synching up their retirements from their respective positions in Formula 1 - but ultimately decided to delay the next possibility of that until 2023.

"We talked about the subject of retirement, and I also flirted with it. But I see so much passion for the sport in Lewis that he'll be here for a while," said Wolff.

"I also want to stay connected to this racing team for a long time," Wolff said. "I had the choice of focusing on the financial world again or continuing to work in Formula 1 and I decided to go with the sport.

"Like Lewis' agreement, my contract as team boss expires at the end of 2023. But I'll stay here, even if perhaps in a different job."

Some may wonder if Hamilton may already be regretting his decision, given the fact that Red Bull seems to have clearly pulled ahead in 2021.

"Of course I hoped that things would continue like at the start of the season," he said, "but they've obviously made a big leap in performance.

"But when I wake up, I'm still thinking about racing and the tough battles that have brought me and the team and my engineers closer together.

"I'll stop if I get to the point where I don't want to deal with the hassle," said Hamilton. "But even then I would miss the sport and the competition."

Finally, the seven time world champion would not back up Wolff's claims that he thought seriously about quitting.

"I don't remember that conversation, but if he said that the topic arose, then that's what happened," said the 36-year-old Briton.

"Obviously, that was not the most important thing to me, and I didn't let it distract me. This time, the negotiation process was much easier and everything happened very quickly."