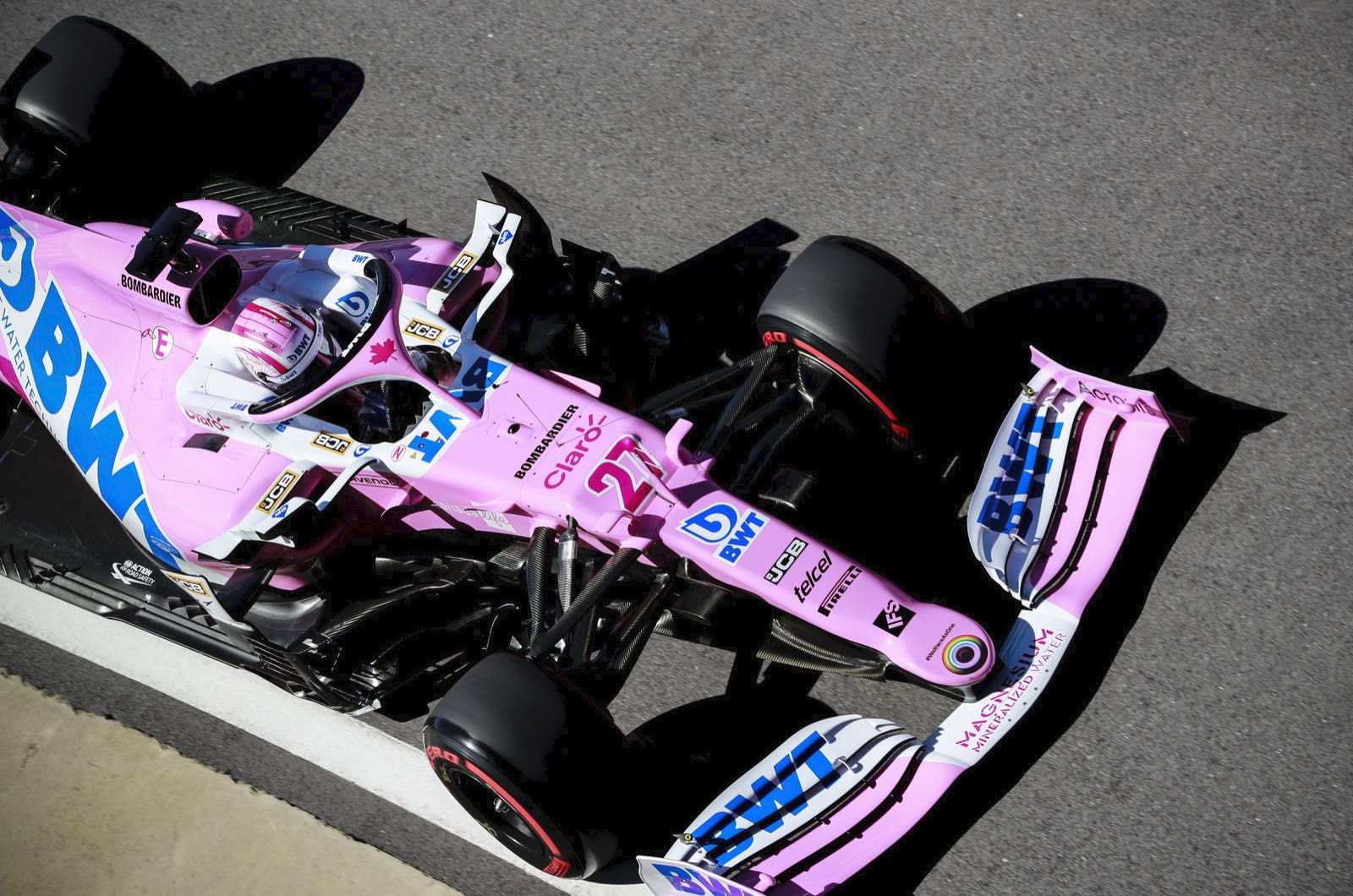 A group of rival teams is not happy with the outcome of Renault's protest against the 'pink Mercedes' raced by Racing Point this year.

Following a spate of protests against the car's allegedly copied brake duct design so far this season, the FIA finally announced on Friday that Racing Point has been fined EUR 400,000 and docked 15 points.

However, Racing Point will be able to keep racing the offending car, even though the FIA found that Mercedes had helped the Silverstone based team to copy the brake ducts.

"It is unreasonable to expect Racing Point to forget what they know and develop new brake ducts from scratch," the FIA's Nikolas Tombazis said at Silverstone.

Mercedes boss Toto Wolff said the sport's governing body is trying to strike a compromise between banning the car and putting down a marker about 'customer cars'.

Teams were given 24 hours to consider lodging an appeal.

"I think it would be a very long, very messy argument involving QCs and lawyers that will take a few months with the outcome unknown," said Wolff.

"I think the FIA tried to act sensibly here."

Nevertheless, Racing Point's rivals have signalled their intention to appeal, with Ferrari and McLaren the first to declare it but others also weighing up their options.

McLaren supremo Zak Brown even described Racing Point's argument - that it designed the car purely from photographs - as "BS".

"Therefore you have to question anything else around that car," he said. "I think this is potentially the tip of the iceberg and I don't think it's healthy for the sport."

Renault's Cyril Abiteboul said: "I can confirm we are considering whether or not to appeal.

"Because it's complex, we need to balance carefully the interests of the sport and the consistency of the sanction."

The FIA's Tombazis has at least signalled his intention to stamp out the practice of full car 'copying' for 2021.

"We do not want eight or ten Mercedes cars, or copies of Mercedes cars, on the grid next year," he insisted. "The results would then depend on the degree to which you have mastered the art of copying."