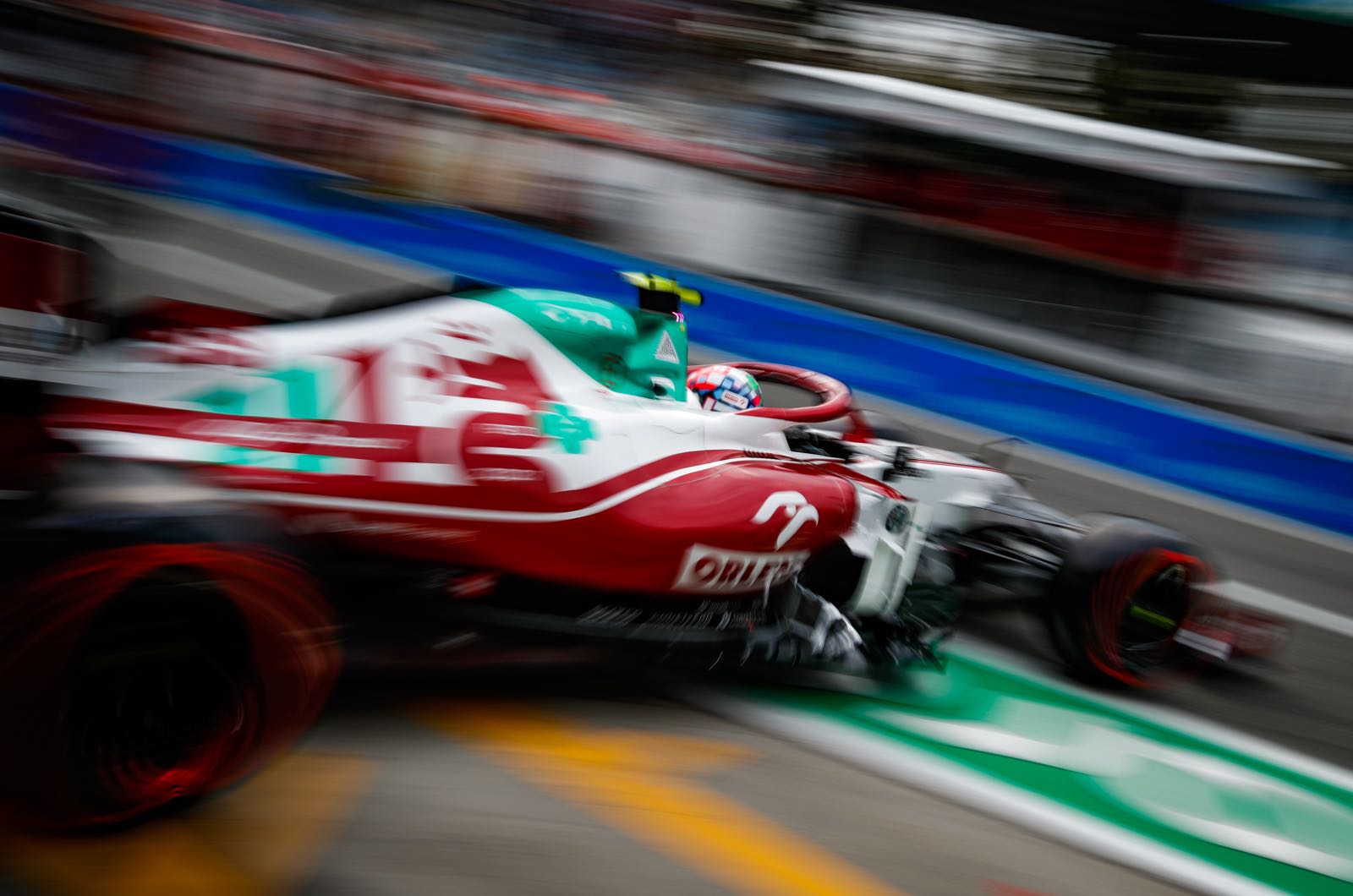 As the rest of the 'silly season' settles, Alfa Romeo has found itself the centre of attention from a speculative point of view in Formula 1.

The cockpit alongside Valtteri Bottas' is now the last realistic opening on the 2022 grid, and the candidates are lining up to replace Antonio Giovinazzi.

However, some wonder if ousting Giovinazzi would endanger the Swiss-based team's relationship with its engine supplier Ferrari.

"As power unit supplier, we are always evaluating the collaboration with the team and obviously the driver choice is part of the evaluation," Ferrari team boss Mattia Binotto confirmed at Monza.

However, it is strongly rumoured that Alfa Romeo will indeed oust Ferrari junior Giovinazzi and sign up Guanyu Zhou - a Formula 2 frontrunner whose Chinese backers are reportedly offering up some EUR 20-30 million.

"For sure he's on the list," team boss Frederic Vasseur confirms.

On Vasseur's 'to-do' list, meanwhile, may be talks with former F1 driver Michael Andretti - a powerful figure in the world of US-based racing who is reportedly interested in buying Hinwil-based Sauber.

"First, I think it's not the case," said Vasseur.

"On top of this, I am the CEO of the company but I think if one day this kind of discussion happened, it won't be with me. It will be with my shareholders."

Finally, Vasseur says he expects 41-year-old Kimi Raikkonen to return to his cockpit at Sochi, after sitting out a second consecutive race due to covid in the wake of his retirement announcement.

"I spoke with Kimi this week," said the Frenchman at Monza. "He's ok and has no big symptoms.

"But you know the protocol that when you test positive you have to stay ten days in isolation. Ten days is Sunday or Monday and I hope that he will be back in Sochi for sure."