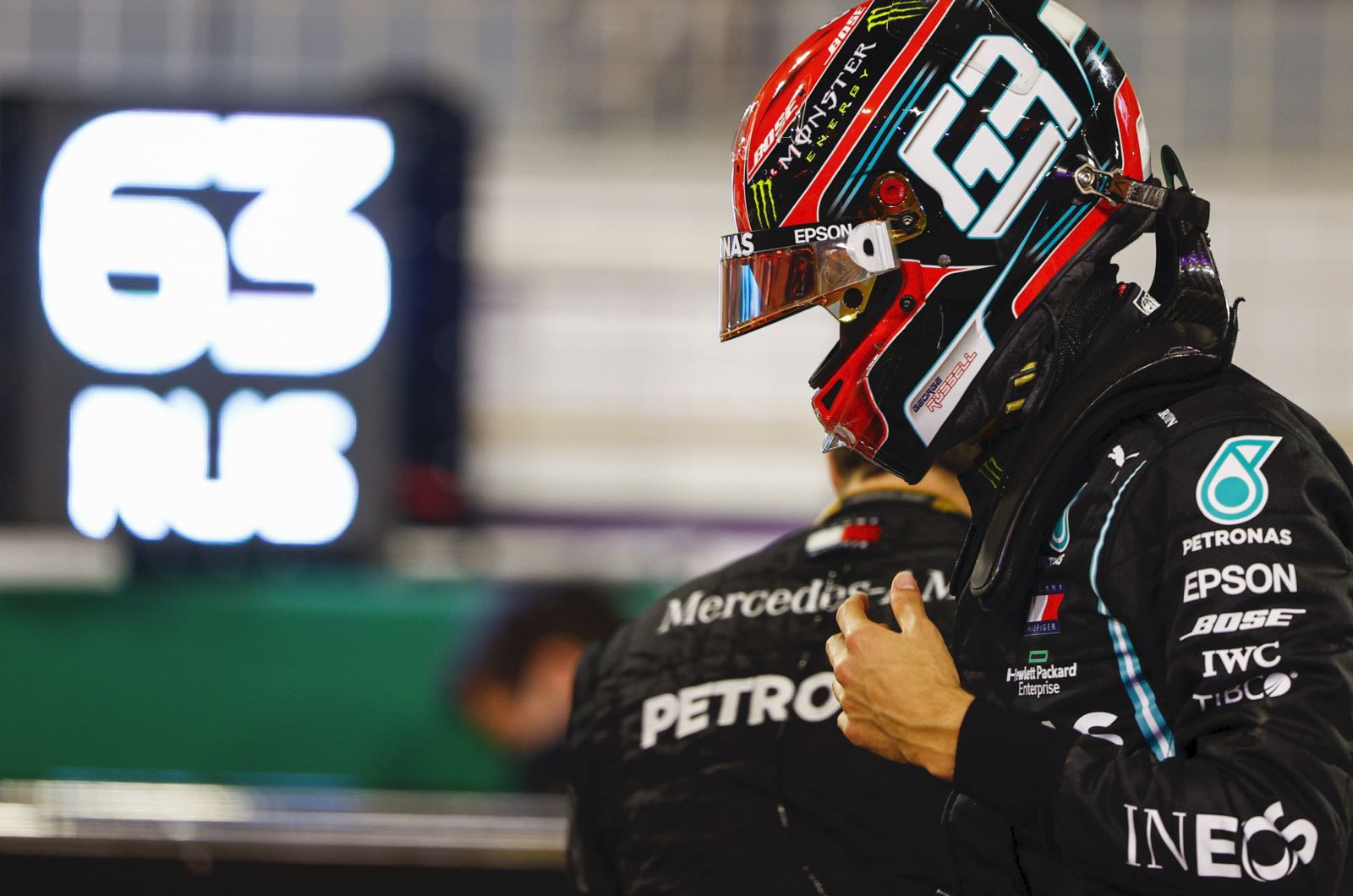 Toto Wolff has played down suggestions that Mercedes might be on the cusp of a sensational driver lineup change for 2021.

Although a new contract with Lewis Hamilton is not signed yet, the team had intended to line up with the seven time world champion alongside Valtteri Bottas - who has signed a 2021 deal.

But that was before Hamilton contracted covid-19, and George Russell came within what team boss Wolff describes as a "colossal f*** up" by the team of victory on Sunday.

"It won't be his last attempt to win a race," Wolff said of Russell's performance.

"It's just the beginning of a fairy tale that didn't work out today. I would say 'a new star is born'."

Wolff said Russell, 22, managed to get ahead and then stay ahead of Bottas although he "did not fit in the car and the levers were too small for his hands".

But he denied that Mercedes will now try to extract Russell from his 2021 Williams contract.

"George is a Mercedes driver but also a Williams driver with a Williams contract," said Wolff. "And our lineup is Valtteri and Lewis. So I do not see that scenario as realistic.

"But I do understand that this would be an interesting decision for all of us. Perhaps we will do this in the future.

"That's why I don't see this as a sad day - this is a day on which the team learned something. We learned that we can count on George Russell in the future."

As for Russell, he said he is "gutted" about Sunday's result - but also glad he managed to transmit the intended message.

"Hopefully Toto will now find himself in a difficult position when planning the future. If I've managed to achieve that, that in itself is a small victory."