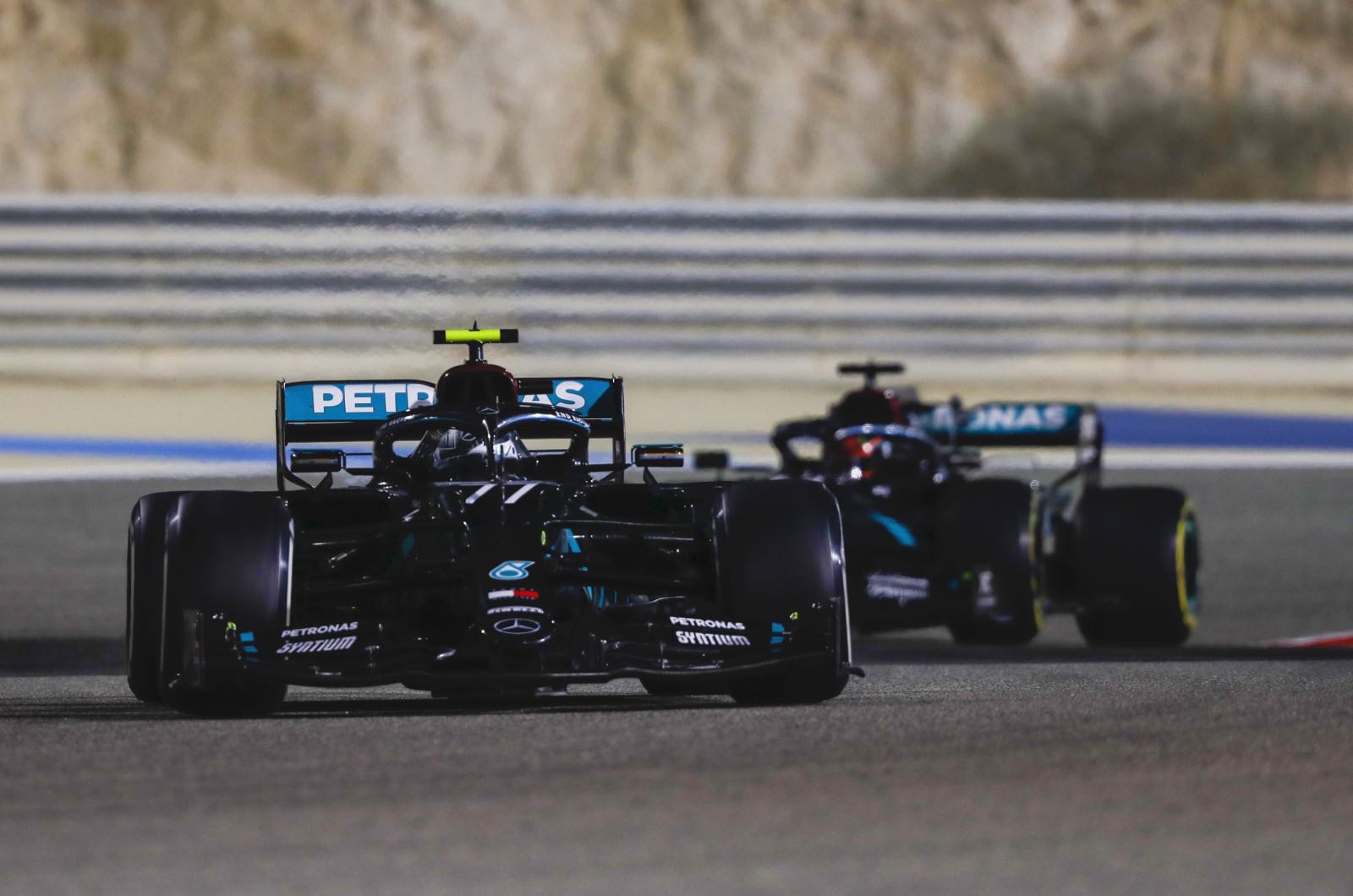 Valtteri Bottas put himself under a spotlight in Sunday's Sakhir GP - for the wrong reasons.

Team boss Toto Wolff isn't sure why Bottas appeared so out of sorts.

"I have to discuss that with him and his team," he said in Bahrain. "But no, he didn't shine today.

"Maybe the air is coming out after the world championship is over - but I don't know," Wolff added.

"After a weekend like that, I wouldn't surprised if he lost his seat."

Another former driver, Ralf Schumacher, agrees: "Bottas has a problem, but so does Hamilton."

Wolff denied that he will use Russell's performance to pressure Hamilton amid his forthcoming contract negotiations, and also defended the seven time world champion amid suggestions he wins mainly because of the car's dominance.

"Lewis wins as much as he does because he's the best driver in the best car," he said. "It's always a combination of both.

"We must not be blinded now by the phenomenal drive of a young man with a great future in Formula 1. Lewis is still the benchmark," Wolff insisted.

As for Bottas, the focus on him in the wake of Russell's drive is now entirely negative.

"Today, Valtteri simply faced a better guy. It's too bad that Hamilton hasn't had a decent teammate and a harder fight in recent years.

"It would be nice if he could get that now," said Lehto. "I previously said that it could be Max Verstappen, but now that is also valid for Russell.

"Mercedes will definitely now be thinking about how to make a super team even better. Valtteri has had opportunities for several seasons, and at best he can rarely beat Hamilton. Valtteri has shown us what his level is."

Wolff said it is possible that Russell will return to Hamilton's car this weekend in Abu Dhabi.

"Lewis is feeling a little better today so if he has a negative test, he will drive. If not, it will be George," said the Austrian.