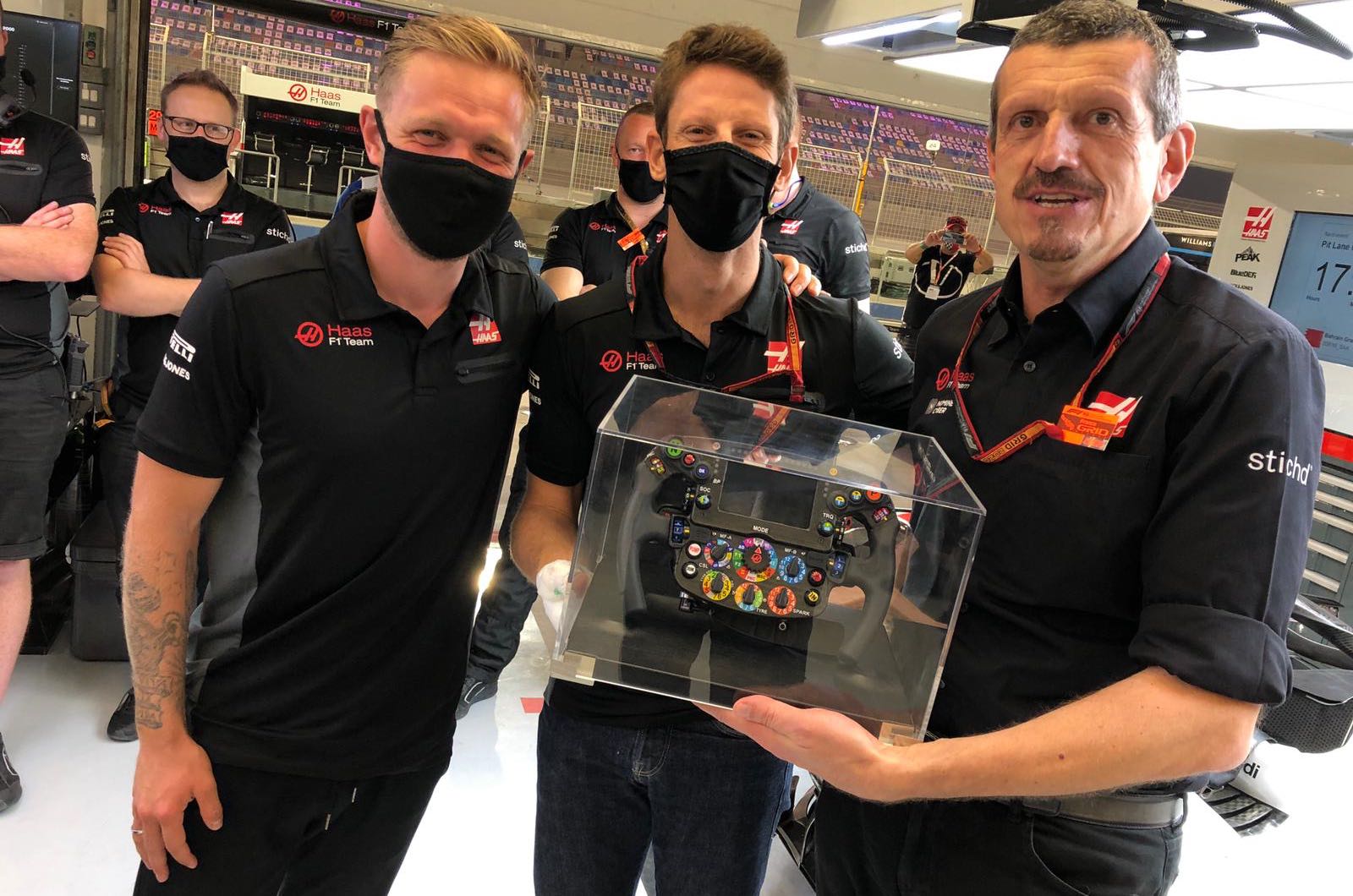 Romain Grosjean says skipping the final race in his Formula 1 career this weekend will safeguard his longer-term health.

The Frenchman, who watched Sunday's Sakhir GP from the sidelines, made the "most difficult but wisest" decision to return home to Switzerland rather than try to return to his Haas cockpit with burned hands in Abu Dhabi.

"I said goodbye to the paddock," the 34-year-old told France 2 late on Sunday.

"At the gates, scanning my pass, I thought it was probably the last time I would see my name with 'F1 driver' underneath.

"I will not be in Abu Dhabi because my left hand is still badly burned," Grosjean explained. "It would not be safe and I want to avoid a skin graft. But I will come back to the paddock to see my friends next year."

Earlier, there had been speculation that newly-crowned Formula 2 champion - and 2021 Haas driver - Mick Schumacher would take over Grosjean's vacant cockpit in Abu Dhabi this weekend.

But the small American team has confirmed that Pietro Fittipaldi will be back in the car.

"It's very difficult nowadays to make it to Formula 1 but I can say I've finished a Formula 1 race," said the grandson of F1 legend Emerson Fittipaldi after finishing last in Sunday's Sakhir GP.

Two places ahead of him, Haas regular Kevin Magnussen - who is moving to US-based sports cars next year - said on Sunday that the team's 2020 car is "definitely the slowest in the field".