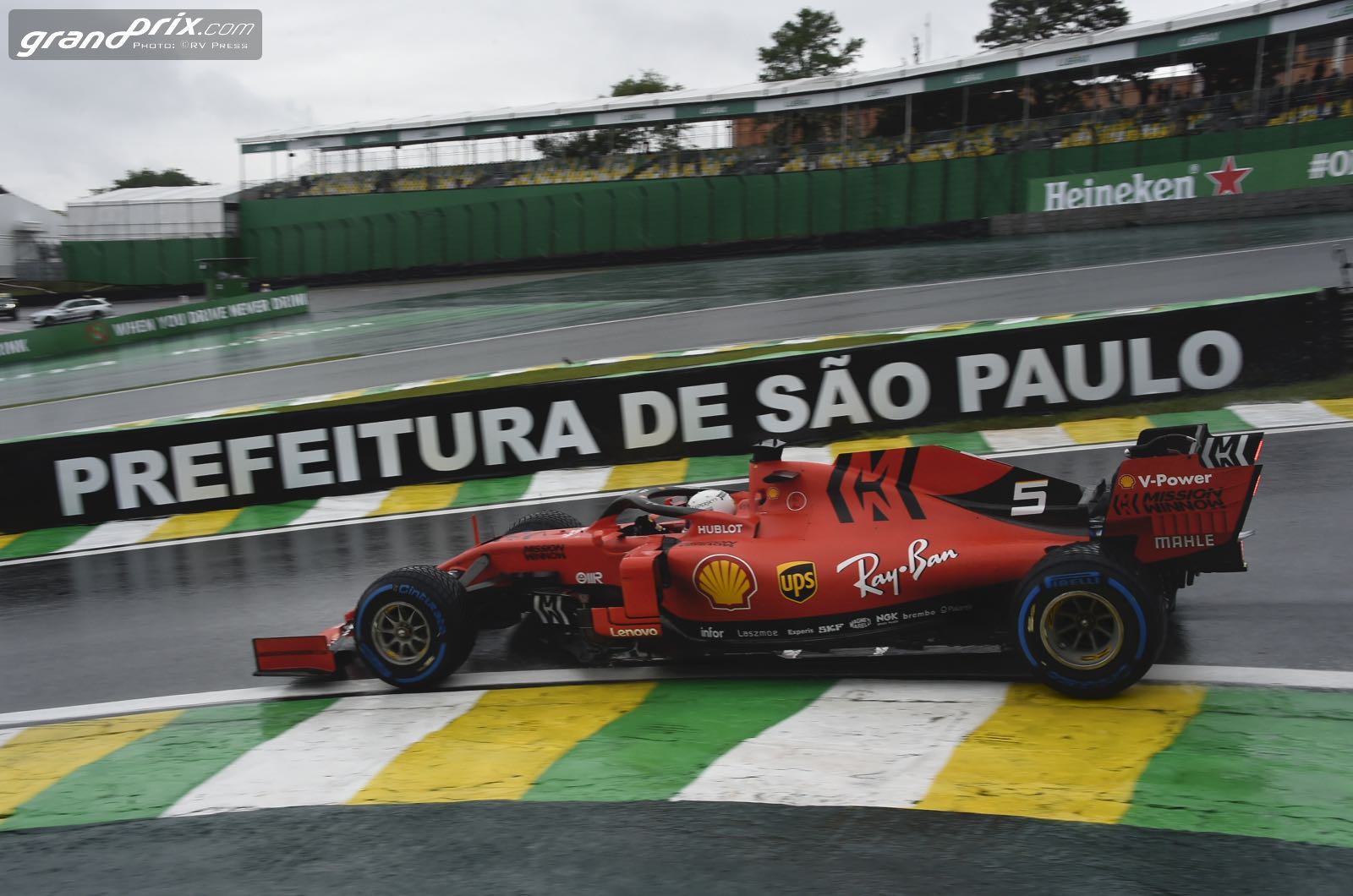 Ferrari's rivals in Brazil held fire on lodging an official protest against the Maranello team's engine.

With two technical directives already issued and both Mercedes and Red Bull-Honda teaming up against Ferrari, rumours that a protest was imminent died down as qualifying took place at Interlagos.

"We did our part," Dr Helmut Marko said, after Red Bull prompted the first technical directive in Austin. "Now it's Mercedes' turn.

"They know more about it than we do," he said in Brazil.

Auto Motor und Sport quoted an insider as saying at Interlagos: "If Ferrari continues in the same way, they certainly have a lot of courage."

But on Saturday, Ferrari's power advantage of Friday actually faded, and it was Max Verstappen scoring pole.

"We got beaten fair and square," said Sebastian Vettel. "It was a bit of a surprise. Not to see them (Red Bull-Honda) that quick but to see them that quick on the straights.

"So, a little bit suspicious."

German Vettel may have been joking with his final jibe, but heads were being scratched as to why Honda is suddenly so strong.

One theory is that Honda's efficiency on the hybrid side means it is less affected by the high altitude in Sao Paulo.

"We've been down on power," Mercedes' world champion Lewis Hamilton said after qualifying behind the Red Bull as well as Vettel's Ferrari.

"It's obviously great for the sport that we have another manufacturer starting to produce good engines, but I don't fully understand it."

James Allison, who in Toto Wolff's absence is the acting team boss in Brazil, explained: "We would have to conclude that Honda has advantages on the electrical side."

As for the risk of a protest against what is being described in the paddock as Ferrari's engine "tricks", boss Mattia Binotto said the team has changed nothing since the FIA issued its technical directives.

Red Bull's Marko told Auto Bild: "We did not ask the FIA about Ferrari specifically. We just want to be sure that we have no disadvantages for 2020.

"But suddenly, Ferrari does not have such a big edge in top speed. It's strange," he added.