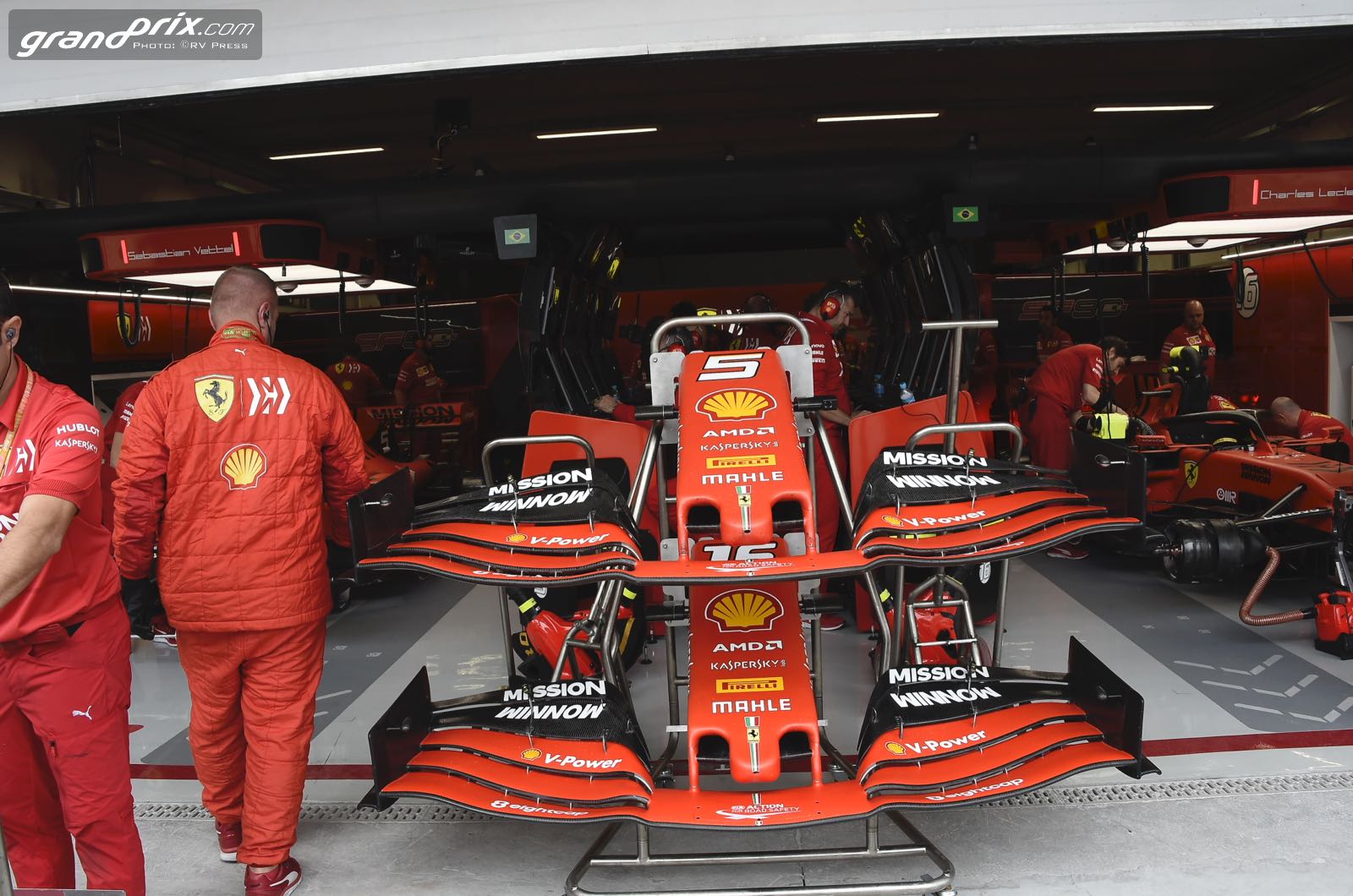 Ferrari's two drivers are determined to be crowned 'best of the rest' in 2020.

Mercedes' Lewis Hamilton and Valtteri Bottas have already locked out first and second places in the drivers' championships.

But Charles Leclerc, Max Verstappen and Sebastian Vettel are all within 19 points of one another for third.

"My goal is third place in the championship, because obviously first and second are out of reach. Clearly I prefer third to fifth," said Vettel.

But there could be more to it than that, after the German's teammate Leclerc began to challenge Vettel's status as Ferrari number 1 this year.

Vettel insists: "I don't think whichever one of us is ahead will be important for 2020."

Leclerc publicly agrees with that, but he also said he is determined to hang onto third place.

"It's not about taking the lead in the team," said the 22-year-old. "But it would be incredible to finish third in the world championship.

"Last year I fought for 13th place and I never imagined that I would be so far up this year. So I want to do it purely for personal reasons," Leclerc added.