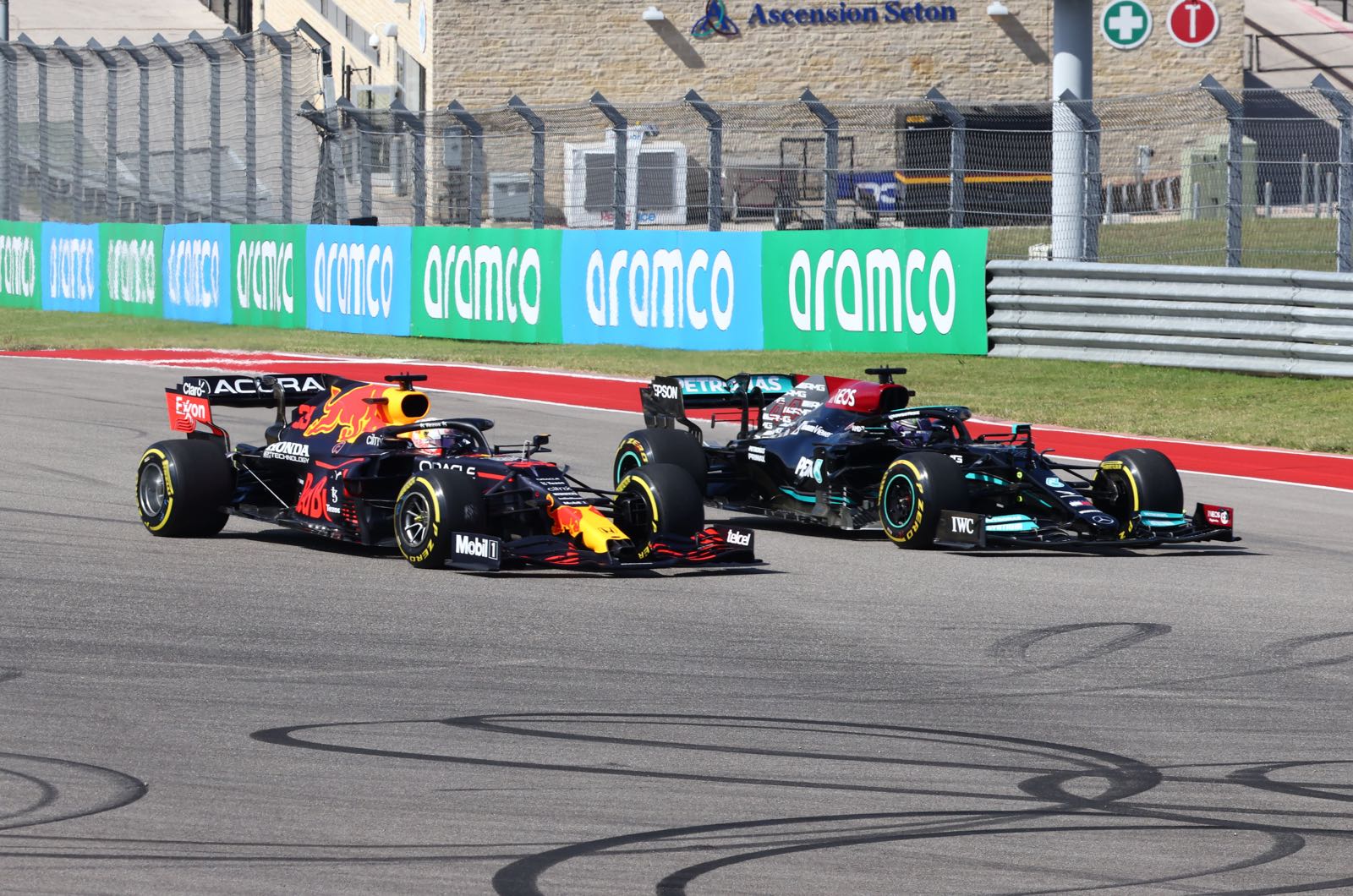 Red Bull has ruled out trying to copy Mercedes' rear suspension layout that could reportedly boost straightline speeds by as much as 15kph.

Much has been made about Red Bull's revelations about the Mercedes system, but team bosses have now repeatedly ruled out lodging a protest or claiming it's illegal.

In fact, it was apparently also on Mercedes' 2020 car.

"They're just doing a lot better with it than they used to," Red Bull team boss Christian Horner told Auto Motor und Sport.

"In Turkey it was seven tenths of a second from turn 8 to turn 12. But they were weak in turn 8. I presume speed on the straight was more important to them."

Indeed, in Austin, Mercedes appeared to get little benefit from the system at all.

"They had to be careful with lowering the car because of the fast corners and only made up a tenth to us on the straight," Dr Helmut Marko added.

And so it seems Red Bull has no plans to try to mirror such a system on its own car - especially as the 'high rake' concept makes it basically impossible.

"It doesn't work with us," confirmed Horner.

"The concept of our car only works if the front wing is as close as possible to the road. That was always the case with the (Adrian) Newey cars."