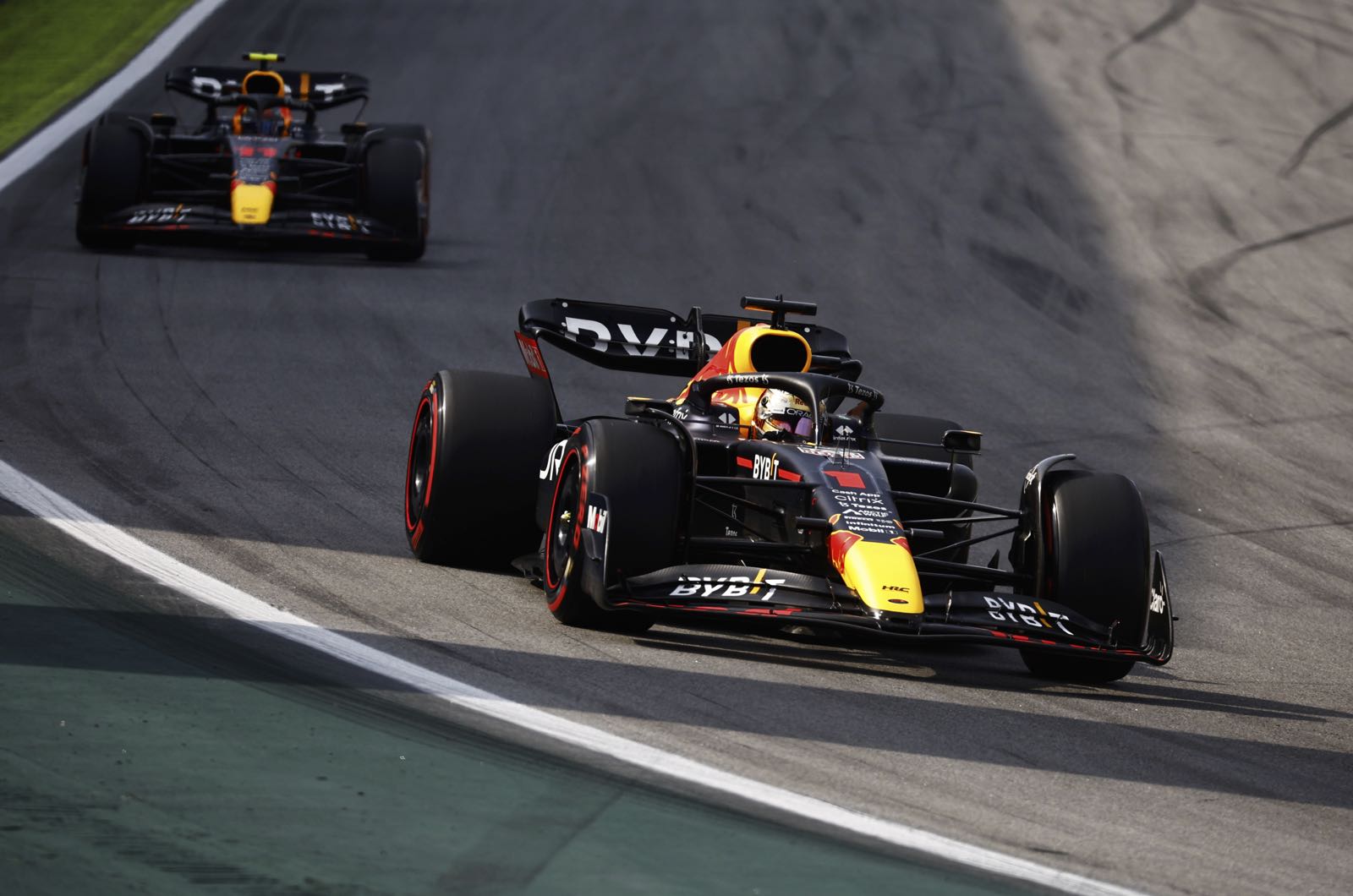 Instead, Mexican Perez is now locked on points with Ferrari's Charles Leclerc heading into the season finale this weekend in Abu Dhabi.

"Max should do everything possible to help us finish first and second in the drivers' championship," Austrian Marko, 79, said after Dutchman Verstappen directly refused a team order to let Perez past at Interlagos.

"I have nothing more to say about what happened."

He did, however, reveal that the matter has already been discussed behind closed doors, with team boss Christian Horner insisting they even "shook hands".

What is beyond doubt is that Verstappen offered his race engineer complete radio silence when the request was made late in the Brazilian GP.

Once the chequered flag flew, the 25-year-old explained his position on the radio.

"I told you already, don't ask that again to me. Are we clear about that? I gave my reasons and I stand by it."

"This shows who he really is," he said on the radio.

Perez then told the media: "After all I've done for him, I'm disappointed, to be honest. I'm really surprised.

"If he has two titles, it's also thanks to me," Perez told Spanish language media.

Verstappen, however, hinted that there is more to the story. When reporters asked if his decision was linked with a past event, he confirmed "yes".

"I have my reasons for that and we just discussed it," he said. "I think it was good that we sat together and talked about it, so we can move forward from here.

"I talked with Checo, Christian and Helmut and I explained everything."

The leading theory, first mentioned on Viaplay by well-known racing driver Tom Coronel, is that it was payback for Perez supposedly deliberately crashing in the dying moments of Monaco qualifying this year.

When asked if that theory is true, Verstappen said: "Decide for yourself. I won't say anything but it's clear that we are not babies.

"If he needs support and I can give it in Abu Dhabi, I'll be there. But it's good that we talked about it already and cleared up everything about why I didn't let him pass."