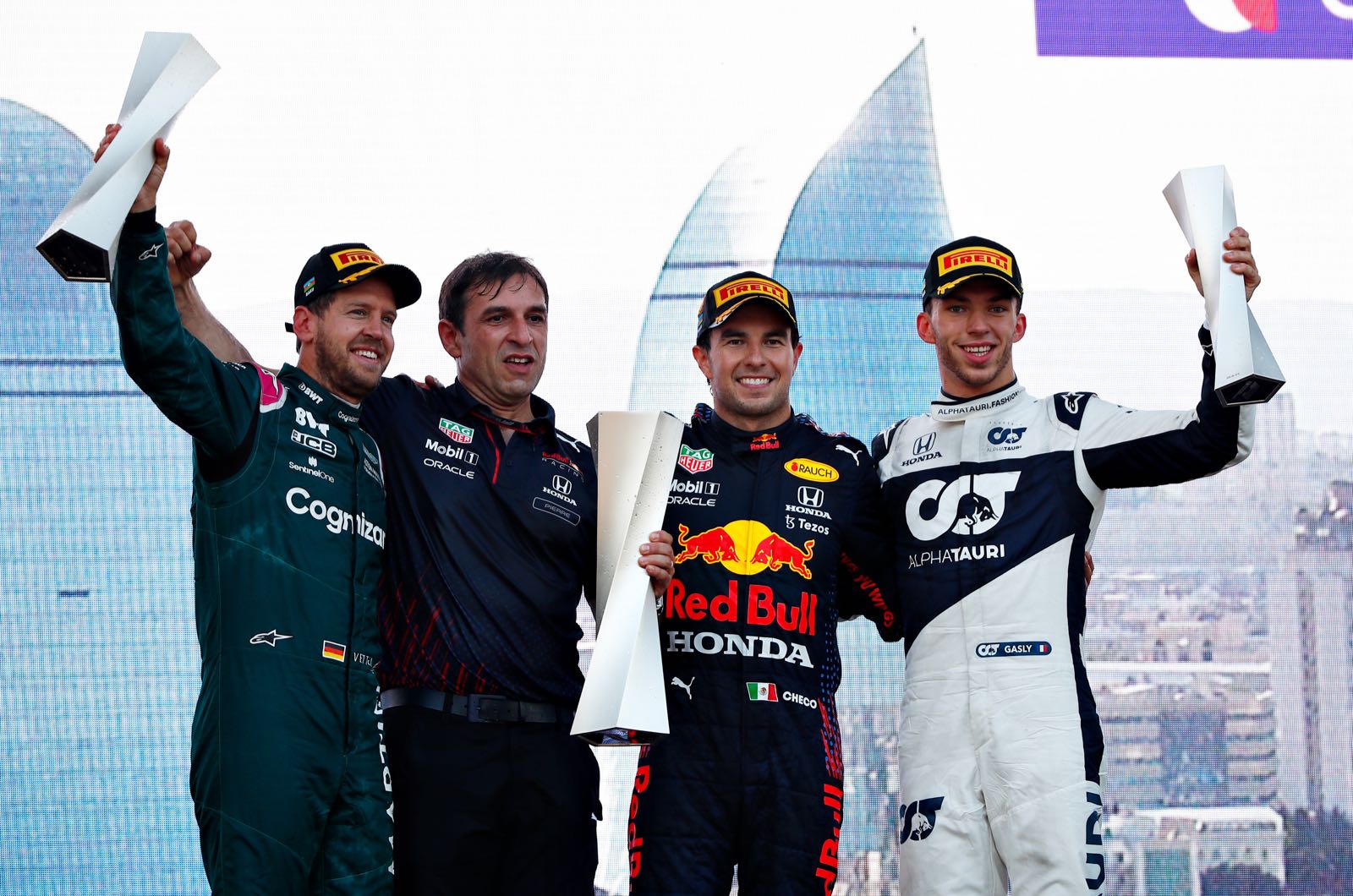 That is the view of former Red Bull driver Robert Doornbos, after Perez shrugged off his earlier struggles to keep up with Max Verstappen by winning at Baku.

"First of all, I'm very sorry for Max about what happened to him but this is definitely a strong boost of confidence for myself and the team," Perez said.

Immediately after the chequered flag, many wondered if Toto Wolff would make good on his promise to potentially protest the legality of Red Bull's rear wing.

The Mercedes boss said: "We will not protest Sergio and look instead to the new FIA tests from France."

Therefore, Perez's victory stands - and Doornbos thinks it will lift a lot of pressure from the Mexican's shoulders.

"Helmut Marko has put quite a lot of pressure on him lately," the Dutchman told Ziggo Sport.

"But look at how he won - under pressure from a seven time world champion. Perez had Hamilton in his mirrors for the entire race."

Perez insisted he certainly has no hard feelings about the pressure Marko and Red Bull put on him to get up to speed with Verstappen in 2021.

"The team gave me a massive opportunity," said the former Racing Point driver.

"I found my adaptation harder than expected but we've been showing flashes of speed here and there," Perez added.

"But now I finally feel at one with the car. I understand a lot better how to drive it, and the team now has a better understanding of what I need from it.

"This weekend I had the feeling for the first time that I could show my full performance."