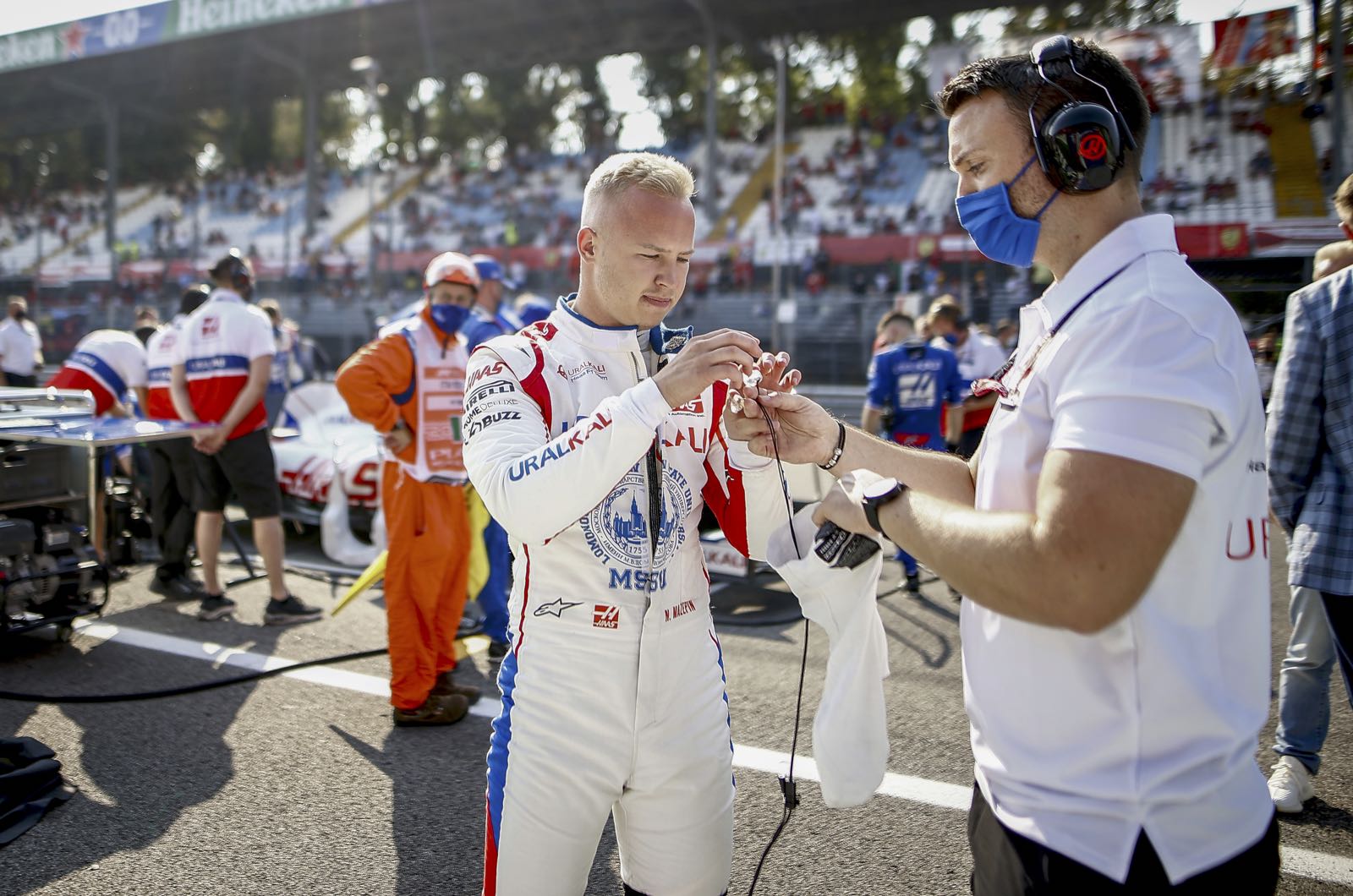 Nikita Mazepin says he is finally hitting a higher gear in Formula 1 thanks to a new Haas chassis.

The Russian rookie, and his wealthy father Dmitry, reportedly pressured Gunther Steiner to provide a chassis for Mazepin that is as light as the one raced all season by Mick Schumacher.

"My one-lap pace has improved massively since the first practice session in Spa," 22-year-old Mazepin said at Monza.

"And we all know what happened there," he added, referring to the debut of his current chassis, which was last raced by the small American team in 2020.

"It's good to know that I can trust my feelings again," said Mazepin. "The confidence of the car doing what I want it to do is now coming back."

Boss Steiner had played down the impact of the few extra kilograms in Mazepin's older chassis, but Mazepin insists it is actually "very simple physics that you learn in school".

"The more weight you carry into the corner, the more downforce you need," Mazepin said.

"The lower the weight, the more speed I can take in - just like my teammate."

The earlier situation, Mazepin suggests, had led to the general impression that Schumacher is simply a better driver.

"I've been fighting for the same position in the team for some time now," he said.

"But that's not so easy as a newcomer compared to a superstar who has been linked to Formula 1 for years."

When asked about Mazepin's latest comments, team boss Steiner said at Monza: "I don't know what he means or what he thinks is better now.

"I'll have to ask him about that."

"It's about learning," he said. "A few good results are always good for self-confidence.

"Before that, he didn't know what to do with the car to make it do what he wanted. Now he knows."

As for Sunday's race, following a recent spate of incidents between Mazepin and Schumacher, Steiner said he is hoping for "no more friction" at Monza.

"I want our boys to also fight with Robert Kubica in the Alfa and not just against each other," said Steiner.