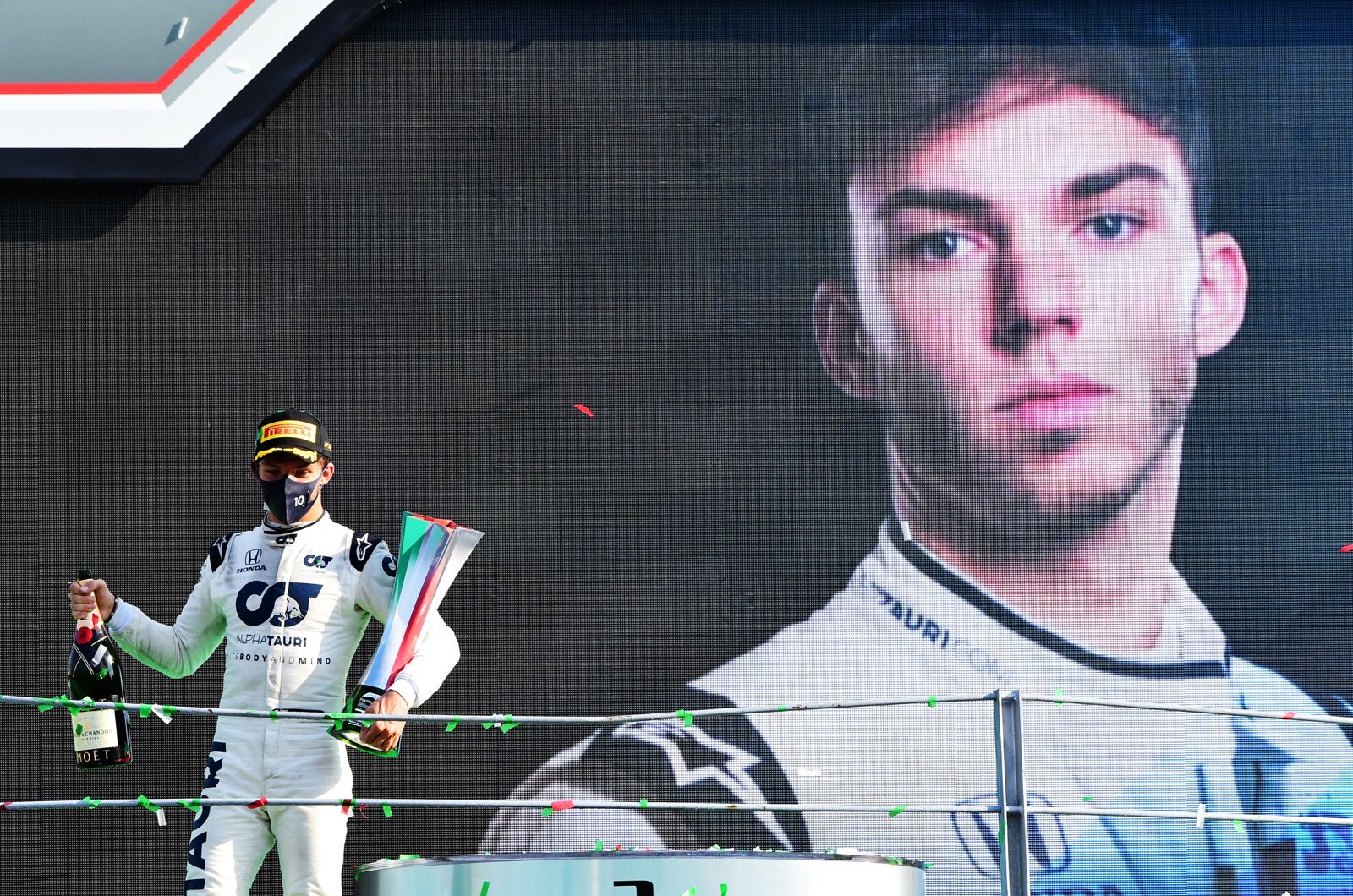 Monza winner Pierre Gasly is still "not a consideration" for a re-promotion to Red Bull Racing.

That is the news from Dr Helmut Marko, after the French driver suggested "strong results should be rewarded with something".

"This year Mercedes has won every race except one victory for Max and one for me."

However, Alex Albon retains the support of Red Bull - even though he is faring little better than Gasly had at the point of his demotion to Alpha Tauri last year.

"That is currently not a consideration," Marko told DPA when asked if Gasly might now return to Red Bull.

"Gasly is one of the Red Bull drivers who is currently at Alpha Tauri and doing a great job there. We need a team leader there too."

Prior to the Red Bull takeover, Alpha Tauri - formerly Toro Rosso - was actually founded as Minardi by Gian Carlo Minardi.

Minardi is not sure if Gasly and Albon now need to swap places.

"It is very strange that only Verstappen knows how to drive the Red Bull car," he told La Gazzetta dello Sport. "Anyone by his side suffers so something is wrong.

"I do not blame Albon because Gasly also suffered next to Max. It is clear that he is a great driver who knows how to optimise the car and the other two do not."

More broadly, Marko is angry that Red Bull was not able to capitalise on Lewis Hamilton's troubles at Monza, as Max Verstappen ultimately scored no points.

"It was a huge chance in the fight for the world title delivered on a silver platter," he said.