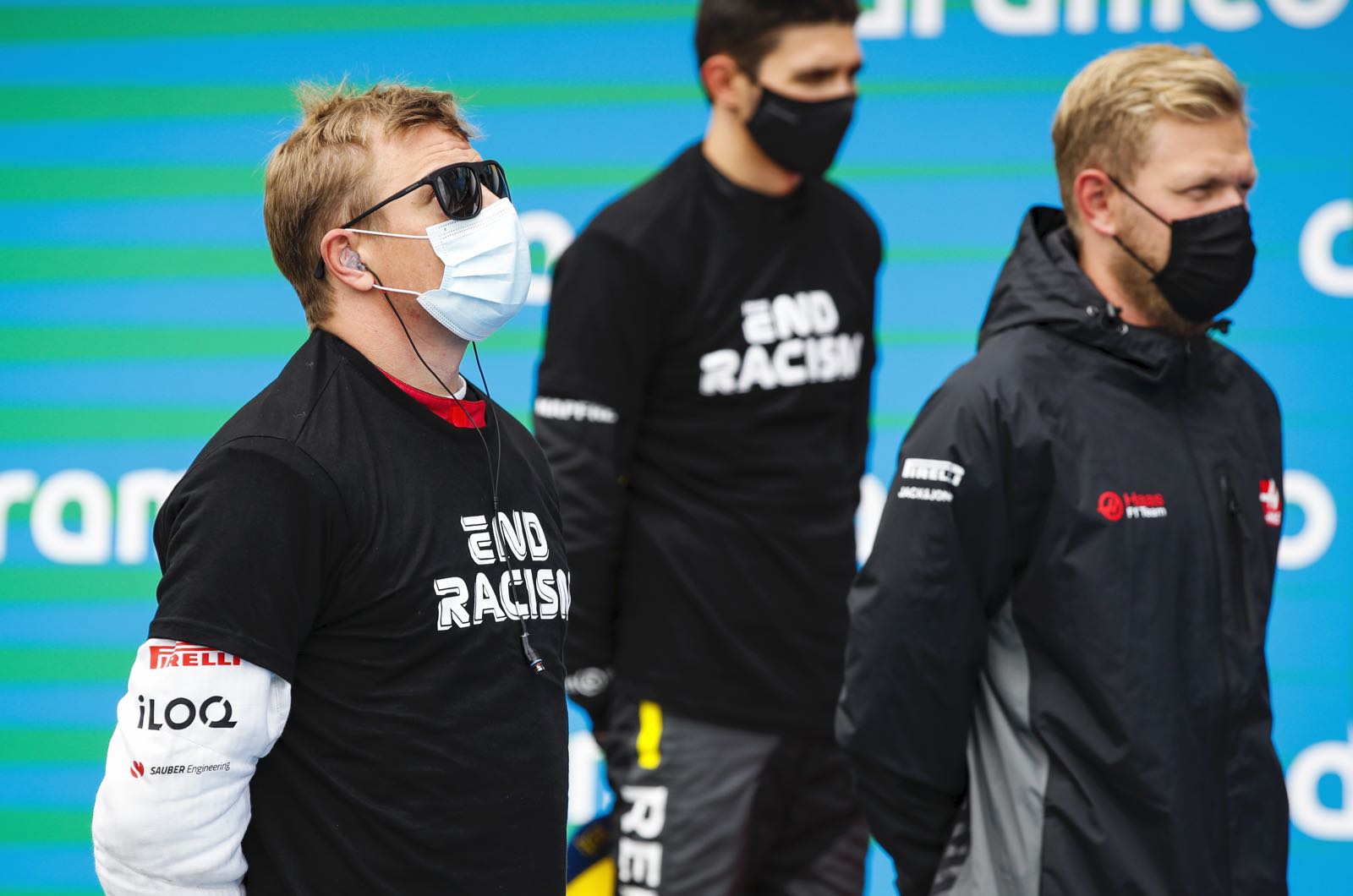 Drivers have been allocated ten extra minutes so as to better organise their 'take a knee' moment against racism before Sunday's Silverstone race.

Following the controversial shambles of Hungary, the FIA revealed a detailed pre-race schedule for Sunday that even outlined the kind of acceptable gestures the drivers could make.

This moment will then precede the "start of (a) clapping moment" for Britain's National Health Service.

"I hope the above is clear and provides some clarity and reassurance to the drivers," the FIA said.

Renault driver Daniel Ricciardo said the procedure has even tweaked the proceedings of the actual track action, with the pitlane to open ten minutes early.

"The pitlane will be open not 30 minutes before the race, but 40," said the Australian.

"That will give us more time before the anthem for various initiatives without a rush.

"Everyone will decide for himself what to do - whether that's kneeling, standing, but there will be plenty of time before the anthem for the ceremony," Ricciardo added.