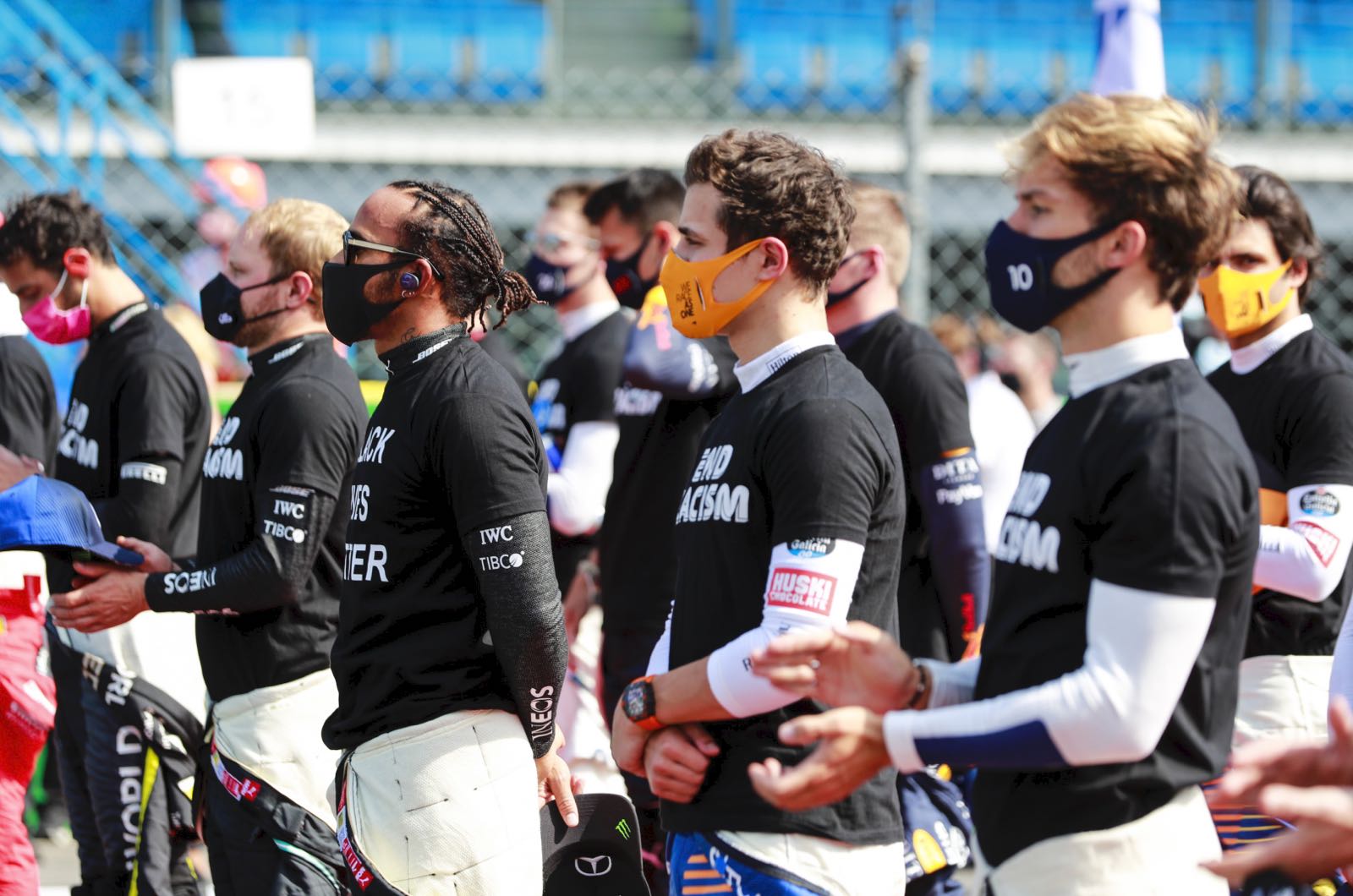 Bernie Ecclestone does not agree with the way Lewis Hamilton handled his political activism in 2020.

The former F1 supremo has already clashed with new seven time world champion Hamilton this year over his involvement in the Black Lives Matter movement.

"There's obviously no doubt about his talent," 90-year-old Ecclestone told La Stampa newspaper. "The results he has achieved speak for themselves.

"But outside of the track, he did a number of things badly. He could have achieved a lot more behind the scenes if he had been more quiet."

In the same interview, Ecclestone courted more controversy by doubting whether Charles Leclerc will be able to lead Ferrari's F1 revival from the cockpit.

"He is doing well in the sport and he will continue to do well," he said. "But I still don't think we will see anything special from him in the future."

As for the sport more generally, Ecclestone admitted: "The Formula 1 during the Alain Prost and Niki Lauda years was more my thing.

"Back then, it was the drivers who were behind the wheel, while today everything is done from the pitwall."