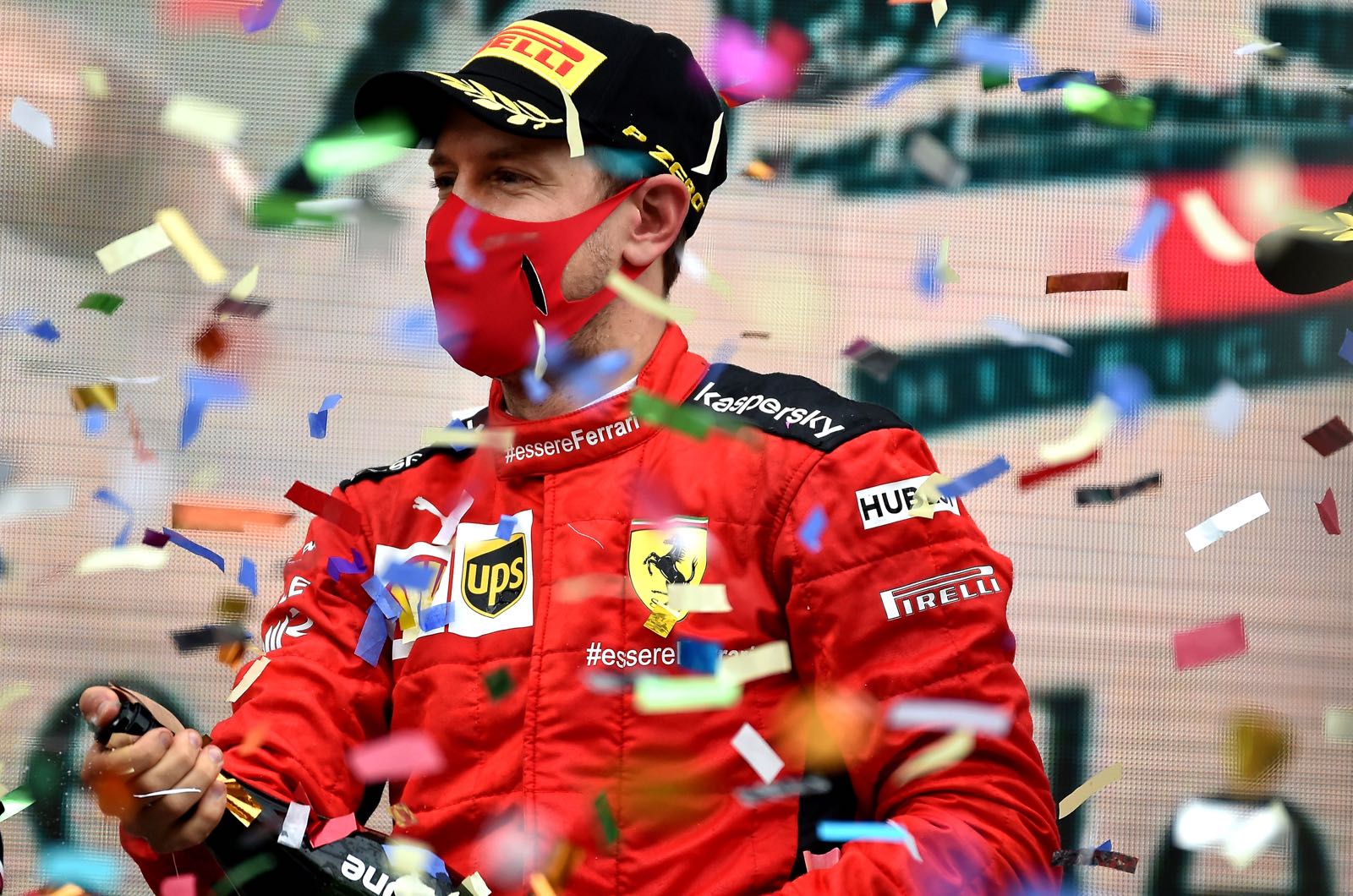 Mattia Binotto says he is pleased that his experiment of sitting out a grand prix at Ferrari's Maranello headquarters over the weekend was a success.

For the first time since becoming team boss, the Italian did not travel to the race location at the weekend.

Ultimately, Istanbul turned out to be Sebastian Vettel's first podium of the season, while Charles Leclerc only lost that place in a late race error.

Binotto had explained his planned absence in Turkey on the basis that Ferrari is now fully focused on 2021.

"In general we saw a competitive Ferrari on Friday, Saturday morning and today, and this is the most important point of the weekend," he told Sky Italia on Sunday from Maranello.

"In the last few races the car has proved to be more competitive than at the start of the season, proving that we have taken the right direction of development.

"We are focusing on 2021, but these are encouraging signs," the Italian added.

"So if you ask if I am sorry for not being at the track, no," Binotto insisted. "I have to be present especially in difficult moments so I decided not to go to Turkey because the car was already improving with a few races left.

"These results are welcome so now maybe I will not go to Bahrain either."

Vettel, meanwhile, dismissed any suggestion that his renowned superstitious nature could mean he wants Binotto to keep staying away for that reason alone.

"I don't believe in things like that at all," the four-time world champion insisted.

"We have so many people who do so many different things in a weekend, and ultimately that is what the picture of an entire weekend is made of."