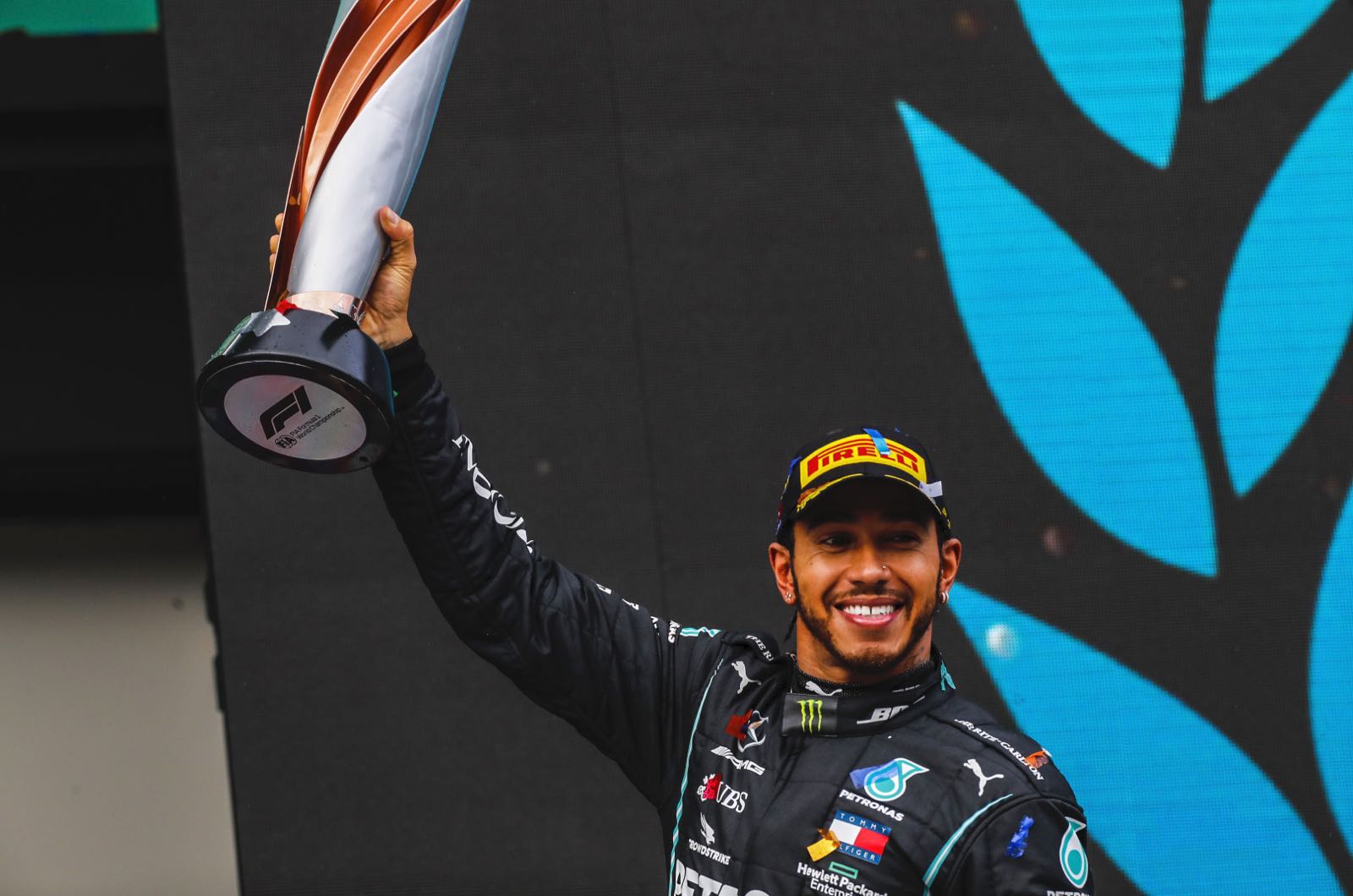 A skilled drive on a slick track surface netted Lewis Hamilton victory in the Turkish Grand Prix and something that was once beyond his wildest dreams – his seventh world crown. This how he did it.

The Istanbul Park track had been resurfaced a month before the race. The very smooth surface created very little traction for the Pirelli tires.

It had rained prior to the start of the 58 lap race. Although the rain stopped, the track was still wet enough for Pirelli's full wet tires. All the drivers chose them except for the Williams duo of George Russell and Nicolas Latifi who had the intermediate tires.

There were spins and skids on the opening lap, but Stroll and Perez, first and second, were well clear of any mayhem.