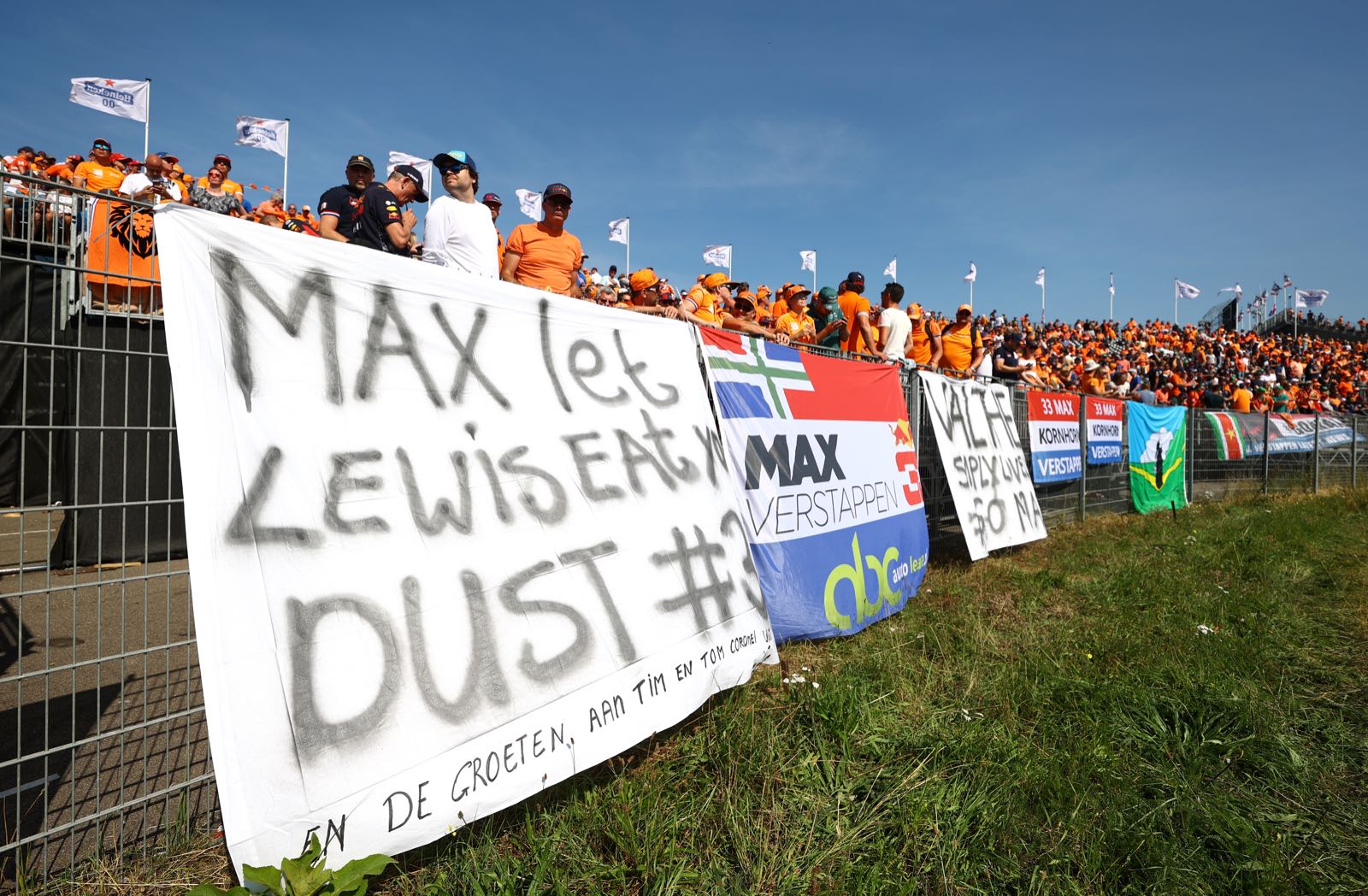 Zandvoort is cementing its place in Formula 1's medium-term future.

The entire racing world hailed the success of the first Dutch GP for almost four decades, where legions of orange-clad fans created what Christian Horner described as a "nightclub atmosphere".

And the 'old school' nature of the circuit, combined with some steeply banked corners, was also popular among the drivers.

"How unforgiving the circuit was surprised us a little, but 6 or 7 years ago all the circuits were like this," F1 veteran Fernando Alonso told DAZN.

"If someone of Lewis' stature says the track is epic, that's fantastic for us," he said.

"He also deserves a huge compliment for the way he presented himself here and interacted with the Dutch fans."

Now, contract options for several more years at Zandvoort are likely to follow.

"The management of Formula 1 is very happy with us and they're making that known on all sides," said Dutch GP boss Jan Lammers.

"Obviously we are very happy with that."

The icing on the cake was home hero Max Verstappen's dominant win from pole, with Lammers commenting: "We wanted to create a fantastic festival here, and we succeeded.

"It's indescribable how Max is that extra factor for us."

The only negative, he says, is the financial loss caused by authorities' decision to prevent a third of the ticketed 105,000 spectators per day from attending.

"We haven't calculated everything yet, but the decision cost us 10 million euros," he revealed. "Because it was 100 percent effort but not the expected 100 percent return.

"At the same time, we don't want to complain, so we see the glass as two-thirds full. We are here for a long time and want to go one better next year."

It is unclear whether Zandvoort will get another September date on the 2022 schedule, but Lammers says that is not a concern at the moment.

"I don't worry about that, because the calendar is the responsibility of Formula 1 and the FIA. I'm concentrating on making sure we keep one of the twenty or more dates for at least five years," he said.