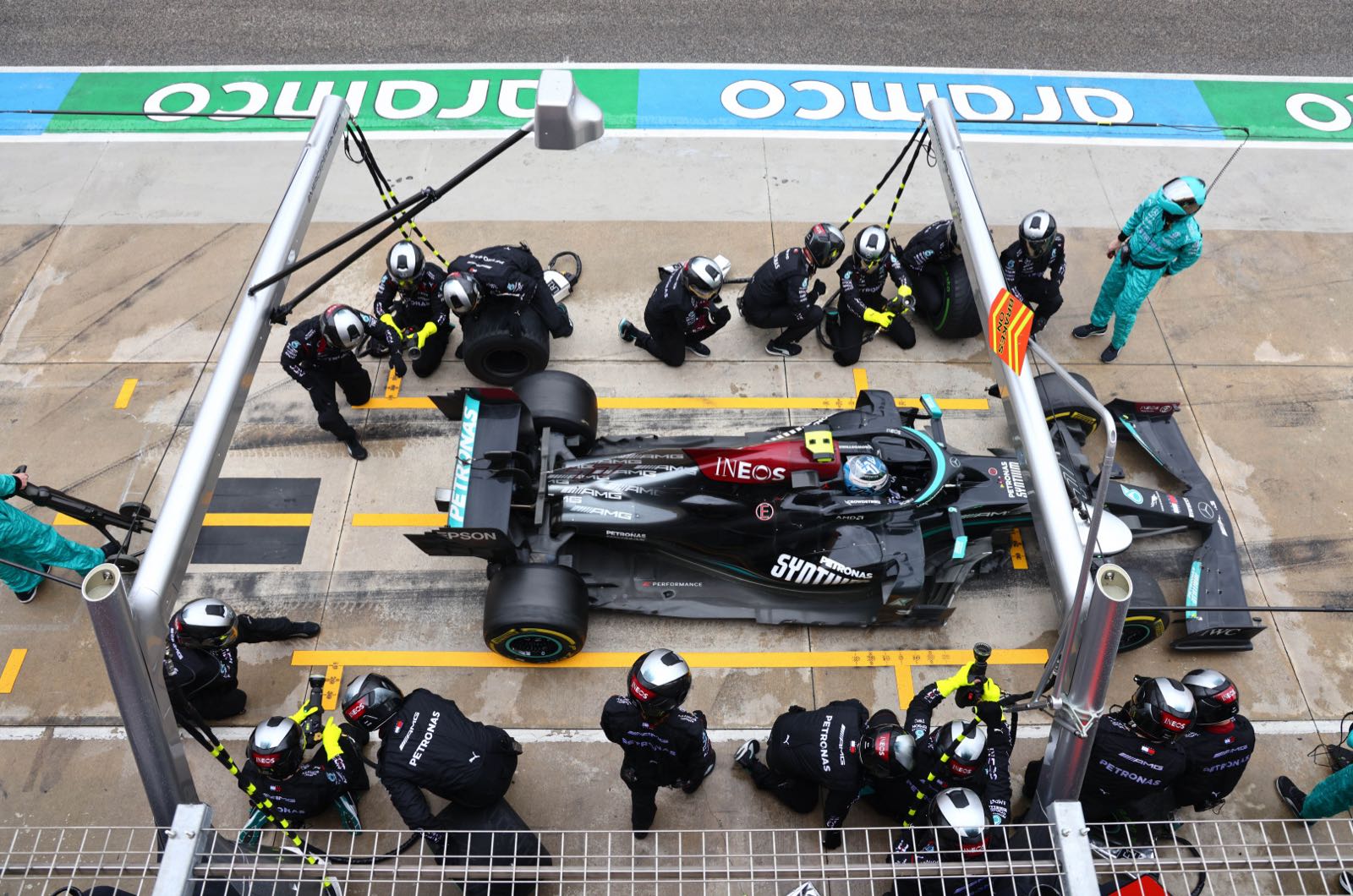 Toto Wolff and Valtteri Bottas were united late on Sunday in the wake of the Finnish driver's huge crash with Mercedes junior George Russell at Imola.

Russell, who races for Williams, was livid at Bottas after their high-speed shunt, slapping the Mercedes driver's helmet and berating him before the Finn had emerged from the wreck.

"Perhaps if I was another driver, he wouldn't have done that," said Russell, alluding to rumours that he is in pole position for Bottas' seat in 2022.

Bottas told Ilta Sanomat newspaper: "I didn't hear a word he said but I could tell it was nothing positive.

"When I didn't hear anything, I tried to communicate with my finger," he added.

Bottas claimed the incident was "completely" Russell's fault, and his team boss Wolff agreed that the replays "show a tendency towards wrongdoing by George".

Wolff also slammed Russell's suggestion that Bottas had been dangerously aggressive because he fears losing his Mercedes seat to the British driver.

"That's bullsh*t," Wolff said, while Bottas answered to the same question: "Unfortunately I left my tin-foil hat at home".

Wolff continued: "I have to talk to George again. I accept that there is a learning curve, but for that there has to be insight.

"He might need to think about it for a few days."

However, Wolff also didn't let Bottas off the hook, insisting Lewis Hamilton's teammate "shouldn't have been there" in the fight for minor points after a poor weekend.

But he also hit back at the notion that either driver has something to 'prove' as they theoretically tussle for the plum 2022 seat.

Wolff admitted that Bottas' confidence is currently "not at the very highest level", but said it is up to the team to help him with that.

"We need him. We need him in the fight for the constructors' championship. (Sergio) Perez will get going at some point, I'm convinced of that."