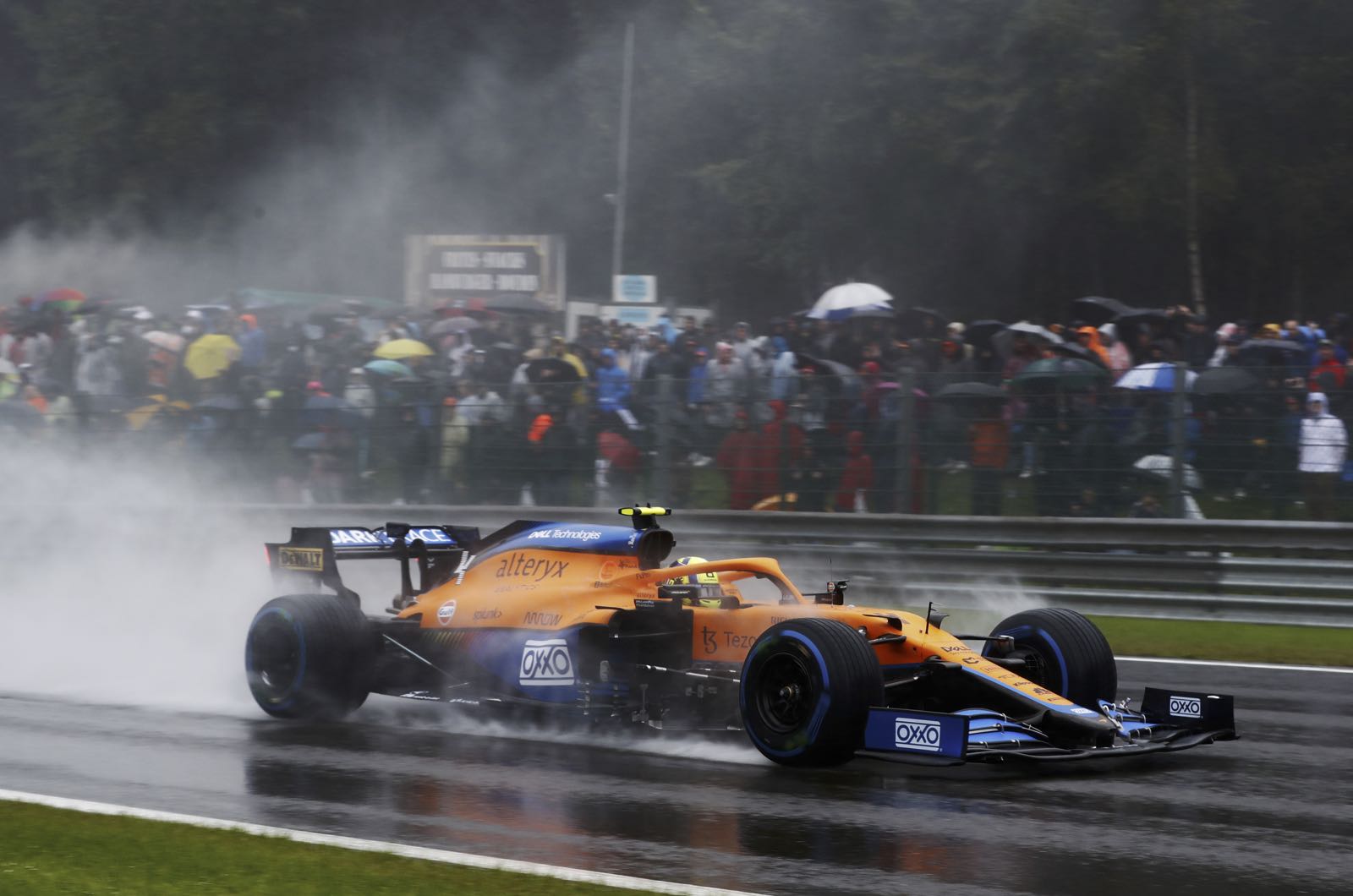 It is "too early to say" whether sodden spectators will receive compensation for the wet and farcical Belgian GP.

In the wake of the highly controversial long delays culminating in two laps behind the safety car that formalised the half-points race result, many are calling on Formula 1 or Spa-Francorchamps to refund disappointed fans' ticket money.

"There was a bit of driving, but there was no spectacle," he said. "There were a few laps behind the safety car, but everyone is sad.

"It's not the best way to end the weekend."

Lewis Hamilton and others are calling on officials to announce a compensation package for the spectators, who waited patiently in the rain for 10 hours only to be treated to the short safety car procession.

"When we returned to the track for the second time, it was incredible to see that the stands remained full," said Haas driver Nikita Mazepin.

"If I was in their place, I would have left already."

Wathelet is not ruling out compensation for the fans.

"First it has to be a bit more concrete. We are not going to create hope with the fans and then not fulfil the promise. It's too early to say if anything is possible."

He is not joining those who are openly critical of Formula 1 for the handling of the situation on Sunday.

"I understand the decision," said Wathelet. "The race directors tried to race on the track, but it didn't work.

"Everyone has their share of frustrations. We now have to find a global solution for it. But we are not going to throw anything on the table that is not feasible."