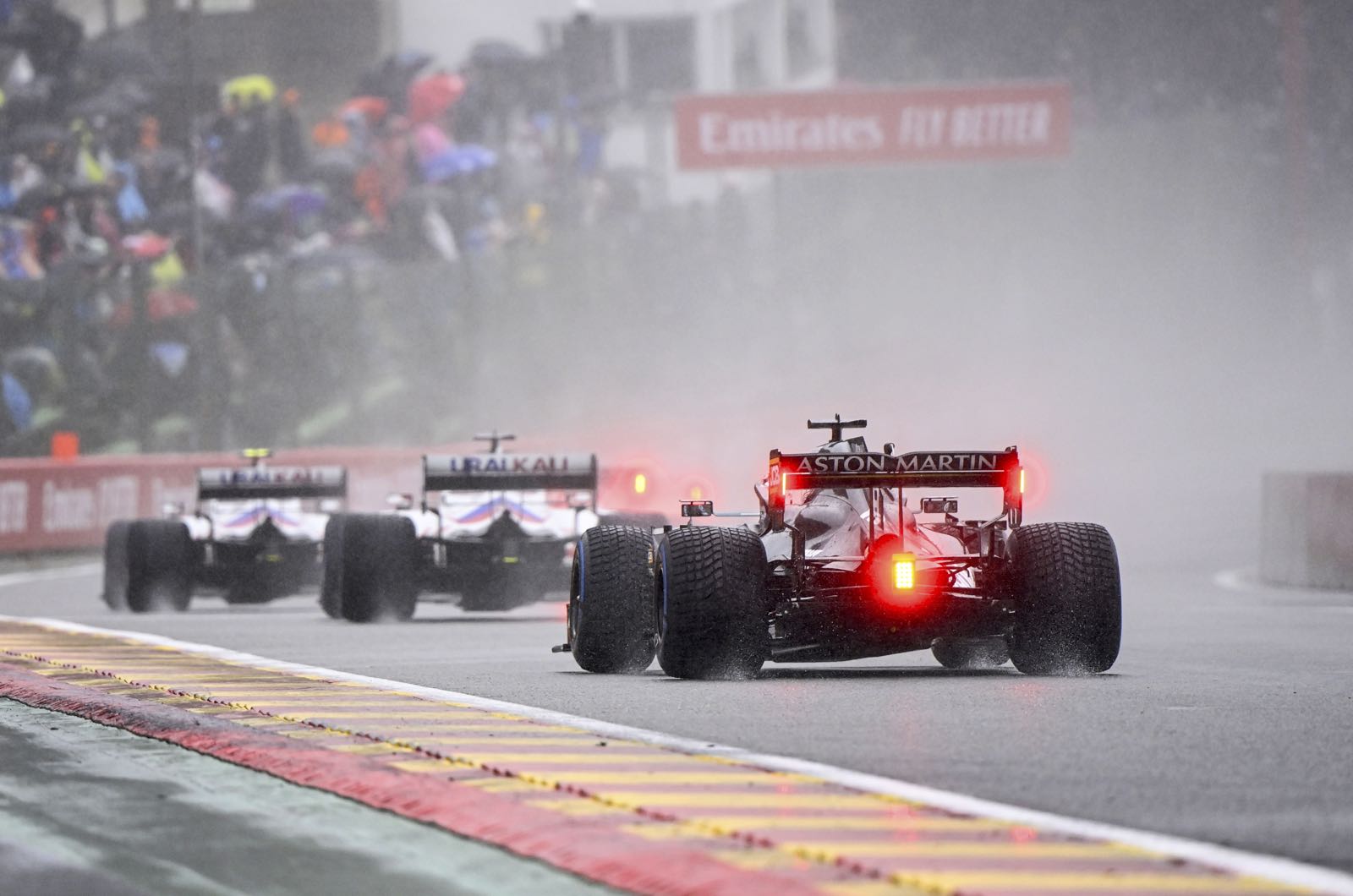 Formula 1 is considering tweaking the rules so that events like Sunday's farcical Belgian GP cannot be officially designated a "race".

Following criticisms from the drivers including Lewis Hamilton and Fernando Alonso, Alfa Romeo on Monday took the step of issuing a media statement to condemn the way the situation was handled.

The team said it would have been "dealt with a lot more appropriately by not having at all the 'race' we witnessed yesterday," Alfa Romeo declared.

"We hope lessons were learnt yesterday, lessons that will improve the way we operate in the future and that put the supporters of our sport in the position they deserve to be."

Alonso told DAZN that while he was tempted to "bite my tongue", he sees Sunday's events as more akin to a "marketing decision" than a competition.

F1 CEO Stefano Domenicali denied those sorts of claims - that considerations about contracts and money led to the farcical two-lap 'race' behind the safety car.

"It wouldn't have been an easy decision," former team owner Giancarlo Minardi told La Repubblica. "They needed to guarantee both safety and contracts.

"My first thought when watching the TV was 'I'm glad I'm not Michael Masi making this decision'."

McLaren boss Andreas Seidl, however, defended the F1 race director, declaring that although "nobody wanted a race like the one we got, in the end there are established rules and they were applied".

The German said it is mainly teams who were disadvantaged from a points-scoring point of view that are now "crying and complaining".

"I think we need to accept that when you are competing, days like this can happen," Seidl added.

Even the international media, however, was scathing of Formula 1's decisions.

Moves are now afoot to ensure that an official two-lap safety car 'race' cannot be claimed to have taken place in the same way in future.

"At our next meeting for next year, we'll look at a whole lot of things that you know we can all look at, to see what everyone wants," said the FIA's Masi.

Putting it more emphatically, McLaren supremo Zak Brown said: "The regulations state that after you do a few laps it can be called a race. I think that needs to be reviewed."