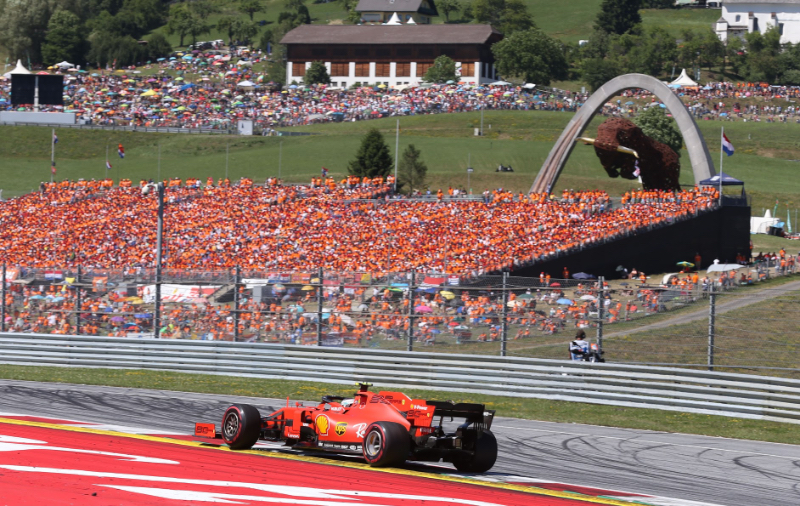 "Several teams" are worried about the looming return of spectators to Formula 1 races.

Amid the global coronavirus crisis, the sport only got up and running again thanks to the 'ghost races' concept which excluded fans from attending.

But organisers of the Russian GP are currently selling about 30,000 tickets for the Sochi race, while Portimao in Portugal are making plans for 50,000 spectators.

"According to our information, several teams are concerned about this and fear for the health of their crews," Bild am Sonntag newspaper reports.

Paulo Pinheiro, the Portimao circuit boss, told Speed Week that the 50,000 figure represents about half capacity.

"It is about not overworking our system," he said. "At 50,000, the pressure is significantly lower."

Pinheiro insists that even though lots of spectators will be present, it does not represent a return to normal for Formula 1.

"When you buy a ticket, you get it sent to your home along with numerous rules that you have to agree to."

Among the rules are restrictions on where rental cars can be hired from, specific routes to the venue, controlled movement around the circuit, and mask-wearing.

"The mask may only be removed for eating and drinking, and those needing to go to the toilet must do so in consultation with the officials. It won't be like normal," Pinheiro said.

He also said 5,000 extra police will be in the nearby regions to control spectator movement.

"We're going to have a big event, but everyone has to follow the rules," said Pinheiro. "We are the test dummy for all future major events, so the fans have to behave correctly."