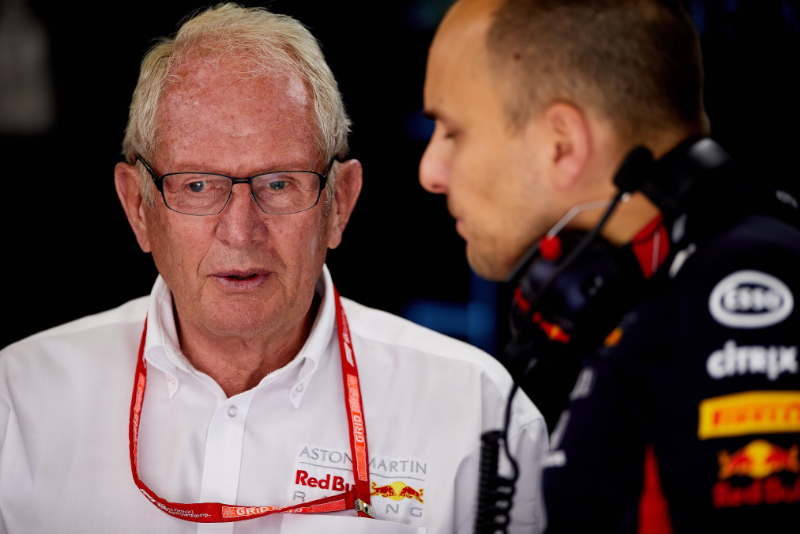 Lewis Hamilton dominates Formula 1 because he has "a more powerful engine".

That is the claim of Dr Helmut Marko, the top Austrian official at Red Bull-Honda.

He is looking forward to the forthcoming ban on 'party mode' engine settings, which has been delayed for a week until Monza following a request not only by Mercedes, but ironically also from Red Bull's partner Honda.

But Marko says Mercedes' big advantage has existed since the beginning of the hybrid 'power unit' era in 2014.

He told Der Spiegel that although Hamilton is a gifted driver, "his enormous superiority results from a more powerful engine".

"It is not the technical product that should stand out, but the person. That is what interests and fascinates people."

He suggests that banning telemetry would be a good way to start addressing the problem, while "radio traffic from the box to the driver" should also be stopped, according to Marko.

"In Formula 1 we are closer to autonomous driving than Google," he insisted. "Everything is determined by the engineers. And that's the wrong way."

Marko also criticised the FIA's ruling on the 'pink Mercedes' case, likening the situation to the way the Ferrari engine legality saga was handled.

"The FIA does not want to hurt anyone again," he said. "It is a compromise judgement that avoids the question: Is the car legal or not?"