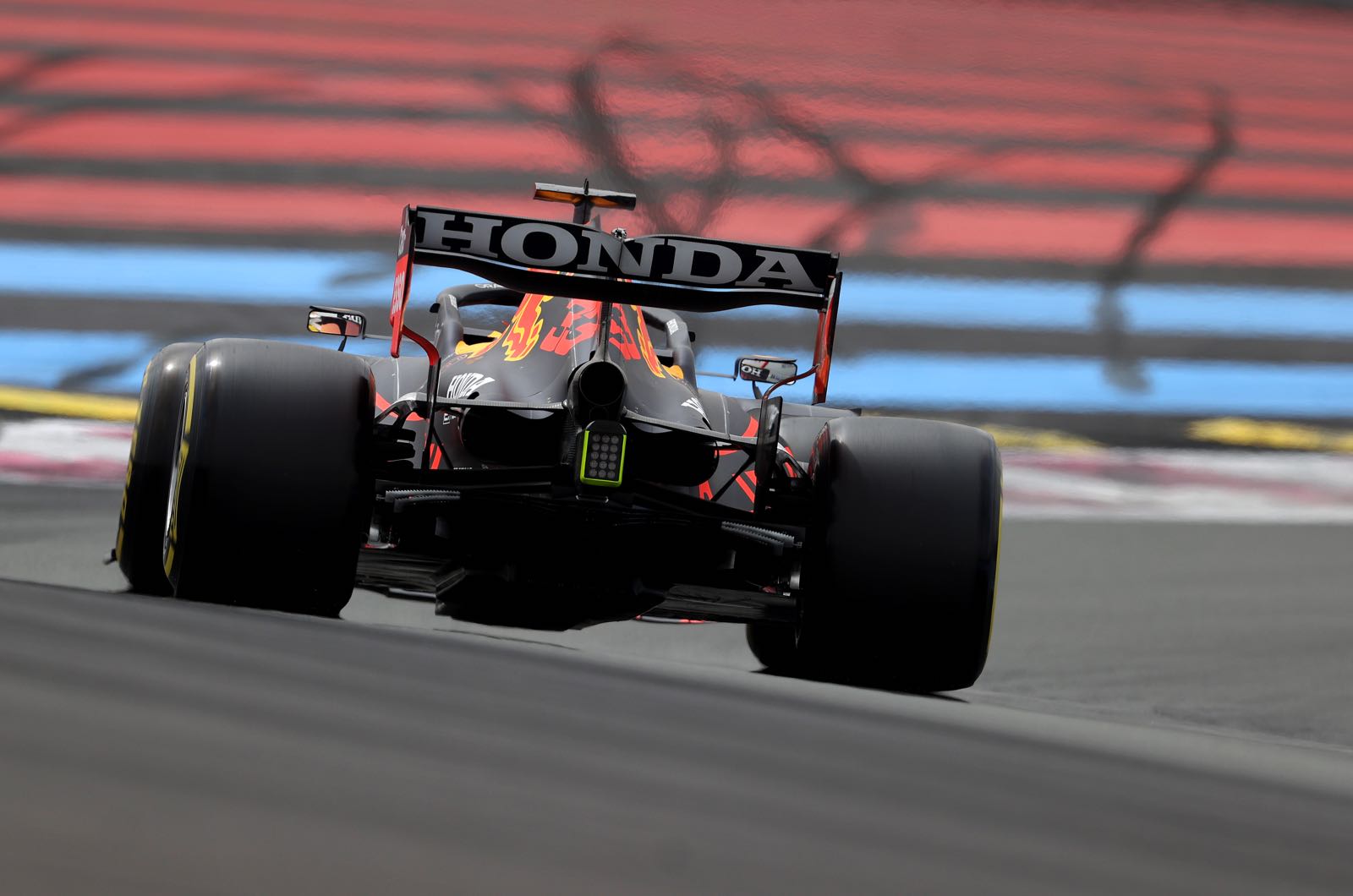 Red Bull has rubbished claims that Max Verstappen is racing ahead of Mercedes because of an improved Honda engine.

While Honda did supply the Dutchman and Sergio Perez with fresh engines at Paul Ricard, reports that it allowed Red Bull to crank out more power were denied by team boss Christian Horner.

"They took a tremendous step forward with their engine," Mercedes team boss Toto Wolff is quoted by the Finnish broadcaster MTV.

"We can't make any improvements to the engines," he said, referring to covid-era restrictions. "So I don't know what he's talking about.

"We used a thinner rear wing, which is why our straightline speed was good. Honda is doing a great job, but we didn't get any horsepower increase."

Whatever the reason, Lewis Hamilton was surprised with Red Bull's step forward.

"They were suddenly three tenths faster on the straights," said the seven time world champion.

"We need to analyse whether it was just the rear wing or something else."

Another explanation is that while Red Bull is determined to seize the opportunity and finally beat Mercedes to a title in the 'power unit' era, Mercedes has openly stopped developing its 2021 car.

"We are 100 percent focused on next year," Wolff admitted to Corriere dello Sport.

"We have to remember that there are many seasons that come after this one. That's why we are focusing on setup and tyre work to go faster this season, not aerodynamics."

Red Bull's ability to ace the so-called 'undercut' at Paul Ricard is another area that caught Mercedes by surprise in France.

"We'll look at that to keep improving," Wolff admitted. "But I think we had a solid race car and I'm glad we saw an exciting race."

And another pair of exciting races now lies ahead in Austria - on a circuit owned and named after Red Bull.

"It's a power-hungry circuit," said Hamilton. "You've got those long, long straights, so we could see something similar.

"We've got three days to see if we can make any adjustments and improvements. Maybe - if we maximise absolutely everything - maybe we can give them a run for their money."