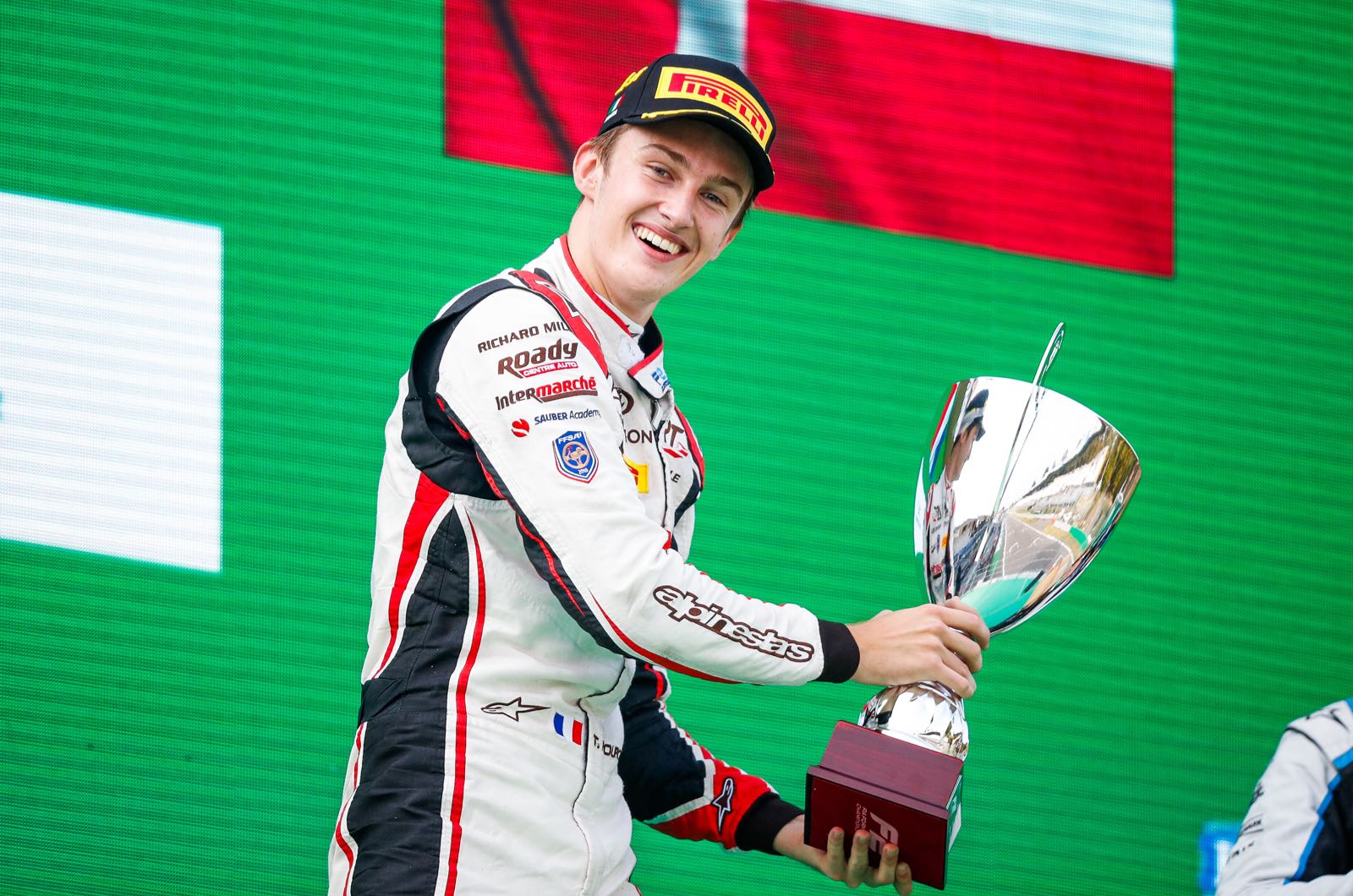 After the Swiss-based team confirmed that Guanyu Zhou will be replacing Antonio Giovinazzi next year, Vasseur's young protege and fellow Frenchman Pourchaire admitted he was "obviously disappointed".

"Even if I am told all day long that I am young and have plenty of time to arrive in F1, I am disappointed because I came very close to this seat," said the 18-year-old.

"It was between Guanyu and me."

Vasseur, though, clearly has bigger plans for Pourchaire in the future.

"He's staying in F2," the Sauber-run team's boss said of Pourchaire, who is currently fifth overall, when asked about 2022.

"We had a long discussion in the last couple of weeks that he did a fantastic season in F2 for the first one, but we have to keep in mind that 18 months ago he was in F4.

"The step between F4 and F3 was huge and he did well in F3, the same for F2. He won this season in Monaco, but the F1 car is so complex and we have just six test days before the season.

"It means that it would have been - from my point of view - too risky. Too challenging to do this step now."

However, Vasseur revealed that Pourchaire will "for sure" get some outings in Alfa Romeo's 2022 car next year on the Friday mornings of grands prix.

"We will do some test days and we will try to prepare him for the future, but the most important thing for him is to win the F2 championship," he said.

Also possible, however, is that Alfa Romeo will still have no room in the driver lineup for 2023, amid rumours the well-financed Chinese rookie Zhou has - like Valtteri Bottas - more than a one-year contract.

"I won't make any comment on the duration, but we are expecting to have a long-term collaboration," Vasseur admitted.