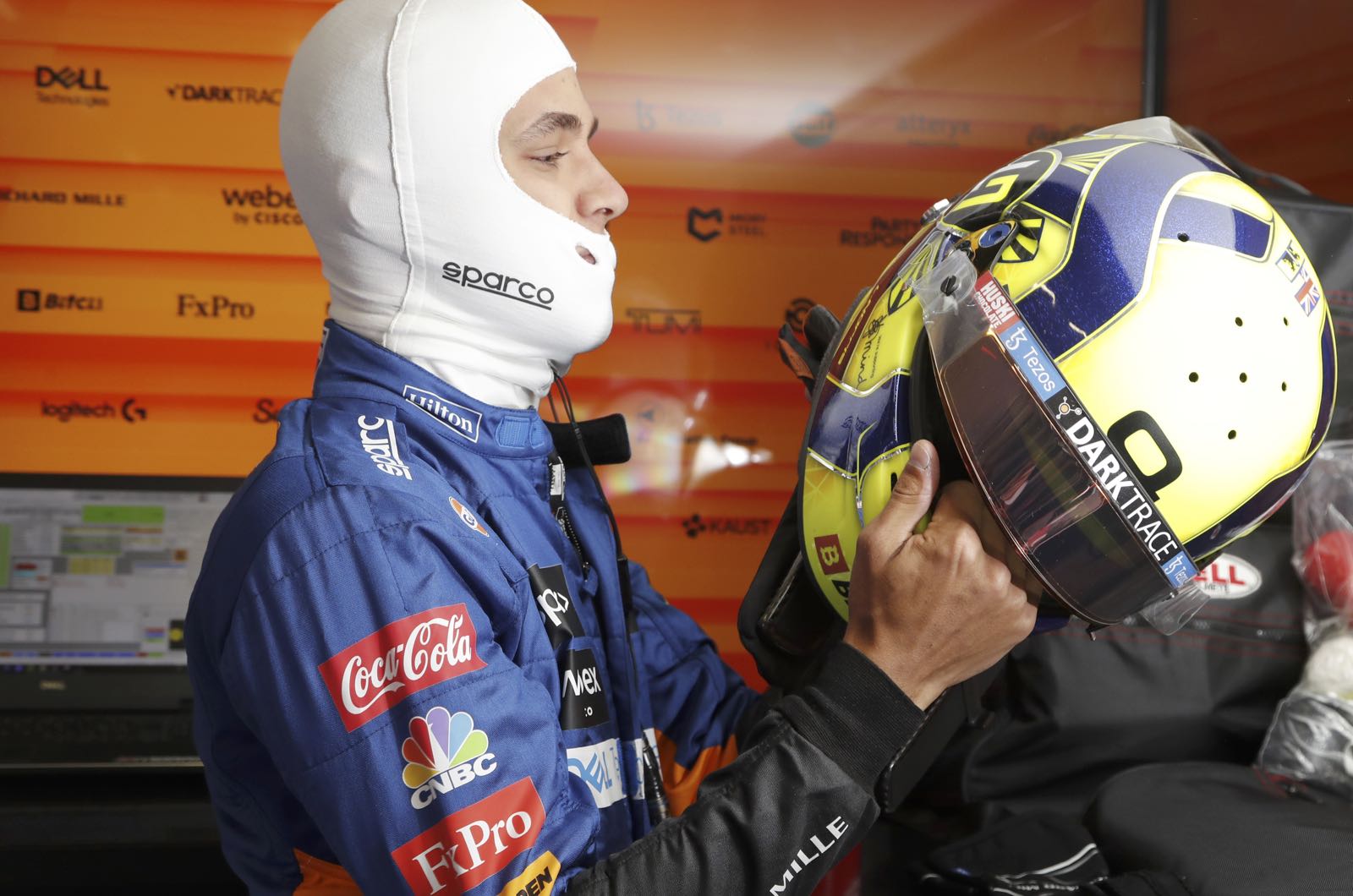 McLaren's star driver is "traumatised" after an incident that followed the European championship football final at London's Wembley stadium on Sunday.

In the chaotic aftermath of England's loss to Italy, 21-year-old Lando Norris was mugged as he returned to his McLaren sports car, and left "shaken" after his expensive watch was torn from his wrist.

"Thankfully, Lando was unharmed", part of a McLaren statement read.

In his own statement, the British driver said he was "doing well" and "trying to make sure I'm ready and in the right zone" for his home race at Silverstone this weekend.

McLaren CEO Zak Brown broke his silence on the incident on Wednesday.

"I have spoken with Lando about it a lot," he said.

"I was mugged three times in Los Angeles when I was younger, so I shared my story. The reality is that there are bad people in the world.

Brown also blasted the organisation surrounding the football final, which he thinks is the reason for the widespread chaotic scenes.

"That needs to be fixed as you shouldn't ever feel in danger at a big sporting event. You'd never see that in Formula 1," he said.