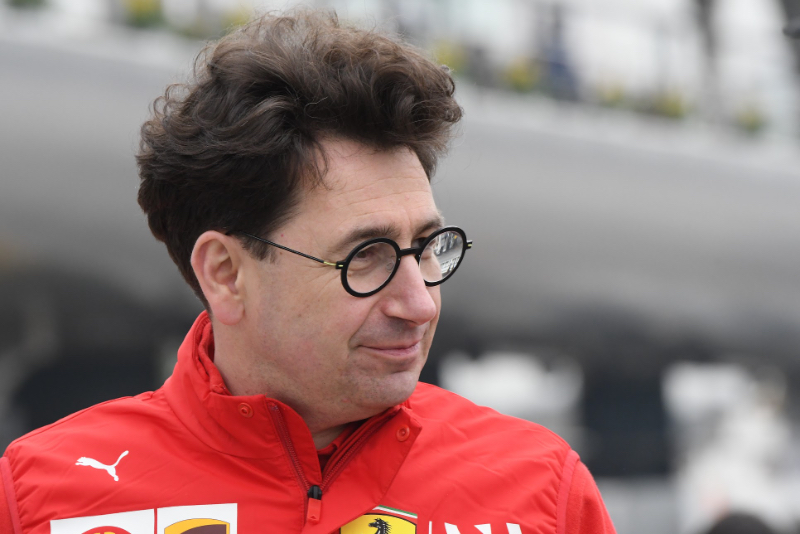 Ferrari will "look at" Volkswagen brands Audi and Porsche's suggestions for the future of the engine regulations in Formula 1.

After the recent meeting in Austria, it emerged that the German luxury carmakers - who are eyeing F1's plans regarding the new engine rules for 2025-2026 - are keen on switching to four-cylinder, all-wheel drive technology.

"That is a solution we can look at," said Ferrari boss Mattia Binotto, amid suggestions the Maranello team is more open than its rival engine makers when it comes to the prospect of major technology changes.

"What we cannot forget is that sustainability and the environment are number one," Binotto told Corriere dello Sport newspaper.

"We mustn't lose sight of that."

The Italian admitted that F1 will need to find a "compromise" solution between the interests of the existing competitors and potential newcomers like the VW duo.

"The compromise that will be reached must balance ethical aspects, innovation and costs," said Binotto.

He said Ferrari's main priority is that the sport remains focused on its 'hybrid' credentials, rather than moving its sights more radically to electrification.

"We have made Ferrari's position in this discussion clear," said Binotto.

"Looking at the future of engines, we must act as forerunners. If the emphasis is on electric driving worldwide, hybrid engines will remain the norm for Ferrari."