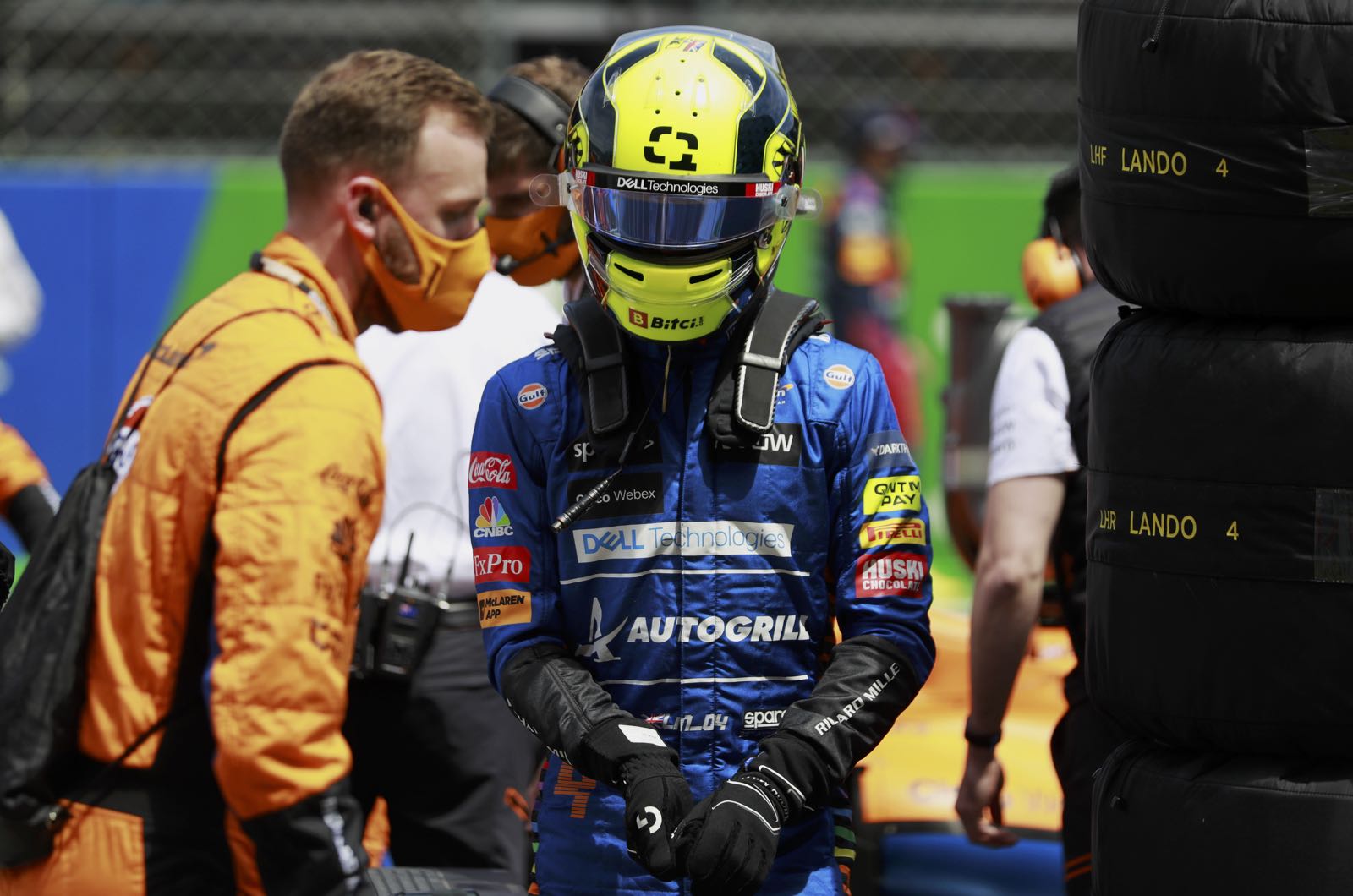 Lando Norris is "the man of the midfield" at present, and he presents a "mammoth task" for his experienced McLaren teammate Daniel Ricciardo.

That is the view of former Formula 1 driver Timo Glock, who has been impressed with Norris' ability to stand out amid the sport's "very competitive" midfield of 2021.

"For me, Lando Norris is clearly the man of the midfield," Glock told Sky Deutschland. "He is delivering extremely well at the moment, driving good races and showing strong overtaking manoeuvres.

"He makes few mistakes, maximises the package that he has available to him and is currently putting a mammoth task in front of his teammate Daniel Ricciardo," the former Toyota driver added.

However, although Ricciardo's struggle to adapt to his new McLaren car hit rock bottom when he failed even to make it out of Q1 at Portimao, Glock thinks the Australian will bounce back.

"We have already seen this when he was at Renault," said Glock, who now races in the DTM series.

"He had his little problems there at the beginning, but got on top of them very well over time. That's why McLaren will have to wait and see how this internal team duel develops," added the 39-year-old.

"In general, McLaren is currently very, very strong and I'm extremely happy for Andreas Seidl, who is doing a really great job in getting McLaren back on track as the third force."

As for Ricciardo, he recovered from his horror qualifying last weekend to finish ninth in the race - albeit four places behind the impressive Norris.

"Of course qualifying was a setback for him and very disappointing," team boss Seidl said. "That is why it was important to hit back in the race.

"I'm not worried. He is a top man and more is coming."