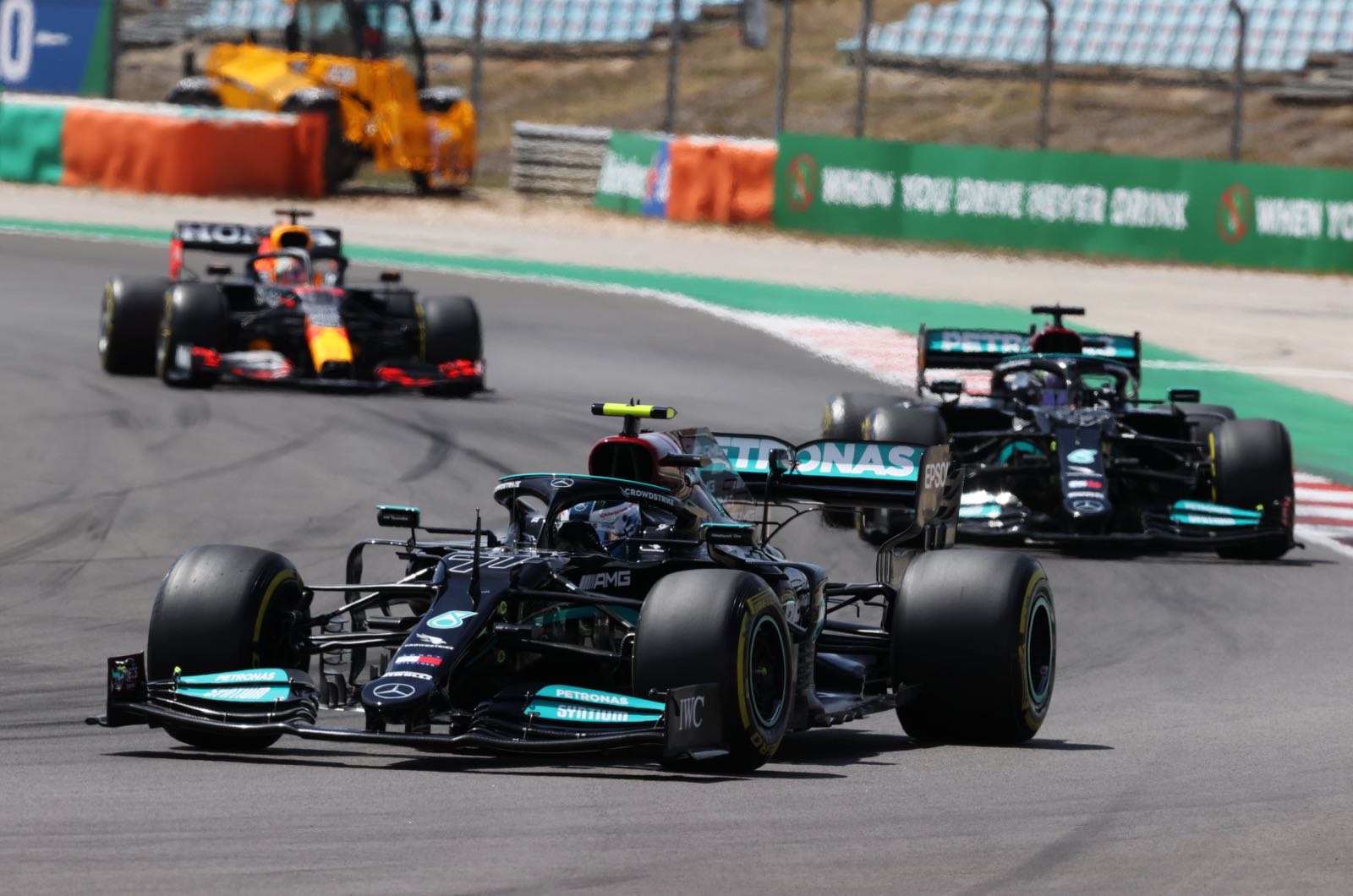 Valtteri Bottas appears to be "lacking some confidence" as his teammate and Max Verstappen race away at the top of the drivers' standings in 2021.

That is the view of former Williams driver Sergey Sirotkin, as he assesses why Bottas has not only fallen behind Lewis Hamilton and Verstappen but even McLaren's Lando Norris.

"Hunt him down Valtteri - you are the quicker car," Wolff told him.

Wolff admitted the radio call may not have been his wisest decision.

"He was really catching up. He was hunting him down," he said. "But when I came on the radio, it kind of flat-lined. So maybe I won't do that anymore."

When asked why he thinks Bottas struggles to compete with Hamilton or Verstappen, Russian driver Sirotkin answered: "It's hard to guess what it is.

"But I wouldn't emphasise the personal side - a driver approaches every fight the same way and it doesn't matter who it is against," he told the Dutch publication Formule 1.

"Looking from the outside, I would say Bottas lacks some confidence compared to Hamilton and Verstappen.

"In a race you always set priorities - do you defend position or think about the longer term? Perhaps Bottas plays a little too safe. He doesn't have that knife-edge approach - either all-in fully or be more conservative.

"It always seems to be a bit in between with him," Sirotkin added.

"Verstappen and Hamilton have much less doubt. They can fight without ruining their tyres, and they can also be conservative and avoid a fight in order to strike later."

Another obvious factor is that Wolff is clearly weighing up whether to keep Bottas for the new regulations in 2022 or replace him with George Russell.

For now, Wolff is backing his current driver.

"It could have worked out for Valtteri, so we continue to push and support him. Next time in Barcelona we will see what he is capable of," he said.