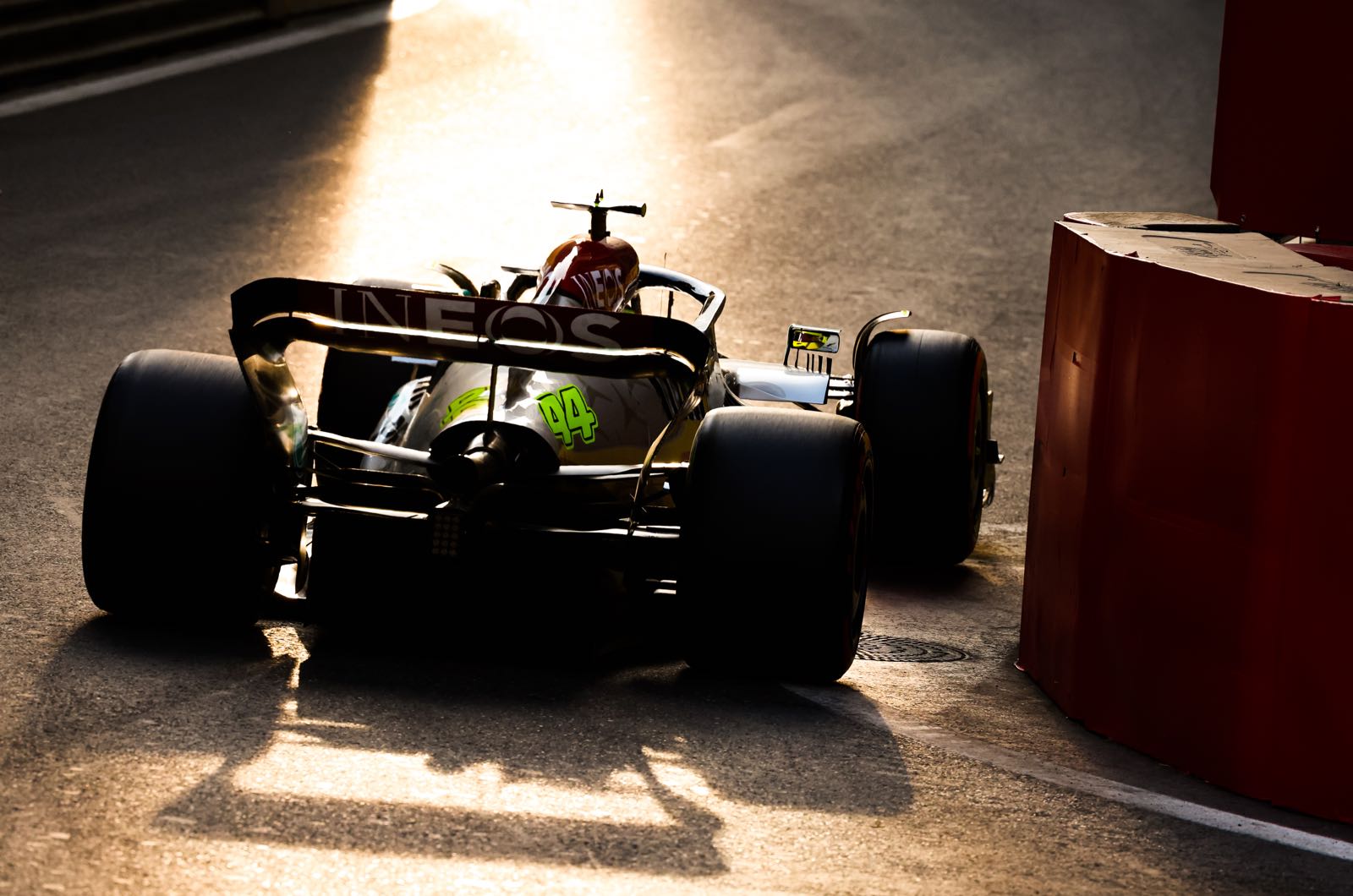 Toto Wolff says he has "no doubt" that Lewis Hamilton will still be in Formula 1 next year.

The seven time world champion is contracted to Mercedes to the end of 2023, but serious questions are being asked about his motivation amid the team's current competitive struggles.

Not just that, the 37-year-old is even struggling to physically handle the extreme bouncing or 'porpoising'.

"All the performance is when you get the car low, so we said 'ok, let's take a beating on our backs and necks'," Hamilton said.

"On Friday, we had so much bottoming I could not finish my long runs because my back was in a real mess," he admitted at Baku.

"Thank god for (physio) Angela, who gave me physio and acupuncture but I was still in quite a bit of pain on Saturday morning."

Hamilton's physical struggle could explain his now consistent gap to new Mercedes teammate George Russell, but even the younger Briton is complaining loudly about the bouncing.

"It's just a matter of time before we see a major incident," he said. "A lot of us can barely keep the car in a straight line over these bumps.

"We're running a F1 car at 200mph just millimetres from the ground and it's a recipe for disaster. It feels dangerous," added Russell.

However, some rival team bosses think Russell and Hamilton's complaints are simply a proxy for a behind-the-scenes argument from Mercedes about the need to change the technical rules.

"Maybe Mercedes have a big issue with it and maybe George is finding a bit of a way out of it, you know?" said Haas boss Gunther Steiner.

Either way, it is not unreasonable to wonder if Hamilton might be thinking about an early retirement in the circumstances.

"Lewis is fully motivated," Wolff insists. "Like all of us, he is looking for a way out of this situation, but that's why we have no doubts that Lewis will drive for us until the end of 2023.

"There is no door open for us next year.

"We're a big family here and from the conversations we're having with each other, there's absolutely no indication that we won't keep winning," the Mercedes team boss told RTL.

"But we don't need to discuss any contract yet because everything is already sealed for 2023."