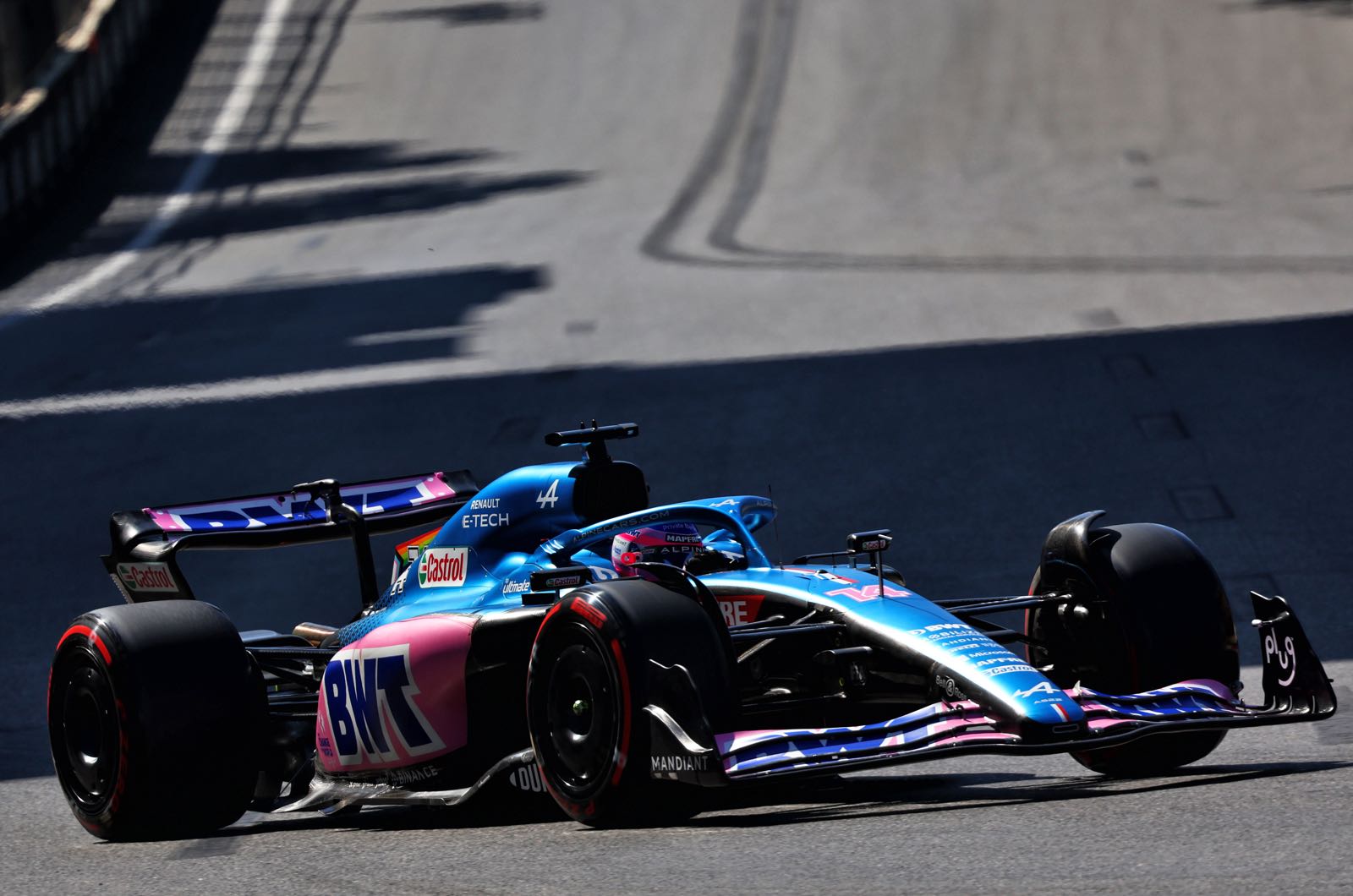 Fernando Alonso denied faking slow pace, mistakes and even a trip into the run-off zone after Alex Albon slammed his "ridiculous" behaviour during Baku qualifying.

As drivers tried to squeeze in another fast lap following the late Q1 red flag, Williams' Albon complained on the radio that Alonso "needs to get penalised".

"He was driving slowly on purpose and then it was so obvious how he went off the track. It was ridiculous. He braked so early and then he just went off the circuit," Albon said.

Alpine driver Alonso, however, shifted the blame onto Albon.

"I came out on used tyres and was going slower than them, but hey, this is Baku," the Spaniard told DAZN. "If they started a minute earlier they would have been ahead of me."

Alonso also denied he faked the trip into the run-off directly in front of Albon.

"Sebastian (Vettel) went into the wall at the same corner; the McLarens too," he said.

Albon, however, was unconvinced that Alonso had made genuine driving errors.

"It's one of those things. I'm not angry at Fernando, he's a smart guy and he plays the system well."